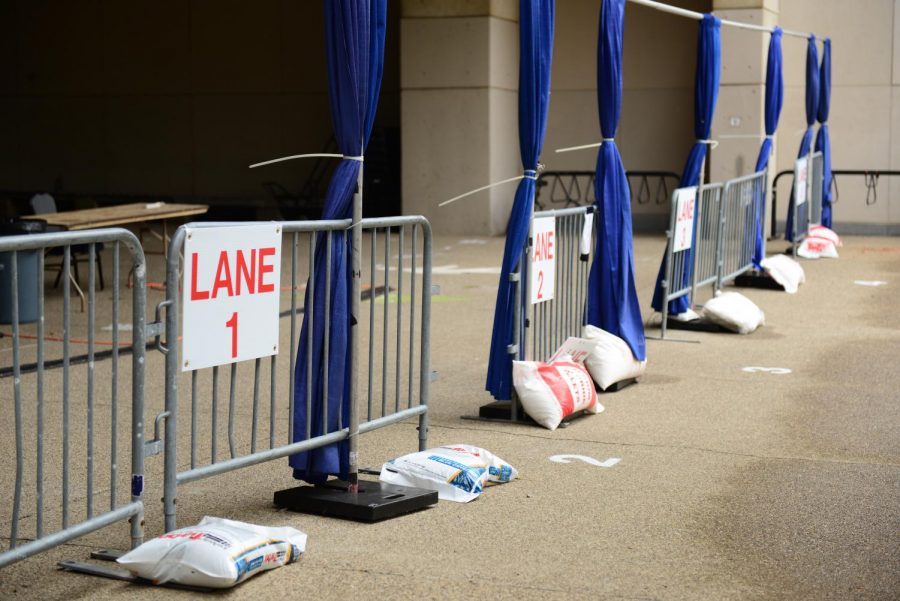 Pitt added 33 new COVID-19 cases, composed of 32 students and one employee, in the three days with reported cases since Monday. This follows an increase of 46 new cases, composed entirely of students, between Aug. 24 and Aug. 30.

The University has had a total of 128 students and 27 employees test positive since June 26, with 67 students and 25 employees recovered thus far. According to the University’s COVID-19 Medical Response Office, over 80% of all active cases are students living off-campus.

Pitt announced this week that it would release case numbers twice a week, on Tuesdays and Fridays. This case report is the first since the last wave of students moved into on-campus housing, and the fourth since move-in began on Aug. 11.

The University also announced stricter face covering requirements Friday, enforced for students through the Student Code of Conduct, requiring community members to wear them in public, on campus and inside campus buildings at all times. Coverings can only be removed when eating or drinking in a designated dining area, when in an enclosed private, single occupancy space, or while in living space with pod or household members. The new policy also said coverings are required while outdoors, except when eating, drinking and, while Pitt is in the Elevated or Guarded Risk postures, exercising.

Pitt has implemented a systematic, random testing strategy, where it has said it will test several hundred students each week on Mondays and Wednesdays. Out of 281 students without COVID-19 symptoms randomly tested on Wednesday, there were two positive cases, leading Pitt’s total prevalence rate to rise slightly to 0.36%. This is a modest increase compared to the 0.31% prevalence rate reported Monday.

There are 61 students currently in isolation housing, which is reserved for those who have either a confirmed or suspected COVID-19 infection. Pitt has a capacity of 179 beds, with the ability to add 20 more.

Dr. John Williams, the head of Pitt’s COVID-19 Medical Response Office, said the higher number of positive cases now being seen are “due to individuals not wearing face coverings and not adhering to physical distancing.”

“While surveillance testing shows us the majority of students are being careful, the rise in symptomatic cases shows that even if a small number of people aren’t being careful, it can have an outsized impact on the entire community,” Williams said. “Every student should remember that they are taking these precautions for themselves but also for their friends and the community that we are in.”

The University has implemented a variety of new policies due to the pandemic, though some community members question whether the safeguards are sufficient. All students are asked to shelter in place for seven days before and after arriving in Oakland, though officials have said that Pitt will not track whether or not students have completed the shelter-in-place period. Pitt has also planned testing of students to monitor the virus’ spread, required students, faculty and staff to complete COVID-19 training and imposed strict penalties for violations of health guidelines.

Kenyon Bonner, the vice provost and dean of students, said student organizations that host a party or event can face suspension, and students hosting large parties can be suspended. Students living on campus who attend large parties can have their housing suspended for the semester, and students living off campus can be switched to persona non grata status, preventing them from entering University buildings or property.

Although Pitt is implementing the new [email protected] teaching model, which allows students to experience classes “in person, remotely, synchronously or asynchronously,” it extended online learning until at least Sept. 14 to allow for all students to start in-person classes at the same time. The University previously said classes would transition to in-person instruction Aug. 24.

Provost Ann Cudd said she believes this delay in the start of in-person classes will allow all students to start on an equal footing.

“This adjustment to the schedule will allow for the completion of staged arrival and shelter-in-place procedures so that all students can start in-person classes at the same time,” Cudd said.