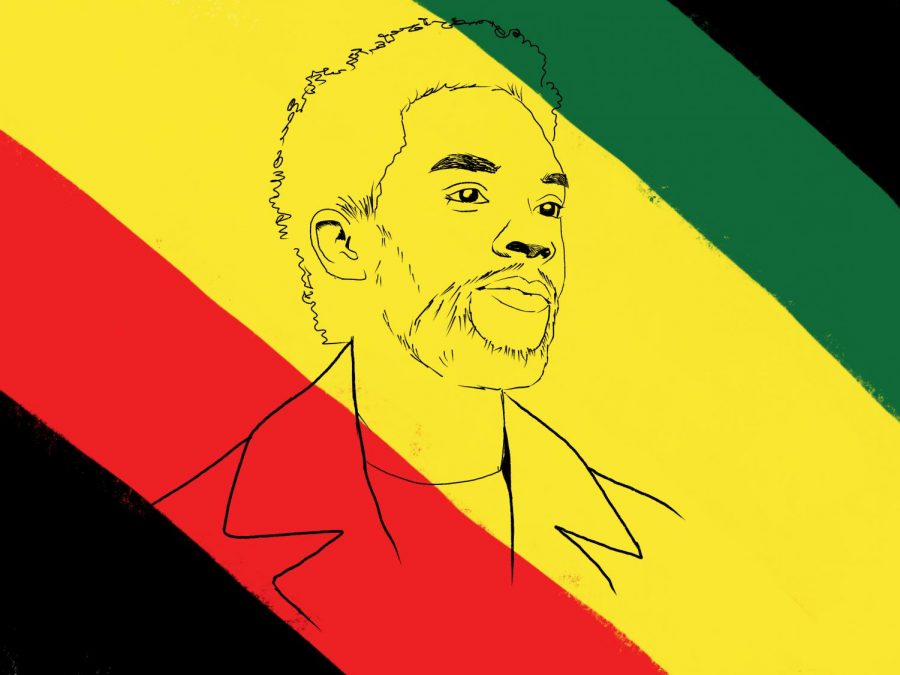 This year has taken so much from so many people that it’s hard to even quantify the amount of grief everyone has experienced. And just when it couldn’t get any worse, many comic book and movie fans were slammed with the passing of a giant.

Chadwick Boseman — known for his acting credits as Black icons Thurgood Marshall, Jackie Robinson, James Brown and the Marvel comic book king T’Challa — died after a four-year battle with colon cancer on Aug. 28. Boseman was only 43 years old, and the public and his peers were mostly unaware of the severity of his disease until his official Twitter account announced his passing.

For Marvel fans, Boseman’s death is a particularly hard blow. Boseman — who portrayed King T’Challa of Wakanda, a futuristic country in Africa powered by the fictional metal vibranium — was the first Black superhero to have his own movie in the Marvel Cinematic Universe.

Yona Harvey, an associate professor of English writing who worked on the Marvel Comics series “The World of Wakanda,” said when she found out that night, she had to take a long moment to sit down, where she and her friends tried to absorb his death.

“A friend of mine told me late at night. I was really relieved that my friend told me and I didn’t see it while I was online,” Harvey said. “I was just very shocked, it was very hard to believe, we all sat there for a minute, stunned.”

Not only did “Black Panther” feature a predominantly Black cast with award-winning actors such as Lupita Nyong’o, Michael B. Jordan and Forest Whitaker, but it also garnered multiple nominations at the 91st Academy Awards, including Best Picture.

Harvey said seeing “Black Panther” in 2018 was an otherworldly experience, and she was among the large group of people who went to go see it multiple times in the theaters.

“It was breathtaking. It was incredible,” Harvey said. “It was not only magnificent in the greatness of the film, but in the energy of the audience. To be sitting there and listening to people cheer and gasp and yelp, that made it amazing.”

Kate Schillinger, a sophomore chemistry major, emphasized just how much the film had an impact on minority storytelling. She said she thought Black culture and pride flourished in “Black Panther,” unlike some of Hollywood’s other minority-dominated movies.

“His story wasn’t marginalized. A lot of times, we see movies with a predominately minority cast and the movie is marginalized,” Schillinger said. “But when you look at ‘Black Panther,’ it was a more open story that people could relate to.”

And much of the movie’s magic rests on the shoulders of its star, King T’Challa. Anna Speciale, a first-year information sciences major, said she felt Boseman brought a unique kind of grace to the character that reflected his real-life personality.

“He just brought such poise [to T’Challa], and it felt like he was royalty, but he had a big heart and he cared a lot about his people,” Speciale said.

“Black Panther” made more than $1 billion and was the highest-grossing film of 2018 in the United States. Zachary Stata, a junior computer science major, said this was not only an amazing feat for film but for Marvel as well, considering most of its money-makers had been mashup Avengers movies.

“Avengers movies were the most popular, and for Chadwick to carry the movie to such success with really only one iconic character just proves how well done it was,” Stata said. “I think it’s an experience in the Marvel Cinematic Universe that is likely to never be replicated ever again.”

But the success of “Black Panther” and Boseman meant more than just numbers. Harvey — who, like Boseman, is a graduate of Howard University — said her grief stemmed chiefly from the reactions of Howard alumni.

“There’s a beautiful photo of Chadwick Boseman and the president of Howard when he came back in 2018 for the commencement address, it just captures that spirit so well,” Harvey said. “There’s so much love and pride in that one photo.”

Many reactions to Boseman’s death have been in this vein — great sadness, but much love for his work and his activism. Simu Liu, the star of Marvel’s upcoming film “Shang-Chi and The Legend of the Ten Rings,” featuring a predominantly Asian cast, said on Twitter that his career would not have been possible without Boseman’s work.

Stata made this comparison as well. He said because of Boseman’s work, there is a noticeable change in how superhero movies are made, with more minority actors and stories — such as Shang-Chi and the casting of actor Anthony Mackie as the new Captain America — at the forefront.

“Who would have known if all of that would have been possible without Chadwick Boseman and how he carried ‘Black Panther’ to what it became,” Stata said.

For now, whether or not Marvel will recast the role of T’Challa is up in the air. But Harvey said for her, no matter what happens with the movies, Boseman is her Black Panther.

“It’s hard to imagine someone else playing that role,” Harvey said. “Whenever I think of Black Panther on the screen I think of Chadwick Boseman.”