Pitt placed in geographic pods for remainder of fall sports 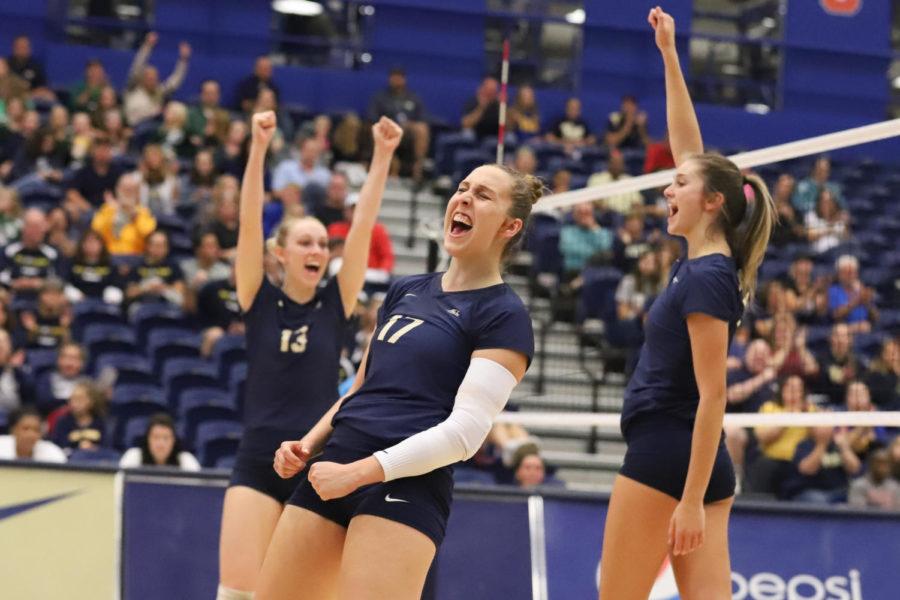 Panthers volleyball will start its season late with its first match on Sept. 25 in Syracuse, New York, against the Orange.

After ensuring that the fall football season was feasible amid the COVID-19 pandemic, the Atlantic Coast Conference moved to establish guidelines for the five other fall sports its member schools play.

The conference announced a limited, regionally focused schedule for each fall sport Friday morning. After a late start, volleyball, cross country and soccer will make their returns to Pitt’s campus.

Panthers volleyball will follow up a 30-2 season last year with an eight-game slate against regional pod teams Boston College, Syracuse, Notre Dame and Louisville. Pitt will play each opponent twice at the same venue in the same weekend. The first match will take place Sept. 25 in Syracuse, New York, against the Orange.

Men’s and women’s soccer will also try to sustain momentum created by milestone seasons a year ago. Both teams will hold their first games this weekend.

The women’s team will play eight games from Sept. 17 until Nov. 1 and are barred from traveling to away games by plane more than twice or less than once. A tournament between the top eight teams from Nov. 15-18 at WakeMed Soccer Park in Cary, North Carolina, will decide the conference title.

The men’s team will play a six-game schedule against teams in its regional division. Pitt will compete in the North region against Syracuse, Notre Dame, Louisville, Virginia and Virginia Tech. The four North Carolina schools will host an eight-team conference championship tournament from Nov. 15-18. The championship game will be played at WakeMed Soccer Park on Nov. 22, as well.

Cross country will run a seven-week regular season beginning Sept. 11 and ending Oct. 24. Less than one week later, the ACC Championships will be held at WakeMed Park on Oct. 30. The Panthers have two interscholastic meets scheduled — one against Navy for the men and women, as well as a women’s-only meet at West Virginia.

Field hockey is not sponsored at Pitt, but the ACC’s seven teams will play six games against each other over seven weeks. The conference champion will earn their title at the end of a single elimination tournament played at Duke’s Williams Field from Nov. 5-8.