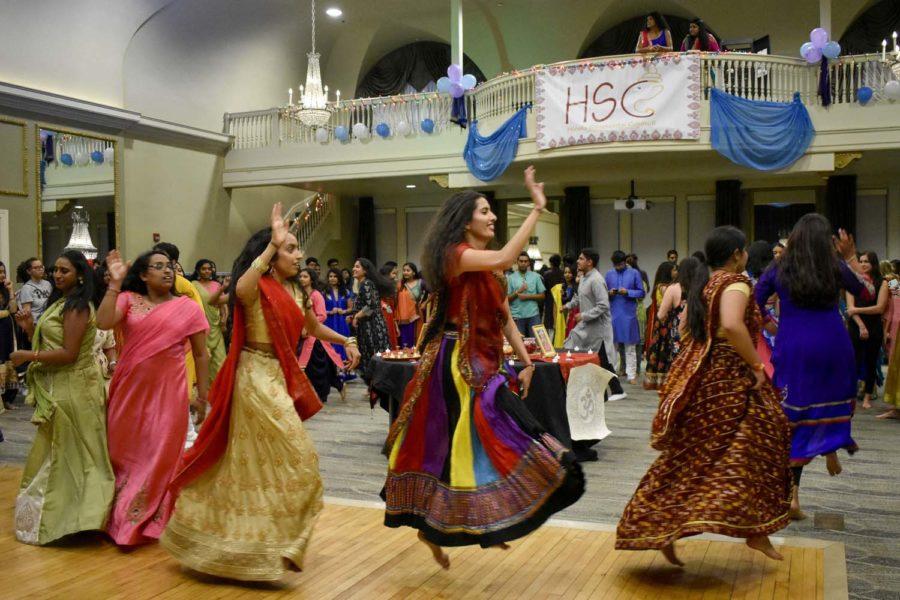 Many Hindu Students Council festivals and events — such as the festival of garba, where participants dance together in a concentric circle — don’t translate to a virtual environment.

The Hillel Jewish Student Union used to pack hundreds of students into its Forbes Avenue building almost every Friday evening. Although students can no longer gather in crowded rooms, they’re still spending their Fridays with a few friends and a whole lot of challah.

From socially distant Shabbat to virtual Bible studies to international pen pal programs, students of various religions are solidifying their faith and their communities while following public health guidelines. Faith groups across campus have adapted their usual programming to distant and online formats, although not every event can simply occur over Zoom.

According to Kari Semel, Hillel’s Janet L. Swanson director of Jewish student life, about 130 students register for a prepackaged dinner to pick up each Friday evening. Students who wish to have a religious ceremony can also request a ritual kit, and the Shabbat2Go meals also come with fliers containing links and QR codes for Zoom gatherings.

Eli Sigman, Hillel’s student president, said the socially distant dinner functions not only as a meal but also as a way for students to connect, as many organize picnics or share meals with roommates.

“Shabbat is typically a very communal moment in Hillel,” Sigman, a senior mechanical engineering major, said. “I think it is really lovely when students can join their friends over a Shabbat meal in a safe way that still preserves some of the communal aspect.”

Sigman said the group also plans on hosting gatherings, text readings and meditations over Zoom for Rosh Hashana and Yom Kippur, as well as a Challah braiding challenge to support Hillel’s organization Challah for Hunger.

Another religious group operating this semester is Pitt’s Muslim Student Association, which will have its first Zoom meeting Thursday. But Musab Shaikh, the club’s president, said MSA can’t do its weekly jumah — or Friday prayer — virtually due to religious restrictions.

“Because [the William Pitt Union] is closed, we haven’t had our Friday religious prayer going on and we don’t know what we’re going to do going forward,” Shaikh, a senior biology major, said. “A lot of our religious prayers and religious activities require us to be in person, but of course we’re trying our best to restrict that or not have any this semester.”

Nidhi Iyanna, the president of Hindu Students Council, said the group’s festivals, some of the largest events on campus, also don’t translate to a virtual environment. The festival of garba, for example, requires participants to dance together in a concentric circle, while HSC’s Diwali celebration usually involves performances from campus dance teams.

“You have to participate in the holiday. You have to be the one dancing. We dance in a concentric circle and it’s hard to do that over Zoom,” Iyanna, a junior biology major, said. “We can’t have the dance teams perform either because dance teams aren’t even hosting practices anymore.”

Although COVID-19 has limited the ability of faith groups to hold some of their most important religious events, going online has also given them new opportunities. Iyanna said HSC is using its virtual general body meetings to discuss current issues in Hinduism and plans to set up a pen pal program and Instagram campaign to introduce students to Hinduism around the world.

“You learn about your religion from how your home country does it, like India and here in America, but you never really talk about Hinduism in Cambodia or the U.K.,” Iyanna said.

Other groups are seeing a membership boom during COVID-19, since it’s easier to connect online. Shaikh said he’s seen an increase in the number of first years and sophomores interested in joining MSA.

“Our roster is more than double what it was last year,” Shaikh said. “Coronavirus didn’t really restrict that.”

Sam Smallwood — president of Cornerstone, an interdenominational Christian group on campus — also said he felt the organization had more success recruiting members at this year’s virtual activities fair than it did when the fair was in person. Smallwood, a senior economics and statistics major, said although less people than usual stopped by the group’s Zoom call, he felt he was able to better connect with those who did.

“We had more in-depth, detailed discussions with all of those who stopped by than we would have in the Pete, where the huge crowds and the insufficient time to talk too long make it harder to make those connections,” Smallwood said.

Operating virtually also has its drawbacks. Cornerstone hosts large Zoom meetings Wednesday nights, with smaller, specialized group meetings throughout the week. According to Smallwood, the turnout for his Thursday night first-year Bible study has been low, but he said he thinks that will change later in the semester.

“I am hopeful,” he said, “that this [low turnout] will change as the year progresses and people grow more comfortable, are able to better manage their busy schedules and want to learn more beyond the large group.”

According to Smallwood, Cornerstone plans to ask the Student Organization Resource Center for permission to host its Wednesday events in-person again, but he said he doubts whether SORC will consider Cornerstone’s meetings necessary enough to warrant the risk.

“I am obviously not the most hopeful on our chances, although I think our large group has the best odds since we are more limited in our structure with that on Zoom and we have all the guidelines in place to keep people safe and group sizes limited,” Smallwood said.

Semel emphasized that even though Hillel wants to have in-person Shabbat dinners in the future, she wanted to perfect the socially distant Shabbat before considering other face-to-face options.

“This was the best solution for a system that would help us grow and develop,” Semel said. “This type of Shabbat in a box is something we’ll have to provide no matter what we do. We really wanted to nail that system first.”