Pitt prepares for new slate of intramural sports this fall 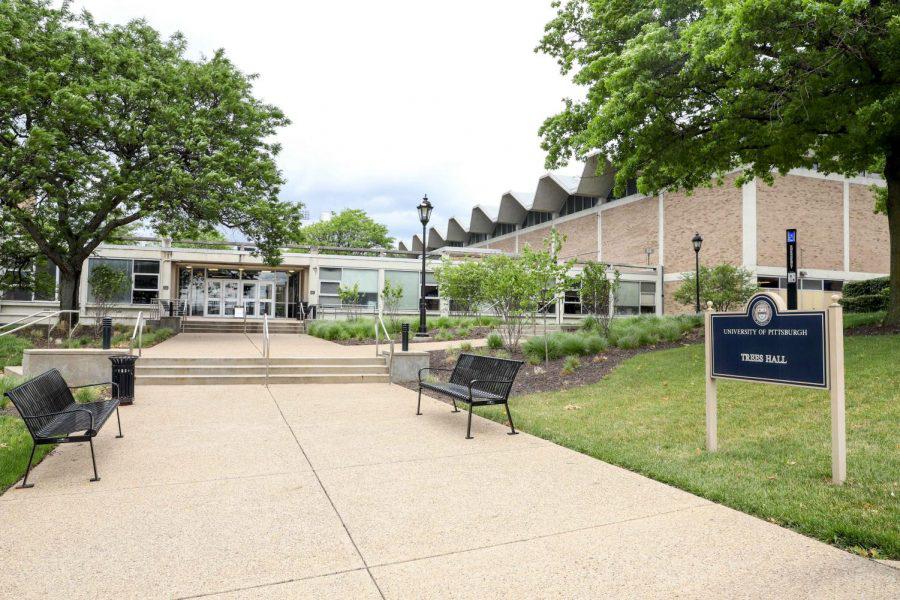 Pitt will hold intramural sports in the Cost Sports Center, Trees Hall and Fitzgerald Field House. The capacity at each event during game time will be 25 people.

As Pitt students slowly acclimate themselves to an unusual fall semester, they’ve had to adjust their routines to stay entertained in their free time. No longer can college students safely party in large numbers in South Oakland, attend concerts and sporting events or play pickup basketball at Trees Hall.

While many experts have encouraged outdoor activities that allow social distancing such as running or walking, most team sports cannot occur without significant risk of spreading COVID-19. To help students remain active and occupied, Pitt has offered a modified slate of intramural sports that will begin play in late September.

Pitt students could participate in intramural basketball, indoor soccer, touch football, volleyball and a one-day cornhole tournament last fall. While volleyball and cornhole are here to stay this time around, dodgeball, kickball and esports will replace basketball, soccer and football.

Although the ACC categorized volleyball as a high-risk sport in its recent medical advisory report, the intramural gameplay will look much different than the varsity level. Only four players from each team will play at a time, as opposed to the standard six. Bill Wallace, Pitt’s intramural sports coordinator, said the change would help players maintain distance from each other.

“We felt with specific guidelines in place, these sports would be low-risk,” Wallace said.

Wallace also said Pitt will require every player competing in all of their in-person intramural sporting events to wear a mask at all times, and shorten games to allow students time to exit before the next hour of players come in. Balls will be wiped down after every game, and each cornhole participant will use their own set of bags, instead of switching with their partners.

Pitt will hold the intramural sports in the Cost Sports Center, Trees Hall and Fitzgerald Field House. The capacity at each event during game time will be 25 people.

Although most sports have suffered, video games have emerged as a safe stress-reliever during the pandemic. Pitt experimented with their popularity this summer, offering esports as the only intramural activity available.

Hunter England, Pitt’s coordinator of competitive and recreational sports, said the increased popularity of video games has led the campus recreation staff to bring up the idea in the past, but it didn’t receive significant traction until the pandemic.

“The push for virtual programming due to the pandemic was definitely a contributing factor to getting it added to the intramural offerings,” England said. “As a gamer myself, I was excited to be a part of the introduction of esports into our intramural programming.”

Over 100 participants signed up across various intramural esports leagues, which included FIFA 20, Madden NFL 20, NBA 2K20, NHL 20 and Rocket League. Participants used their own consoles for all of the matchups.

After receiving their assigned matchups on the IMLeagues website, players were expected to contact each other to set up a time to play the games. They could set up their matchups anytime that worked for them during the week, as long as they reported the score before Sunday at midnight.

Some leagues had very active participants, while some weren’t as responsive. Dylan Baird, who signed up to play FIFA over the summer, played his first two matchups but said the season fell through quickly. He said his opponents didn’t respond when he attempted to reach out in the second week.

“After week two, I never heard anything from another player,” Baird, a senior finance major, said. “I kind of gave up on it too because I was like, ‘I don’t know what to do now that we missed two weeks.’”

Despite his first season dying quickly, Baird called intramural esports a “really great idea,” and said he thinks it just hinges upon the participation of the players that sign up. He said he might play again in the fall and is expecting more players to sign up than in the summer.

“I feel like at the end of last year, not a lot of people knew about it,” Baird said. “I feel like in the fall with kids still inside and everyone still on campus we’ll probably have a better turnout.”

England confirmed that some common complaints included players having trouble contacting their opponents. To increase participation and consistency, Pitt has decreased the amount of weekly matches from two to one, and they added a quiz to the registration process to make participants aware of the rules and responsibilities.

England said he thinks with the new changes, esports will provide a great opportunity for students to stay engaged and competitive while remaining safe.

“Gaming is becoming more and more popular, and more and more competitive, so it is a fun addition to the intramural offerings,” England said. “We are glad that participants enjoyed gaming against their fellow Pitt Panthers over the summer, and hope to see that excitement continue.”

The fall intramural season will kick off with a cornhole tournament Sept. 20, and esports and volleyball starting the next day. Dodgeball and kickball will begin Sept. 28, with all of the sports wrapping up by the first week of November.