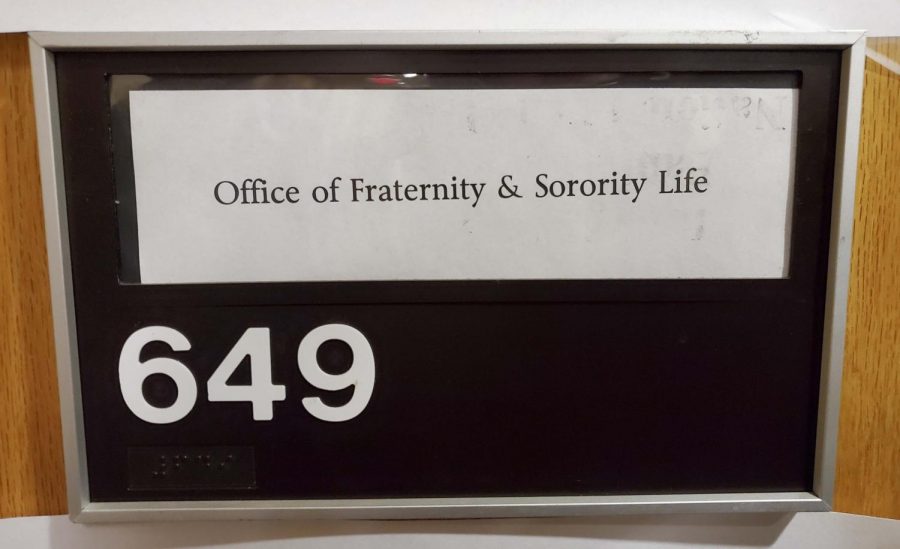 Active fraternities and sororities have been conducting virtual recruitment this year.

By Thea Barrett and Maura Scrabis

Amid a crackdown on Oakland parties and the student organizations hosting them, some groups are holding themselves to a higher standard. John Altvater, the vice president of recruitment for the Pi Lambda Phi fraternity, said his chapter has closely followed COVID-19 health rules and encourages all Greek life chapters and other organizations to follow them.

“We know what’s at stake here, and it’s really irresponsible for people to be getting together and [breaking the rules] right now. We haven’t had any parties, no brotherhood events,” Altvater, a senior political science major, said. “We know better. As a community, we have to do better.”

After the first round of suspensions, the presidents of the three main Greek life councils — the Collegiate Panhellenic Association, the Interfraternity Council and the National Pan-Hellenic Council — released a joint statement criticizing members of Greek life who break health guidelines.

Active fraternities and sororities are conducting recruitment normally, or as normal as possible virtually. Fall recruitment is a semester-long activity, with specific dates varying depending on the chapter. Because students have to complete 12 credits before joining a Greek organization, fall recruitment only includes sophomores, juniors, seniors and transfer students. FSL 101 classes, which are mandatory for all students who wish to participate in recruitment, will be held online this year.

Due to the lack of in-person events, Student Affairs spokesperson Janine Fisher said the Office of Fraternity and Sorority Life recommended that all chapters decrease their dues for the fall. She added that some will offer payment plans.

“OFSL provided guidance to chapters to lower their chapter dues, since chapters would be doing less in-person programming and would not have the same expenses as they would in a typical year,” Fisher said.

Many chapters are trying to make the recruitment process fun and creative, even over Zoom. Altvater said he is coming up with new activities such as a Jackbox game night.

“You can buy a pack of like five games and play on the computer, and people can play on their phone,” Altvater said. “I figured if I can find a way to display the game, I can have the new guys playing it and have the old guys playing it, it might be a good chance for us to laugh a little bit.”

Josh Wiener, president of the Interfraternity Council, said the council has taken all precautions to make events as fun as possible while following health guidelines.

“While it has been difficult, we’ve taken every measure to make sure that we keep activities as fun and valuable as they were before the pandemic while following social distancing guidelines and public health policy,” Wiener said.

Abbie Krefta, a sophomore ecology and evolutionary biology major who transferred to Pitt this fall, is one of the dozens of students who decided to join a social sorority this fall. She said she is disappointed that the recent suspensions have limited the number of sororities she can pursue, but she believes safety is the top priority.

“It definitely is unfortunate, because in a way it limits what sororities I am able to pursue,” Krefta said. “But at the end of the day safety and social responsibility are integral to our moral obligations.”

Krefta added that due to the pandemic and being a transfer student, she thinks joining Greek life is a great opportunity for her to meet people on campus, even if it’s virtually.

“I am really excited about recruitment,” Krefta said. “I just transferred to Pitt this semester, so I am looking to get involved on our campus past the academic level, plus recruitment is a great way to push myself out of my comfort zone and make new friends.”

Greek life chapters outside of the three councils are adjusting to virtual recruitment, as well. Lena Constable, the vice president of recruitment for pre-law fraternity Phi Alpha Delta, said she has also had to come up with new recruitment events.

“COVID-19 has prevented all [the normal] events,” Constable, a senior environmental science and political science major, said. “We are hoping to make the process of rushing PAD just as fun but just transferring it to the computer.”

Constable said the virtual environment has led to some difficulties in recruiting new members. She said Phi Alpha Delta normally gets about 200 interested students during the fall activities fair, but this year the group only got 40 names. Constable said she only expects about 30 new members.

“[The activities fair] is a large part of our recruitment process and getting new members,” Constable said. “It ended up being less than normal, but still a decent amount of new members interested in joining the fall recruitment class.”

Constable added that the virtual fair was more daunting for potential new members.

“It was much different and much harder to navigate finding new students,” Constable said. “I also think that it was more intimidating for students to join the virtual Zoom calls than it would be to just walk up to a table.”

This hasn’t been the case for social sororities, though, according to Eleanor Streitwieser, the president of the Collegiate Panhellenic Association. She said there has been an increase in potential new members this fall, which she guessed is because people want to be part of a community during this abnormal time.

Altvater said during the coronavirus pandemic, Greek life can be a place for students to find connection with their peers.

“In some ways there will be deeper personal connections made during recruitment this semester because we’ll be talking to people individually,” Altvater said. “That’s great because we like making friends.”

Altvater added that despite the individual connections, the fraternity bonding will not be the same this semester.

“It’s not as great though because the potential new members see less of us as a fraternity as a whole and see us as individuals,” Altvater said. “That’s not what it’s all about. We’re a brotherhood.”

Streitwieser said this version of recruiting has actually been positive for sororities.

“A virtual recruitment can remove the ‘frills’ of recruitment and focus on the important things — women finding deep friendship and connections with other women,” Streitwieser said. “Our chapters are eager and excited for recruitment, and we are proud of our chapters for pivoting to a virtual world so quickly.”