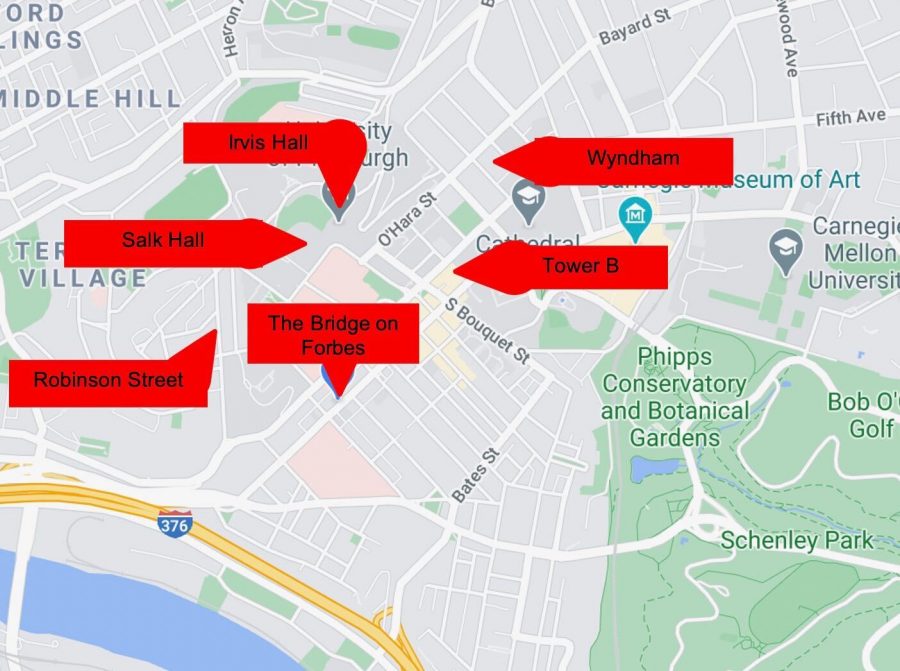 3:54 a.m. Pitt police assisted City police and fire with an electrical skateboard that caught on fire at the Bridge on Forbes.

9:47 a.m. Residence Life reported two liquor law violations that occurred on Aug. 13 and Aug. 28 in Tower B and Irvis Hall.

Police recorded nothing in the crime log for Saturday, Sept. 5.

12:49 a.m. Pitt police issued a citation to a student for underage drinking at the Wyndham.

Police recorded nothing in the crime log for Monday, Sept. 7.

10:21 a.m. Police reported an air filter that caught on fire at Salk Hall.

11:27 p.m. Police issued a citation for public drunkenness to a University non-affiliate.