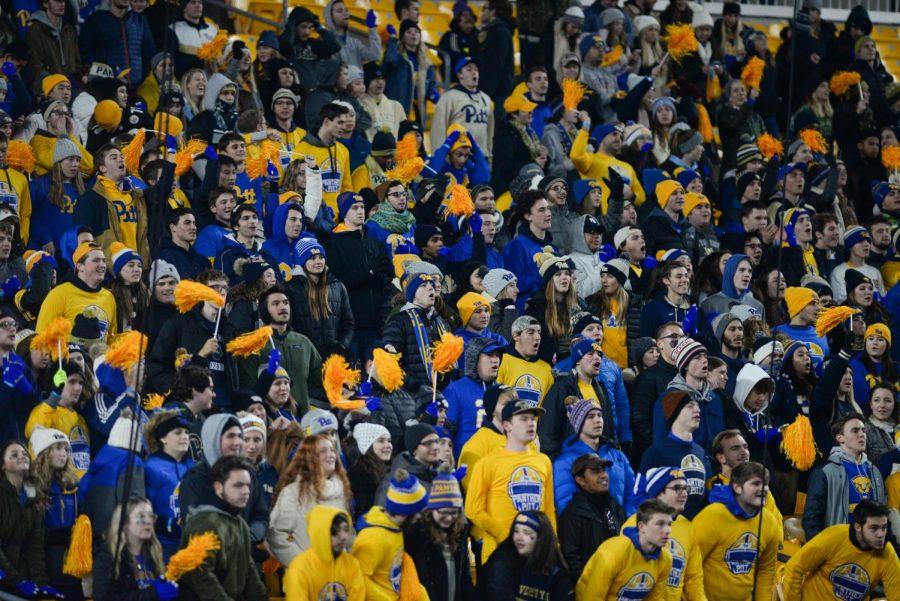 Students and fans will not be allowed to attend football games, at least for the month of September.

Stand at the corner of Allegheny Avenue and Reedsdale Street — just outside of Heinz Field — on a normal Pitt football gameday. As gametime approaches you’ll see yellow school buses drop off thousands of students clad in Pitt blue and gold at Gate C.

From there, the crowds bottleneck as security lines stretch back towards the intersection. After the mad dash through metal detectors and ticket scanners, students make their way up a winding ramp to the Heinz Field concourse and the reserved section of north-end zone seats that make up Pitt’s student section — the Panther Pitt.

But when the 2020 Panthers take the field for the first time Saturday afternoon versus Austin Peay, what students typically turn into the loudest and most raucous end of the stadium will be bare, as will the rest of the stadium.

Pitt and its roommate on the North Shore, the Pittsburgh Steelers, announced on Aug. 27 that for at least the month of September, no fans will be allowed inside of Heinz Field for football games.

This leaves the Panther Pitt and its leadership in purgatory. Led by students, but governed by Pitt Athletics, the group aims to drive student engagement and support for the football program. But how effective can a student section be when they’re not in the stadium?

That’s the question Panther Pitt business manager Cross Kotrozo and his fellow students have been wrestling with ever since March, when the COVID-19 pandemic took hold in the United States.

He runs the Panther Pitt Twitter account, meaning his job is more important than ever. Without the chance to attend games in-person, fans will be driven virtually to connect with each other.

“In a normal year we would really be pushing ticket sales,” Kotrozo said. “But for now we’re trying to get some freshman, some sophomores, get them together and let them get to know each other.”

Kotrozo is leading the charge on social media. His #HailingFromHome initiative is trying to connect fans over Twitter. Fans are encouraged to take pictures of themselves and their “pod” watching the game from home and posting it with #HailingFromHome.

But that’s really all they can do. Tweet, meet over Zoom and hope COVID-19 cases take a sharp decline before month’s end.

“We know as much as you do,” Kotrozo said. “We don’t really have a plan past that end-of-September deadline … I wish I had a better answer, but we’re really just taking it day by day.”

They’re operating at half capacity by only posting on social media, simply waiting for the next opportunity to return to some semblance of normalcy in-person.

Between the uncertainty the pandemic creates and what Kotrozo said was little communication from Pitt Athletics — who funds the Panther Pitt — and the organization’s student leaders, the chance of a return is not likely.

Assistant Athletic Director of Marketing for Pitt Athletics Markeisha Everett said her department is still working through options that keep the student section involved. She said the marketing department is working with the Panther Pitt to find a way to get involved this season

“We have continued to adapt our communication and expectations over the last couple of months due to COVID-19,” Everett said. “Including the Panther Pitt in plans before we knew what the season was going to shake out to be was something that was difficult to do because of the unknown factors”

For now, all there’s left is hope. Hope for the Panthers to live up to their own lofty expectations, and hope that the Panther Pitt can cheer them along while they do it.