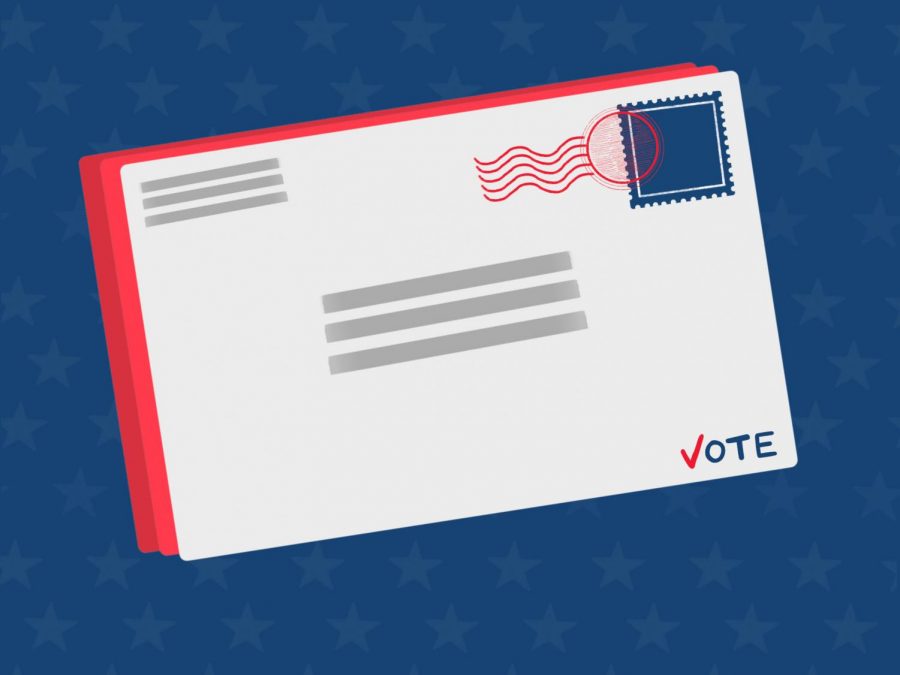 Remember when you were a kid and you used to get incredibly excited about any piece of mail that was addressed to you, even if it was just a lame card from your dentist’s office?

I get that same feeling of excitement about this time every year when I scour my mailbox for my absentee ballot. I’m fully aware that that makes me a bit insane, but I love the feeling of casting my ballot, even though I am bitter that mail-in ballots don’t come with “I Voted” stickers. This year will be the first time I’m eligible to vote in a presidential election, and I’m more excited than ever to participate in excommunicating the bigoted Cheeto and his cronies from the White House.

That excitement is dampened slightly by my fears surrounding this election. The COVID-19 pandemic has changed almost everything about how we function as a society, including voting in person on election day. It’s hard to imagine feeling completely safe standing in a long line full of people and then crowding into a school cafeteria or church basement to cast our ballots. Most states are expanding access to vote by mail in the wake of the pandemic, and most Americans will cast their ballots that way in this election.

But even though many states are making it easier to vote by mail, either by proactively mailing ballots to voters or by allowing no-excuse absentee voting, not every state is adapting voting to the pandemic. Between that and delays with the Postal Service further complicating voting by mail, it’s incredibly important that we as voters do everything that we can to vote and ensure that our vote is counted. There is too much at stake in this election for us to allow anything to get in the way of us casting our ballots.

Ilana Glazer, a comedian and progressive activist, has been focusing on youth voter engagement with her latest project, “Cheat Sheet for the Voting Booth.” In an interview, Glazer laid out some of the steps voters should take leading up to the election.

Voters must complete these tasks in order to ensure that they minimize their risk of catching COVID-19 but still vote and ensure that vote is counted. Websites such as votesaveamerica.com and vote.org make completing these steps even easier for voters, and we must make sure that we do this ASAP, especially when it comes to our mail-in ballots.

The delays in the Postal Service have created concerns about mail-in ballots. Since more Americans than ever will vote this way, it’s imperative that we all request our ballots immediately and return them to a drop-off center or mail them back in as soon as humanly possible. It’s imperative that we all prioritize requesting and returning our ballots not only because voting is always incredibly important, but because voting in this election is especially necessary.

With President Donald Trump on the ballot, safety and democracy are at stake. He’s proven our worst fears about him time and time again over the last four years. I don’t know if many of us could handle another four years of his bigotry and incompetence, and, frankly, I don’t want to know how much worse Trump will get when he doesn’t have to worry about reelection.

Trump has stoked civil unrest, fostered and expressed racist ideologies, put children in cages, stacked the courts with conservative justices determined to turn back time on matters of civil rights and got thousands of Americans killed by failing to properly respond to the COVID-19 pandemic. He’s ruined America’s world standing, he has no plan to address climate change and he pressured a foreign government to interfere in an American election for his own political gain. And that’s just a fraction of the harm he’s caused in less than four years in office.

If we have to inconvenience ourselves slightly by adding a voting plan to our to-do lists, I think it’s a small sacrifice for the sake of our country’s future. And I know that sometimes it may be hard for people to feel like their own individual vote matters and to prioritize voting in an election where they may not like either candidate all that much. But many elections are won on the margins, so our individual votes do matter and can make a big difference in important elections such as this one.

“Your vote counts as much as Beyonce’s,” Glazer said. “That’s amazing.”

We cannot take anything for granted this election. It is imperative that everyone checks their registration, requests and returns their mail-in ballots immediately if their state allows and calls to confirm their vote was counted. If those actions aren’t possible, or you would simply prefer to vote in person, make sure you have a voting plan and vote early in person or take the precautions to vote on Election Day if you must. This may be one of the most important elections of our lifetimes, and we have to make our voices heard. No one with that bad of a fake tan should be allowed to occupy the Oval Office.