2020 college football rule changes: what you need to know 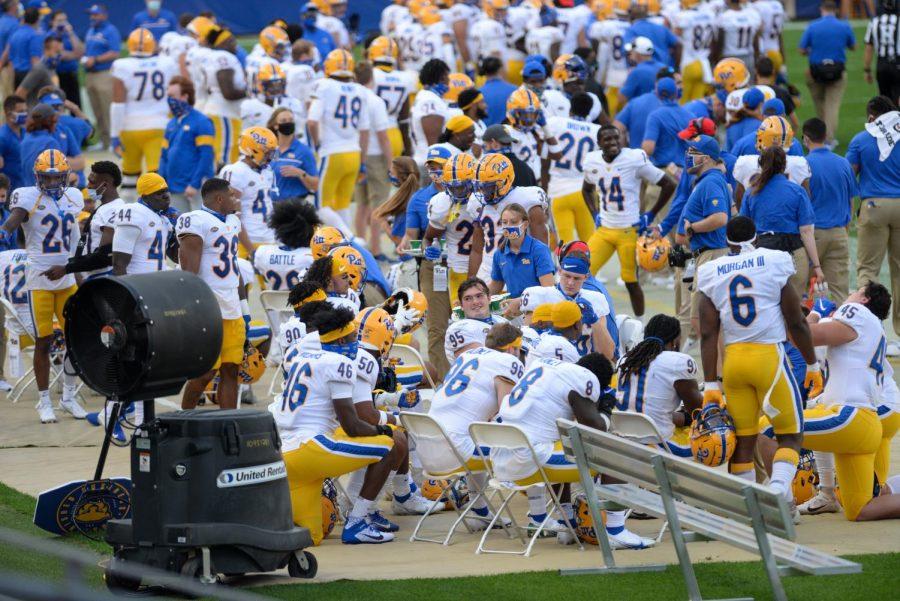 The NCAA has extended the sidelines that players can be in when they aren’t in the game from the 25-yard line to the 15.

Pitt cruised to an effortless victory Saturday against Austin Peay, giving Pitt fans their first opportunity to watch the Panthers in what looks to be a chaotic season amid the ongoing COVID-19 pandemic.


The biggest game-day change — the absence of fans — was impossible to miss. But you might not have noticed some of the many small details that the NCAA and ACC have implemented this year to maintain safety and enhance gameplay. Here’s what you need to know.

COVID-19 protocols
Pitt fans may have noticed a slight change before the game started when the teams met at midfield for the coin toss. Although teams typically send out all of their captains, Pitt only sent redshirt senior Jimmy Morrissey. Under the newly established rules, only four people show up for the coin toss — a captain from each team, a referee and an umpire. No honorary captains or photographers allowed.

The NCAA has also extended the sidelines players can be in when they aren’t in the game. By expanding each side from the 25-yard line to the 15, the NCAA hopes fewer players will congregate next to each other.

College football players can wear a cloth mask underneath their helmet’s face mask for extra protection, if they choose. If any players choose to wear the mask, they must each wear the same color and design without advertising or slogans displayed on the facewear.

The ACC has declared minimum testing standards for football team members and those in close contact with them. Each team member must be tested for COVID-19 three times each week, and a visiting team must have these test results before traveling to their road destination. If an athlete tests positive, they must self-isolate for at least 10 days after the onset of symptoms or a positive test and at least one day since recovery. Once a student-athlete has recovered from COVID-19, they don’t have to participate in weekly pre-competition testing for 90 days after initially testing positive, unless they experience COVID-19 symptoms.

The NCAA also added some small rule changes unrelated to the pandemic. Although fans would often see a few offensive and defensive players on the same team with the same number — as most college football rosters have more than 100 players — more players will now be encouraged to wear highly sought single-digit numbers, as players can now add “0” as a digit to their numbers. This means players can choose to wear both “07” or “7” on their uniforms, for example.
Pitt redshirt junior safety Paris Ford, who received two targeting ejections last year, probably wishes one new rule existed a year ago. A player disqualified for targeting will no longer have to leave the team sideline area. Pitt fans likely remember Ford, one of the team’s vocal leaders, walking out of Wallace Wade Stadium after his targeting ejection in the 2019 thriller at Duke.