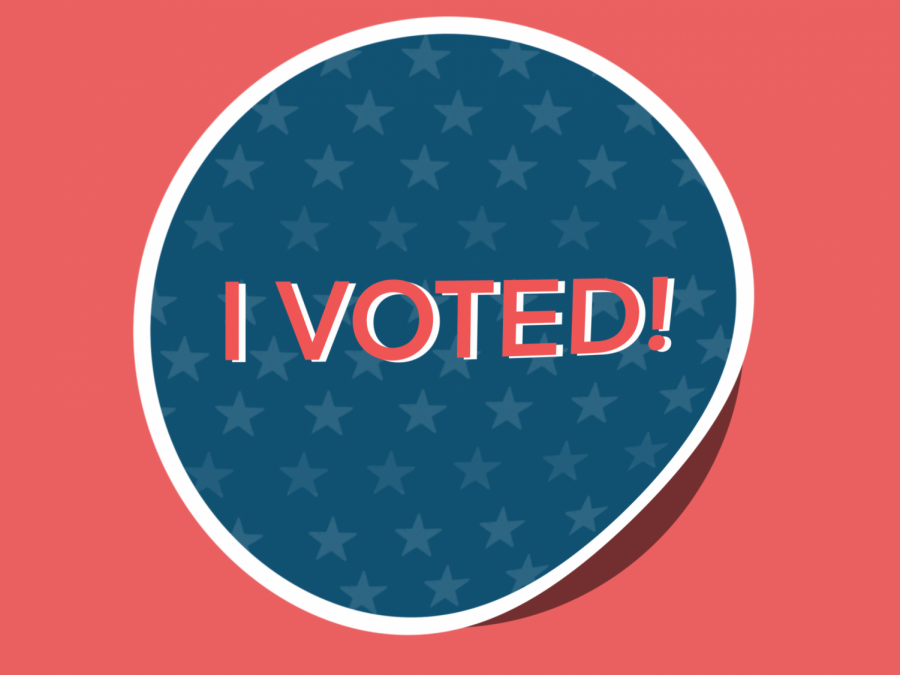 During every general election cycle, I hear the same discourse about “making sure to vote” and “exercising your right as an American.”

While these sayings get old fast, there is merit to them. Not every country is a democracy, and as Americans, we are fortunate to live in a society that is. But our political system is not as “fair” as one might think. After all, would a fair political system foster a culture of low voter turnout? As it stands today, the United States is an utter embarrassment when it comes to voter turnout, as compared to other developed countries. Even Estonia — a country you probably didn’t know existed — has a higher voter turnout than the United States.

American education, media and laws all contribute to the massive, convoluted political machine that helps the wealthy elites and their puppet politicians control the country. Though this seems like a conspiracy theory, I urge you to research more, as all of this information is public. The thing is, most people know how brazenly corrupt most politicians are in this country, and that’s partly why millions of people don’t vote.

According to the 100 Million Project — a detailed study on the third of Americans who don’t vote — the main reasons people don’t vote are because they think voting doesn’t matter, don’t like the candidates, don’t know the candidates, think the system is corrupt or have no time for voting. There are ways to eliminate these problems and create a culture of informed and caring voters. This is a major issue for our country, as a democracy is only as strong as its populace is informed.

For starters, the electoral college makes it so your vote in the upcoming general election doesn’t even go directly to the candidate you choose. Your vote is merely a suggestion — it goes to a body of electors that is supposed to vote for the candidate who wins a plurality of votes. In this system, the winner of each state’s electors — except for Maine and Nebraska — receive all of the votes in a winner-take-all style.

Regardless of how you feel about the electoral college, you cannot deny that the current arrangement is not a direct democracy — otherwise, the winner of the popular vote would win the election every year. This makes some people, such as Republicans in overwhelmingly red states and Democrats in overwhelmingly blue states, feel like they don’t need to vote.

The majority of Americans support amending the Constitution so the winner of the popular vote wins the general election. This would help to end the ill-conceived notion that voting doesn’t matter. Also, instituting a mandatory civics class in all American high schools would greatly help to end this notion. According to the Center for American Progress, it has been proven that states with the highest rates of youth civic engagement prioritize civics courses in their curricula. Making civics a mandatory high school course would create a new, more educated and more engaged generation of voters — not just in state and national elections, but in local elections, too.

Even if voters are more educated, they still may not vote out of disdain for the candidates on the ballot. This is understandable, but this matter is merely a result of voters not being vigilant enough. Sure, after the primaries are over the party picks the candidate, you may not like them. Yet, at the beginning of each election cycle — when dozens of candidates compete for their party’s nomination — surely there is at least one candidate someone would want to vote for. An effective way to solve this issue would be to make it mandatory for each party to mail out a pamphlet detailing what each candidate wants to do in office.

This is done in Switzerland — in each election, voters receive a brochure detailing all of the major issues and where the candidates stand on them. This would help to highlight some candidates who aren’t mentioned as much in the media. The practice also creates more opportunity for third parties — such as the Green or Libertarian parties — to get more exposure, since they don’t get a ton of media attention.

Voters use heuristics — predictable shortcuts such as single-issues voting or endorsements — too much in this country, leading to voters mindlessly choosing between the two major parties — Democrats and Republicans — on single issues. Voting for a candidate is much more nuanced than one or two issues, and this should be reflected in our society. Sure, you may be a staunch Democrat or Republican, but within each party exists a wide spectrum of ideas and policies that often clash with each other.

The two dominant political parties make it really easy to pick sides and call it a day, but that’s a vast oversimplification of the voting process. More nuanced voting creates a voting culture that is more engaged and active, as opposed to the simple tribalism we see today. There is an exciting candidate out there for everyone, they just may not know it. Simple heuristic voting is a result of our corporate-controlled media, which dictates what the populace can and can’t see. These all-powerful entities control which candidates get the most air time and receive good or bad press.

More often than not, the candidates looked upon favorably by these zillion-dollar corporations are in the limelight with nothing but good press. These are the candidates who generally offer nothing new in an effort to keep up the status quo, because that’s what is profitable for these corporations and the other mega-donors these milquetoast candidates represent. Even before the COVID-19 pandemic ravaged our nation, the status quo was not good for the majority of Americans.

Is the system corrupt? The founding fathers didn’t design it that way, but putting people in power who blatantly go against the people’s interests makes it so the system might as well be corrupt. In many cases, a politician’s rhetoric goes against what their policies actually are. This is why voters must be vigilant when deciding between candidates.

The fact of the matter is that a vast portion of Americans have no faith in the electoral system, politicians or the media that aims to keep the status quo. But educating and informing the populace will be a large step forward in making more people eager to vote.

Ethan Tessler writes about issues that don’t seem to be mentioned enough. Write to him at [email protected].