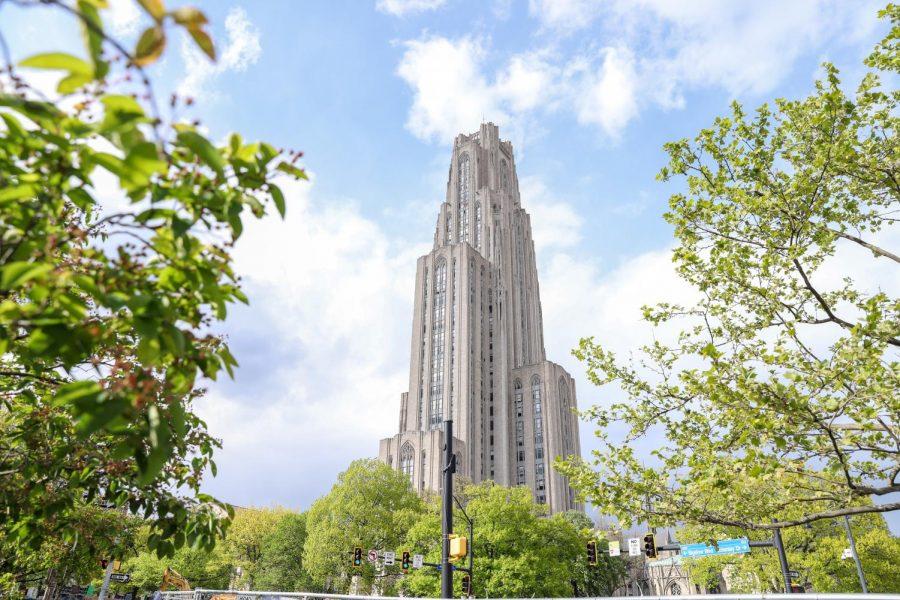 Pitt announced at the end of August that it would require first-year students to take a one-credit online course on systemic anti-racism and anti-Black racism.

Leigh Patel, a professor in the School of Education, was one of the committee members who helped develop Pitt’s inaugural Anti-Black Racism: History, Ideology and Resistance class. She said while this class is an important addition to Pitt’s curriculum, being anti-racist is a lifelong journey.

“It also acts as a symbol,” Patel, who is also the school’s former associate dean of equity and justice, said. “It’s a very powerful symbol to say your education, not just what you do at Pitt, but your entity, your humanity… is incomplete without understanding anti-Black racism.”

The University announced at the end of August that it would require first-year students to take the one-credit online course on systemic anti-racism and anti-Black racism. The course — created by a 12-person committee of 11 professors and one student — is asynchronous, free of charge and graded on an S/NC basis. Its adoption follows a summer petition from Pitt alumna Sydney Massenberg that gathered more than 7,000 signatures urging Pitt to change its general education requirements to mandate a Black studies course.

Patel, who teaches one of the course’s lectures, said the class covers four major topics. She said these topics include understanding anti-Black racism apart from general racism, covering systemic racism in the United States with a focus on how the country has built its wealth on the foundation of racism and providing an intersectional analysis of how it’s linked to other forms of oppression as well as a comprehensive look at African history. The course includes weekly modules with required readings and recorded lectures that cover the four main topics along with other topics such as social disparities driven by institutionalized racism and Black health disparities.

Students will also be required to attend at least one synchronous activity during the Black Study Intensive from Sept. 28 to Oct. 2. During that week, the Center of African American Poetry and Poetics will host virtual performances and creative sessions.

Massenberg, a 2020 Pitt alumna who is currently enrolled in New York University’s law school, said she thinks the course will provide a good foundation for students and appreciates the University’s response in light of the recent surge in anti-Black racism.

“I think this is definitely going to be helpful in certain ways,” Massenberg said. “I think the subject matter that this class is going to cover will definitely help people who have a lot less of a baseline on the issue than others.”

Massenberg said while this semester’s mandatory class is not directly associated with her petition, she thinks the University drew inspiration from it. She said she hopes it will open students’ eyes and push them to educate themselves more on anti-racism.

”If my proposal were to be accepted and sort of crafted into something, then this current class would give people a nice foundation,” Massenberg said. “I think it’s a good stepping stone.”

Boaz Moser, a first-year philosophy major currently enrolled in the class, said while he was initially confused by the appearance of the class on his schedule, he has enjoyed the material so far.

“I thought that was interesting because that is obviously something that is overlooked in the educational curriculum,” Moser said.

Moser said while the class does not require many hours of work — about one hour a week for him — the readings, lectures and quizzes are engaging and have educated him on topics he was previously unfamiliar with, like the pre-colonial history of Africa.

“It was something I knew bits and pieces about, but not to the extent they covered,” Moser said. “A lot of it was new, so I thought that was really interesting.”

Patel said while the course is providing students with a foundation in understanding anti-Black racism, she hopes students will look further into this issue by enrolling in other Africana Studies department classes.

“We recommend other courses to be followed up on because we don’t pretend to say this is pretty much everything you need to know about anti-Black racism,” Patel said. “That would be both naive and a bit arrogant at the same time.”

Patel said she thinks curriculum changes, as well as other campus reforms, often come from students and not administrators.

“It’s usually agitation from outside the administration, often outside of faculty, that universities are guided to correct their past, and are guided to reckon with realities that aren’t in many of the curricula,” Patel said.

While the class is only mandatory for first-year students, upperclassmen can enroll if they wish.

Joshua Young, a senior chemical engineering major, said he decided to take the course to learn about anti-Black racism, especially since the University offers the class without charge. Young — who is a first-year mentor for the Pitt band — said he’s also taking the class as a means to connect better with the first-year students in his mentor group.

“I figured it would be good if I had an idea of one of the classes that the freshmen are taking,” Young said. “I just thought it would be a really good opportunity.”

Young said the course supplies supplemental materials for those who want to dive deeper into the information. He said he’s learned a lot of new information about Black history, including the transatlantic slave trade. He said he never talked about this topic in his previous history classes.

“One of the things that I picked up during the last module that I watched was about how, during the transatlantic slave trade, there were four times as many Africans being forcibly shipped to the Americas from Africa than there were Europeans travelling,” Young said.

Young said while he doesn’t know if he will take another Africana Studies course in the future, he is much more informed of that option because of the class.

“It’s more so on my radar now than if I had never taken this class or Pitt had never offered this,” Young said. “I never would have taken an Africana Studies class before Pitt offered this.”