Editorial | We need to talk about WeChat 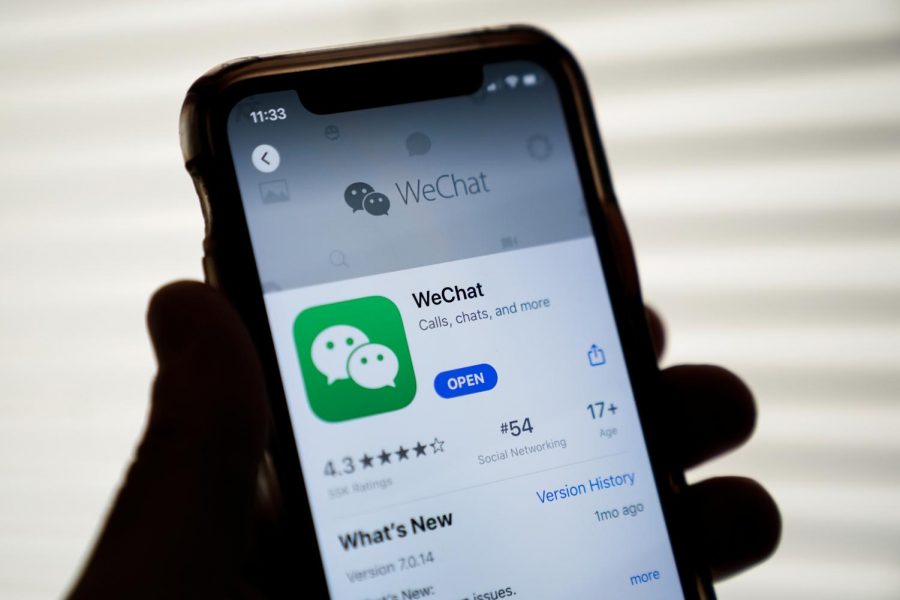 In this photo illustration, the WeChat app is displayed in the App Store on an Apple iPhone.

Outrage over President Donald Trump’s attempts to ban TikTok in the United States has erupted on social media over the past few months. But there’s another app, WeChat, that the administration is looking to place restrictions on. This proposed ban has gotten far less media attention, but if carried out, will cause far more harm.

WeChat is a Chinese-owned communication app that, amongst other things, allows people to stay in touch with friends, family and other loved ones who reside in China without paying hefty international fees. WeChat had over 3.3 million users as of August, according to the Washington Post. A federal judge halted the Trump administration’s ban on TikTok and WeChat on Sunday morning, which, if implemented, would have blocked people from downloading the application to their devices. But it’s clear that this is still an ongoing battle.

The administration’s proposed ban on WeChat is harmful to families who need the app to communicate, and it’s yet another example of Trump’s blatant xenophobia. Even though banning WeChat won’t directly affect the lives of many Americans the way banning TikTok will, we can’t let WeChat slide under the radar.

This all began on Aug. 6, when the Trump administration released an executive order calling for the bans. The order cited the Emergency Economic Powers Act, which gives Trump the ability to regulate international commerce in the case of “unusual or extraordinary threats,” according to the Los Angeles Times. The administration said it believed that WeChat and TikTok are national security threats because they could be giving U.S. user information to the Chinese government. While it’s true that the apps do collect data which could be exploited, there’s little clear evidence that this is being acted upon. It’s more likely that these bans are being driven by the administration’s long-standing anti-China stance.

Since most popular communication apps used in the United States are banned in China, including WhatsApp, Facebook Messenger and Telegram, people have little means of communication with others in China. Many of the alternatives are complicated and may be inaccessible for some people, such as getting a new SIM card to talk with people in China. This is also bad news for journalists, like those who work for major news sources such as the New York Times, who use the app to communicate with people in China.

“Bans on WeChat and TikTok violate the First Amendment by restricting our ability to communicate and conduct important transactions,” the American Civil Liberties Union wrote on Instagram. “Restricting WeChat in particular will harm many communities with loved ones in China … The move reflects Trump’s xenophobic and racist agenda.”

Losing TikTok would be unfortunate and certainly unfun, but losing WeChat would be detrimental to people communicating with family members and loved ones, as well as journalists. We need to focus on both, even if all U.S. citizens aren’t directly affected by it.