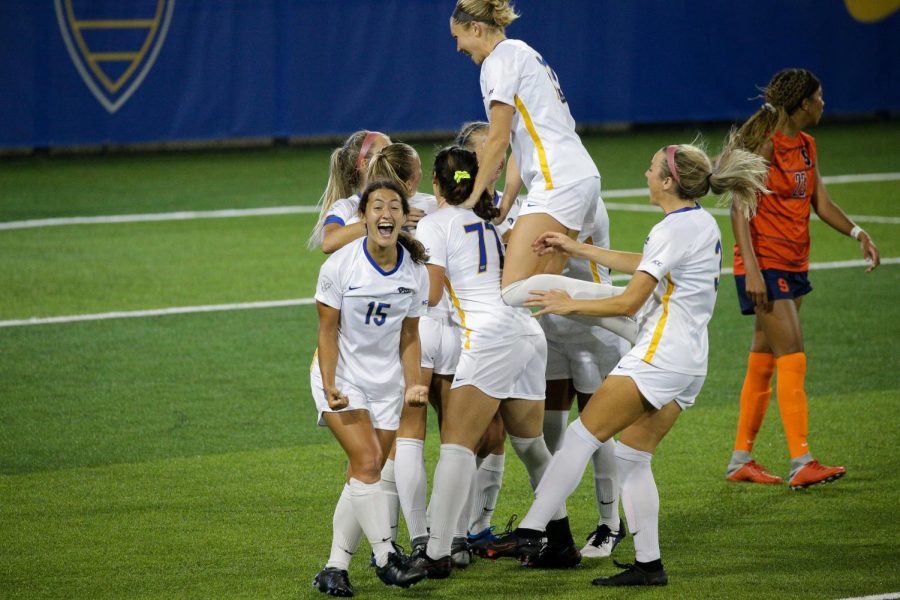 The United Soccer Coaches, composed of various head coaches at multiple levels of collegiate and high school soccer, released its first rankings of the fall on Wednesday — with Pitt’s men’s and women’s teams ranked No. 4 and No. 13, respectively. It’s the first time Pitt women’s soccer has ever received a top-25 ranking in its 24-year history.

The rankings looked much different than usual this time around due to the impact the coronavirus pandemic has had on the 2020 season. Some conferences have postponed fall sports, resulting in less teams eligible for the poll. Opposed to its usual top-25 ranking, the United Soccer Coaches only released a top-five ranking for the men this week, and top-15 for women.

It comes as no surprise that Pitt’s soccer programs have received significant attention. The women’s team (5-0, 1-0 ACC) has come out the gates blazing, outscoring opponents 16-2 in its first five tests of the season. While the men’s team has yet to kick off its season officially, the Panthers defeated Louisville 5-0 in the team’s exhibition match at Ambrose Urbanic Field last week, and took No.1 Wake Forest down to the wire in a 3-2 exhibition loss before that.

The men’s team will open its season at No. 5 Notre Dame on Saturday, the first top-five matchup in school history. The women’s team will look to continue its perfect start in a rematch against the Citadel, who the Panthers beat 2-1 on Thursday.