A guide to following sports at the office 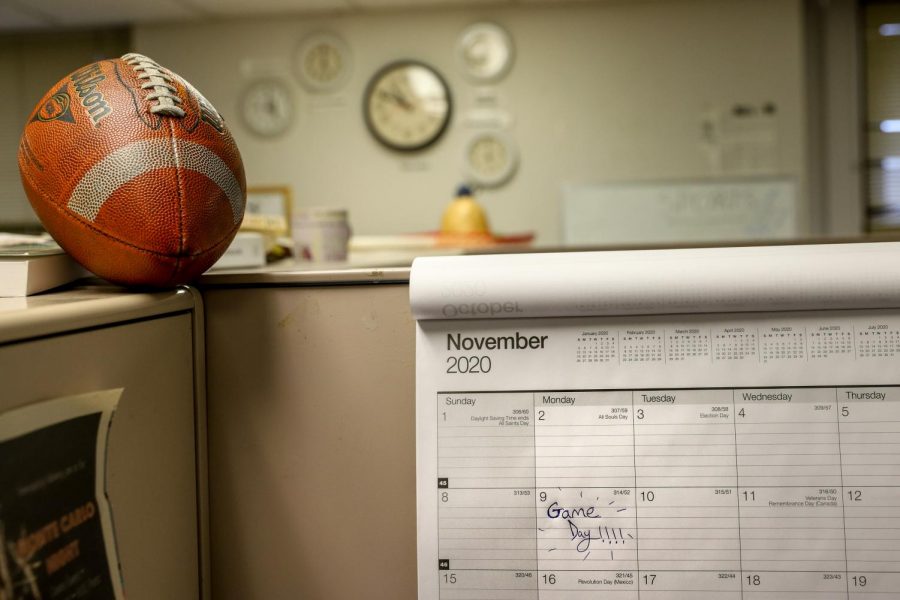 Streaming services, live gamecasts and radio broadcasts can help workbound fans keep up with their favorite sports team while in the office.

By Alexander Ganias, For The Pitt News

Consider this situation — you’re sitting at your desk in the middle of a long Wednesday of work, stuck on your computer all day answering emails and phone calls. It’s that endless cycle that can make you feel like just another cog in the machine. But you know at the end of the day, the Pirates are playing a gimme game. You’ll go home, sit on your couch with your favorite drink and hopefully watch the hometown team light up the opposing pitcher.

But you realize it’s camp day — summertime games where the home team sets aside an allotted number of seats for camps — meaning the game will start at 1 p.m. instead of the usual 7 p.m. That’s an absolute atrocity during a work week. You won’t watch it live — or can you?

In the age of the internet and smartphones, live sports are as accessible as ever. But with so many options to choose from, finding one can be a little overwhelming. Here are some of the better ways to watch your favorite team while at your desk.

There are a lot of sports apps in the world today. TV companies such as CBS, NBC, ESPN and FOX all have phone and tablet applications where you can watch live sports. Each American professional league also has their own mobile apps.

You can watch a variety of sports and teams on these apps, including leagues with less following such as the USL Championship or the National Women’s Soccer League. ESPN specifically offers a wide range of content at the college and professional level through its ESPN+ streaming service. You can watch everything from the NHL playoffs to an Ivy League baseball game there.

Perhaps you live and work in the Pittsburgh area but cheer for the St. Louis Cardinals on a nightly basis. MLB.tv can help you out if your home team is out of market.

Streaming services aren’t perfect. Several of them require you to sign into a cable provider and others can cost money for use. Not all of these services look for this, but you must be careful you don’t accidentally use one that charges regularly. Several popular streaming locations are not legally licensed websites, so stay cautious of those, as well.

If you’re careful, you can experience the games at work without getting caught. Open a new tab on your computer to hide the one playing the game. You can also just close the tab or window, and reopen it when you’re in the clear.

But more methods to experience the games without watching them exist.

It’s not watching the game, but it’s as close to seeing the event as you can possibly get without watching. Gamecasts run like a simulation, tracking the ball wherever it goes. Every sports website has at least some version of this as a standard feature — MLB, NBA and NFL, among others — and they become game summaries when the game ends.

These gamecasts track every pitch, bucket, pass, foul, yellow card, score and more, allowing you to know exactly what happens and when. Usually after enough time passes, the highlights for each big play become available, meaning you will know how every score occurred and how every play went down.

You might not feel like you’re really there, and that’s one of the downsides to gamecasts. You can remedy this by pairing it with a radio broadcast while you’re at the office.

Probably the single best method to experiencing your favorite teams without actually watching them is to listen to a radio broadcast. It’s a live experience, and you’d be surprised how suspenseful the best announcers can make the game.

Unfortunately, physical radios only pick up the stations local to your area. Fear not — several apps let you stream radio broadcasts. Listen to them — you’ll support your favorite team and your favorite broadcasters. Some of the best in sports reside all over the airwaves — Howie Rose, Chris Carrino, Kenny Albert and Dan Shulman, to name a few, make every game an immersive experience.

It’s easier to get away with listening to a game on a radio at the office as long as you have headphones. Just make sure you keep your reactions to exciting plays at a minimum so you don’t attract your coworkers’ attention — by all means, celebrate with a silent fist pump on rare occasions.