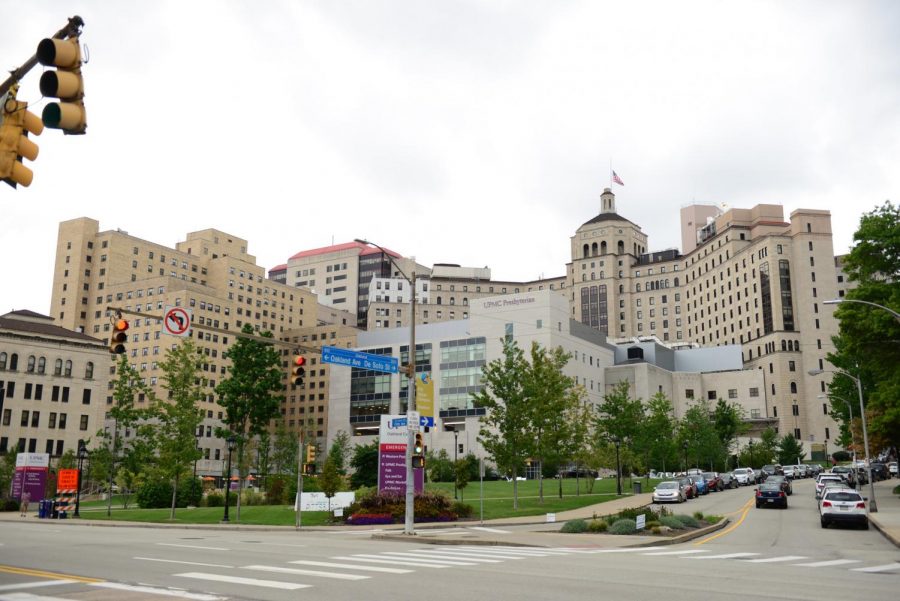 Paige Ottaviano has been working as a transporter at UPMC Presybterian during the COVID-19 pandemic.

Paige Ottaviano has been working as a transporter at UPMC Presbyterian during the COVID-19 pandemic. She said maintaining a full course load while waking up at 5 a.m. for eight-and-a-half-hour morning shifts has been challenging — to say the least.

“Honestly, the job’s kinda tiring,” Ottaviano, a senior psychology major, said. “So it has kinda been a lot with school.”

Ottaviano — who is responsible for moving patients back and forth throughout the hospital — is just one Pitt student who has worked in health care throughout the pandemic while taking classes. Some of these students shared their experiences, including a changing work environment and how the personal protective equipment shortage has impacted them.

The U.S. death toll from the virus surpassed 200,000 last Tuesday, with the United States having one of the highest numbers internationally of health care workers who have died after contracting COVID-19. As of Tuesday, the University has had 283 students and 31 employees test positive since June 26, with 214 students and 29 employees recovered thus far.

Amid the pandemic, Ottaviano said her job has been draining physically, but her early morning hours allow her to balance her work and school schedules. She said picking up early morning shifts leaves the perfect amount of room for afternoon classes.

“It blows sleeping-wise,” she said. “But at least I can get everything in, which is nice, and I’m not super stressed about, ‘Oh I’m going to be super late for a class’ or, ‘I have to skip class for work.’”

At UPMC Presbyterian, Ottaviano said the hospital is returning back to the way it was before the pandemic. But she said there are still many noticeable changes since working over the summer.

“Obviously everyone’s wearing a mask, and at the time, a lot of elective surgeries went down,” she said. “But since, I think it’s kind of just adapted to a ‘new normal.’”

James Mcleod, a senior nursing major and patient care technician at UPMC Mercy, said he has noticed one change in health care — having to reuse an N95 mask. At the start of the pandemic in April, the Centers for Disease Control and Prevention changed their guidelines for the use of N95 respirators, allowing health care workers to use them for “repeated close-contact encounters” with different patients.

There is still a shortage of PPE, including N95 masks, six months into the pandemic, according to NPR. This shortage could make health care workers, and therefore their patients, more susceptible to the virus.

Mcleod said he reuses N95 masks at his job because of the shortage. He said there was also a shortage of isolation gowns, which led them to switch the gowns they typically use.

Mcleod — who collects patients’ vital signs, helps them get around the hospital and does blood-glucose monitoring for diabetic patients — said he worked in the COVID-19 unit over the summer. He said there was always a high risk of exposure, but an emphasis on limiting risk as much possible.

“There was a lot more of a focus on trying to limit spread if there was any possibility that we possibly could have been exposed to our coworkers or our other patients,” he said.

Harry Morford, a junior neuroscience major and pharmacy technician, also said working in health care during the pandemic has been difficult. Morford said he helped with COVID-19 testing at his hometown CVS branch in Richboro in Bucks County, which was part of the initial rollout of CVS’ drive-thru COVID-19 testing sites in Pennsylvania.

“When I started helping out, they gave me all the responsibility of doing the entire COVID testing,” he said. “So I was in charge of basically creating the layout of a lot of the testing procedures that were done at CVS.”

He added that he sometimes struggles to balance his responsibilities because he rotates working between three different CVS locations. He also said even though he is only technically required to work about two shifts a week, which totals about 20 hours, he usually ends up working between 20 to 30 hours per week between the three stores.

“It is difficult to manage between all three stores and my own schoolwork,” he said. “But if my work does get in the way of my schoolwork, then I always just try to take precedence in my schoolwork than my actual work.”

Mcleod said working more than the required hours is common among student health care workers. He said he only needs to work eight hours every two weeks, but usually picks up more shifts. On top of his PCT job, Mcleod is also doing clinicals for nursing school, which he said can be overwhelming at times, but he tries to maintain balance.

Morford said that while he is still fond of working in health care, his experiences during the pandemic has slightly changed his career trajectory. Morford said he is thinking about pursuing a career where there is less interaction with the public, such as research in neuroscience.

“I always make a joke that the one thing this job has taught me is that I really wanna help people,” he said. “But more from a distance now.”