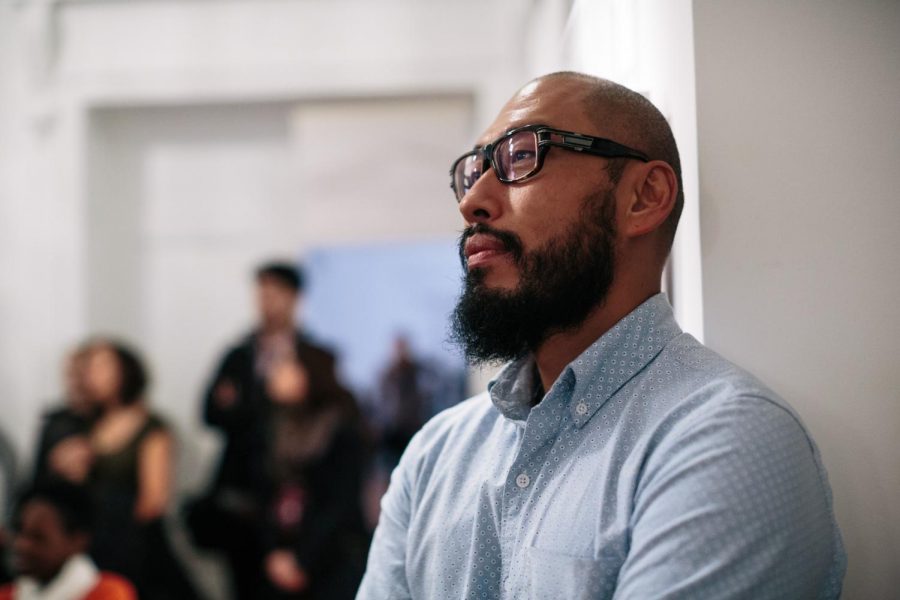 After a summer marked by violence and extreme emotions, Zun Lee and Aracelis Girmay presented works that celebrated the beauty of Black life and moments of quiet tenderness Wednesday night during the “The Sweetness that Survives the Slaughter” event.

The title of the event comes from one of Girmay’s poems, “Ode to the Watermelon,” which she read at the conclusion of the night. The Center for African American Poetry and Poetics hosted “The Sweetness that Survives the Slaughter” and other events as part of its Black Study Intensive, which runs from Sept. 28 to Oct. 2. The week’s events are streamed on Crowdcast, where users can also find recordings of previous events, as well as on YouTube. The event’s moderators, Dawn Lundy Martin and Angie Cruz, discussed the impacts of what was being presented and asked questions.

Lee is a photographer who also has a history working as a medical doctor. He has worked in both North America and Europe, and his work focuses on Black people living their everyday lives. One of his recent projects is a curated collection of polaroids of Black families in the midst of their lives. Martin, the director of CAAPP and one of the Black Study Intensive organizers, said she enjoys his work for the commentary it provides.

“What I love about his work is that it’s both photography and it’s social practice art, so he really has in mind to do something in his work that reflects the social moment and does some kind of interaction or commentary on it,” Martin said.

During Lee’s portion of the event, he showcased various images by photographers such as Roy DeCarava and stills from films such as “Killer of Sheep,” and spoke to the ways he saw humanity and emotion in these moments frozen in time. He specifically paired a photo by DeCarava with one by Gordon Parks to showcase the harshness of the Jim Crow era, without showcasing physical violence.

The second featured artist, Girmay, currently lives in New York City and won the Whiting Award for poetry in 2015. Her works include the poetry collections “The Black Maria” and “The Kingdom Anamalia.” Martin said Girmay’s works cover dark subjects, but also manage to give the reader hope.

“She is a poet with intensity and lyricism that make it so that even when she’s writing about dark times or difficult moments, whether they be personal, historical or social, [she] is able to bring some glimmer — at least for me as a reader — of hope into the work,” Martin said. “And sometimes that just happened in the way that she says something.”

Girmay read some of her own poems from her collections, as well as works by other authors such as Lucille Clifton. While reading her own poems, which touched on personal events for Girmay, she read with such intense passion and vulnerability that the rest of the panel started crying.

Lee said Girmay’s poetry allowed him to open up a bit more during the event.

“She really made herself vulnerable, both in terms of the work that she chose to present but also how she decided to perform it,” Lee said. “It wasn’t just moving, but it also created a space for me to step into and also make myself vulnerable.”

Giulia Pascucci, a first-year student in the Dietrich School of Arts and Sciences, said even though she’s not well-versed in either poetry or photography, the event was still moving.

“I’m not the best at analyzing poetry or photography, and I was expecting to feel out of my element,” Pascucci said. “However, this was the most engaging and moving virtual event I’ve been to thus far. When Aracelis read the poem about her father, I couldn’t help but tear up.”

The final portion before the Q&A was a video clip of Kevin Quashie, an English professor at Brown University, discussing the famous image of Tommie Smith and John Carlos making the Black Power salute during the medal ceremony at the 1968 Olympic games in Mexico City.

Quashie discussed the difference between silence and quiet, in that the former is the absence of noise but the latter is expressive and therefore capable of carrying meaning.

In the Q&A session, Lee and Girmay answered audience and moderator questions about their work and finding moments of joy in trying times. They discussed sweetness and slaughter in juxtaposition, and how optimism in the face of hard times can sometimes be more radical than focusing on the “apocalypse.”

Amanda Tien, a first-year English writing major who attended the event, said it was useful for her own writing.

“I personally found ‘The Sweetness that Survives the Slaughter’ enriching for my own work,” Tien said. “There was such a clear analysis of the intersection of how we literally and metaphorically visualize ourselves and others.”

Martin said recent events, such as the nationwide protests against police brutality that erupted over the summer, inspired the theme of protest for the intensive.

“While we were in the middle thinking through what that might look like, George Floyd and Breonna Taylor were killed by police, and protests erupted across the country,” Martin said. “So that was the second impetus for the event, and that helped us to refine our theme around protest and rebellion and what it means to come together in this particular moment.”

When deciding on who to invite for the event, Martin said she and Cruz sought out people from different fields to help facilitate conversation.

“We wanted to bring together people who think differently and to have a kind of cross-artistic genre conversation about what it might mean to do what we’re calling ‘Black study,’ in this particular way.” Martin said.

Cruz, an associate English writing professor, said she and Martin decided to pair Lee and Girmay together because of the similar themes of their work.

“Even if they are very different kinds of artists, both of them have been thinking deeply around listening, stillness, intimacy and interiority in relation to Black being and Black resistance,” Cruz said.

“The Sweetness That Survives the Slaughter” was in dialogue with previous nights, with the guests, moderators, and chat bringing up events from earlier in the week, such as discussions of the impacts of language with Emily Greenwood from Monday, and rage with Saidiya Hartman on Tuesday. Cruz said the organizers intentionally tried to structure the week this way.

“We knew we wanted to make it an intensive so the conversations could build as the week went by,” Cruz said. “We wanted as many students, faculty, departments to be involved as possible so we invited guests in a variety of disciplines and artistic practices.”

Toward the end of the evening, Lee urged attendees to take the conversations this week and not just think of them as theory, but as a blueprint for survival.

“It’s going beyond just sitting with the stuff and musing about it”, Lee said. “It’s really complicated to deal with questions such as, ‘How do we deal with things like a global pandemic, a global neoliberal machine that’s structuring its response to it and the rise of fascism everywhere?’”