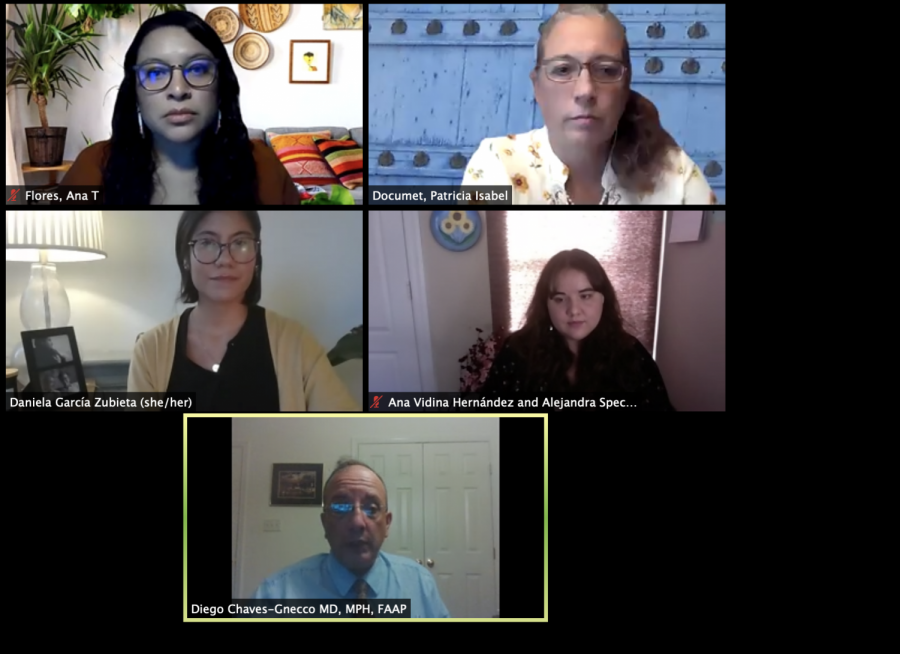 By Paul Mlodgenski, For The Pitt News

Daniela García Zubieta, a social worker and therapist at Pittsburgh Action Against Rape, said a lot of Pittsburgh’s Latinx population often feel excluded from the mental heath care system because of its lack of diversity and anti-immigrant stigmas.

“A lot of the time, interacting with the mental health care system, because it’s so industrialized, also means interacting with ‘the system,’” García Zubieta said. “What does that mean for a family that is undocumented? What anxiety does that cause?”

García Zubieta was one of the expert panelists at the “Present and Represented: Latinx Mental Health Research, Practice, and Experience in Pittsburgh” held Wednesday night on Zoom. The event was part of Pitt’s Hispanic Heritage Month and focused on discussing mental health access and representation for Pittsburgh’s Latinx community. It was hosted by Ana Vidina Hernández of the Latinx Mental Health Podcast.

Patricia Documet, an associate professor in the Graduate School of Public Health, said Allegheny County is home to around 28,000 Latinx people. In comparison to other counties containing large cities, Documet said this population is considered small, which often leads to a feeling of isolation.

“Latinx residents are scattered throughout the greater Pittsburgh area,” Documet said. “This isolation can reduce a strong sense of belonging in the community.”

Diego Chaves-Gnecco, an associate professor of pediatrics and a developmental behavioral pediatrician, also said isolation is a serious problem for Pittsburgh’s Lantinx community.

“One of the biggest issues here in Pittsburgh and western Pennsylvania is that we don’t have a neighborhood, we don’t have a ‘barrio,’ so people feel very isolated,” Chaves-Gnecco said.

Chaves-Gnecco and his colleagues at Salud Para Ninos — a primary care clinic for Spanish speakers in Pittsburgh — aim to eliminate feelings of solitude. He said the organization’s programs, such as bilingual bicultural hours — which are staffed by Spanish-speaking physicians, nurses and volunteers — as well as free developmental screenings for kids are working to empower the Latinx community.

Chaves-Gnecco added that this clinic emphasizes taking an interdisciplinary approach to mental health.

“Not only do we have doctors,” Chaves-Gnecco said, “we have dental students, lawyers and social workers. The social workers provide screenings and referrals for mental health.”

“Receiving services in your own language is just a better practice,” Garcia Zubieta said. “It’s going to lead to better results clinically and health-wise.”

But Documet said culturally ill-equipped services are not the only risk factor for Latinx mental health in the City. She said social isolation means fewer community support outlets, and the current anti-immigrant climate can increase bullying and negative stigmas towards diverse audiences.

Documet added that this harsh environment is worsened by negative stereotypes toward seeking mental health care.

“The environment in the home makes it hard if you have a mental illness or if you are feeling emotionally weak because having a mental illness is a sign of weakness for many parents,” Documet said. “They don’t want the children to appear weak.”

Documet said parental biases toward mental illness and/or the desire to protect undocumented parents causes “many children respond by holding in emotions, somatizing or self-harming.” She added that these stigmas and protective measures limit access for children’s treatment.

This is why Documet said she believes treating mental health is often multidimensional and would require involvement across civic institutions.

García Zubieta said when examining mental health among the Latinx community, it is important that people remember not everyone in the community is the same.

“When we’re talking about the Latinx community, we’re not talking about a monolithic community,” García Zubieta said. “There is such a big gap and we are not in one bag. I think that is saying we need to first consider oppression and the intersection of social locations.”