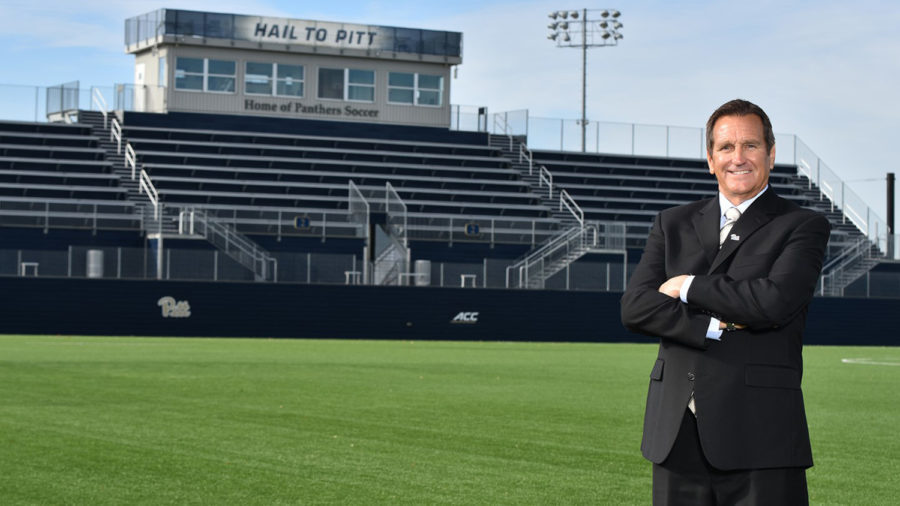 Pitt women’s soccer head coach Randy Waldrum already has a long and decorated resume as a soccer coach. He ranks fourth all-time in NCAA wins as a women’s head soccer coach after building powerhouse programs at Baylor and Notre Dame and is in the middle of performing yet another extraordinary program build at Pitt.

But the third-year head coach is looking for yet another challenge. Besides coaching the surging Panthers during the fall, Waldrum will now also coach on the international stage.

After the team tweeted the news this afternoon, Pitt women’s soccer spokesperson Korey Blucas confirmed that Waldrum did take the job coaching the Nigerian women’s national team, nicknamed the Super Falcons, but will remain in his role as Pitt head coach, too.

Waldrum said in a statement that he is “very excited” to coach the team.

“I can’t wait to help them qualify for the World Cup,” Waldrum said. “Also, I’d like to thank [Athletic Director] Heather Lyke for allowing me to do this and understanding the benefit for the Pitt women’s soccer program.”

The Super Falcons are an African powerhouse, winning nine of the 11 African Cup of Nations tournaments held and have been to every World Cup since 1991.

Waldrum’s Panthers entered this weekend undefeated and ranked No. 14 in the United Soccer Coaches Association Poll, but are likely to drop after losing their last two contests. Still, the season’s hot start marks one of the best in program history, as Pitt reached its highest national ranking ever two weeks ago.

This is Waldrum’s second stint as coach of a national team. He was the head of Trinidad and Tobago’s women’s team from 2014 until 2016, when he was fired. After his time in the Caribbean, Waldrum spent a year with the NWSL’s Houston Dash before accepting his current position in Pittsburgh.

The shortened college season continues and the Panthers are looking to get back to their winning ways. They begin a four-game home stand Thursday night against Boston College. Kick-off is slated for 6 p.m.