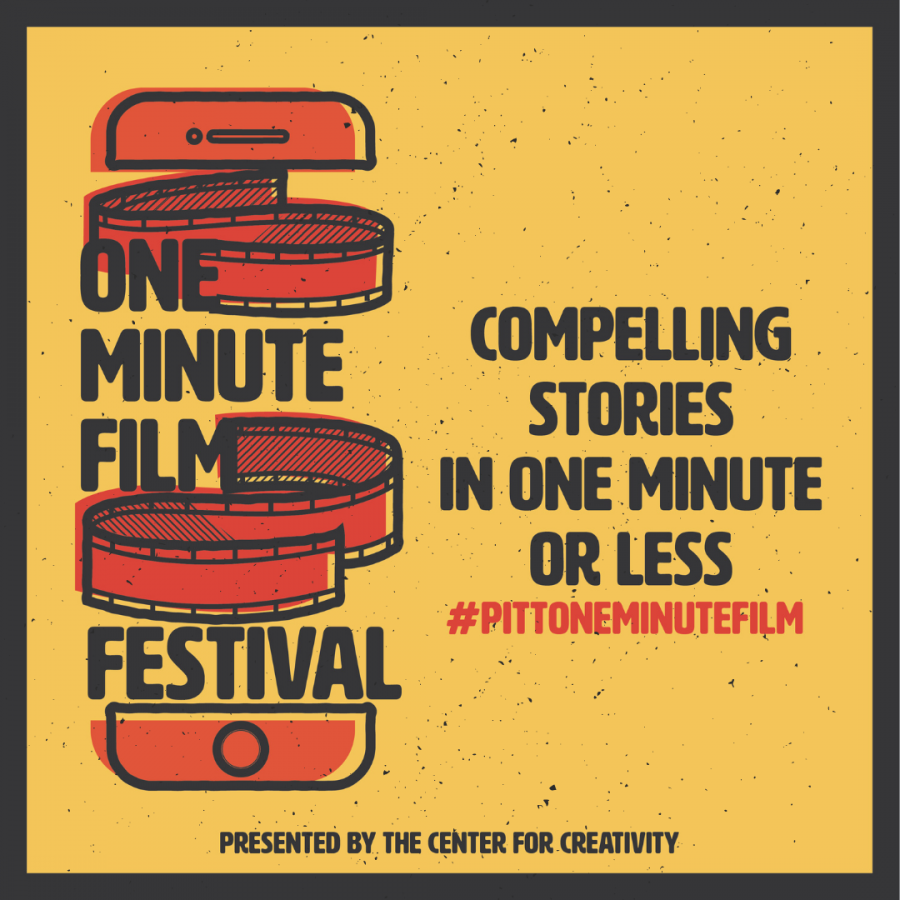 Courtesy of Center for Creativity

The Center for Creativity is hosting its first One Minute Film Festival, a competition designed to get Pitt students to create films of 60 seconds or less.

In the age of COVID-19, apps like TikTok and Instagram Reels have altered our concept of filmmaking. With everyone living in physically confined spaces, filmmakers have to get creative in how they approach their project, something the Center for Creativity has decided to take advantage of.

The Center for Creativity is hosting its first One Minute Film Festival, a competition designed to get Pitt students to create films of 60 seconds or less. Throughout the month of October, the C4C will accept and post submissions on its website. The C4C will also host workshops to help filmmakers and screenwriters produce their films.

At the end of the month, the center will host the festival via Zoom and hand out trophies for first-, second- and third-place winners, as well as a $250 donation to a student organization of the first-place winner’s choice. The C4C will also have a screenplay writing competition with similar prizes.

Chad Brown, a workshop assistant at the C4C, said he hopes the festival will inspire amateur and experienced filmmakers alike to develop one-minute documentaries, music videos and narrative shorts either safely in a group or alone.

“With the One Minute Film Festival, we’re trying to show that we all have stories to tell and this visual vocabulary that we can use to express ourselves,” Brown said. “That’s the big driving force behind the film festival.”

With the emergence of apps such as TikTok and its predecessor, Vine, Brown said he feels filmmaking like this has become increasingly more accessible. Much like these video apps, Brown said these one-minute videos can be shot on your phone or with high quality equipment and can be edited with any sort of software.

“We accept any form of moving image and that includes ones made on your cell phone,” Brown said. “For folks that don’t have access to that film equipment or editing software, or just want to express themselves through their words, we’re opening it up to them as well through the one-page screenplays.”

Erik Schuckers — the manager of communications and programming for the C4C — said the festival is open to anyone from any major or department within the University.

“A one-minute film is something that’s very accessible,” Schuckers said. “It’s similar to the kinds of TikToks and content that [students are] used to. They may not realize necessarily how creative they can be until they give it a try.”

Schuckers highlighted the convenience of making one-minute films during a semester when many are working from home. He said he hopes this will allow people to work with one another on their films, though the C4C emphasizes that any collaborations should follow all of the University’s COVID-19 guidelines.

“You can certainly make a film on your own, but the natural inclination, and I think the nature of film, is to bring people together to work on the project,” Schuckers said. “It’s something that’s easier to do — as everything is easier to do — in person. But it can translate, in these times, that you can collaborate across distance and virtually.”

The festival is open to international and regional campus students, as well. Brown said he hopes that, even with social distancing and remote workshops in place, this event will bring the entire Pitt community together.

“With social distancing, the film industry as a whole is sort of reeling and figuring out how to restructure and make films,” Brown said. “We’re hoping that people find those creative ways to collaborate, but it’s also totally open to solo artists, international students and satellite campuses. Anybody, anywhere can participate.”

Aditi Sridhar, a participant in the film festival, said she wants to create a film that’s funny and relatable. Sridhar said she is in the process of writing a screenplay about a college student who wakes up and gets ready to write a paper due that evening, but quickly gets sidetracked until it’s 30 minutes before the deadline. In the rush to get her paper done, she gets a notification from her professor that the deadline is actually the next day, so she pushes the paper off again until the next day.

“I think all of us feel like we’re going through this, especially during COVID because you’re balancing school stuff, you’re on Zoom all the time,” Sridhar, a sophomore film studies and psychology major, said. “But at the end of the day, you’re confined to your computer and your room and your activities that you can do that are corona-safe in your apartment.”

In this way, Sridhar said she feels that COVID-19 has also limited how creative the topics of her film can be. She said she thinks many people are tired of reading articles and watching videos about life in quarantine.

“Films are made to immerse yourself into a different world, and if you’re immersing yourself into that same world that you’re already living in, it’s hard,” Sridhar said.

Despite the logistical challenges that COVID-19 poses, Brown said the C4C is eager to see how the films turn out. Brown also mentioned that he’s interested to see how working remotely and using platforms such as Zoom will allow the film community to adapt in these times.

“If we kind of give up a little of what was, and really think about what this technology can do for performing arts, it’s a whole new art form, and it’s kind of exciting to explore that,” Brown said.

Whether it’s through collaborating on films or taking some free time to paint, Schuckers said the C4C hopes to continue providing avenues for people to create and explore their artistic side throughout the virtual semester.

“It can be really easy to become disconnected and feel like you just exist when you open your laptop,” Schuckers said. “But the ability to get off of it and do something else, and actually bring something physical into the world that didn’t exist before — whether it’s a painting or a poem — can be even more important right now.”