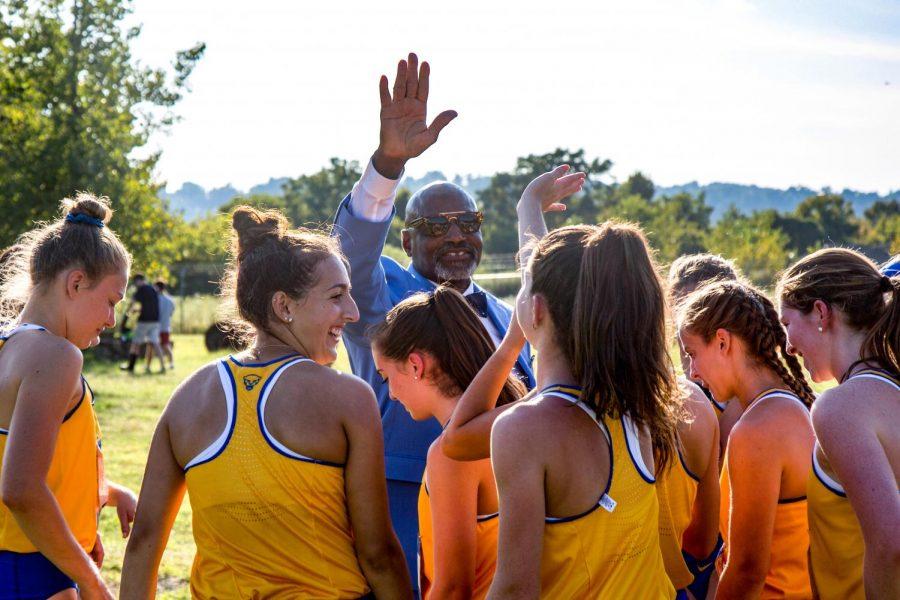 Pitt’s cross country team got an early start to training on campus this season due to schedule adjustments relating to the COVID-19 pandemic.

The lack of a regular offseason and schedule has proved detrimental for many sports leagues in their coronavirus-adjusted seasons. Without training camp and the preseason to prepare their bodies for the rigors of a professional season, the NFL has seen a staggering number of players injured through the first four weeks of the season. Major League Baseball had to deal with a fast-paced, hectic schedule as teams tried to cram in as much of a season as possible into three short months.

But for Pitt’s cross country team, none of those complications apply — in fact, the opposite has occurred. Members would normally arrive on campus in mid-August, but with the fall semester’s early start and the need for a two-week quarantine, the Panthers came back to Pittsburgh Aug. 1. Senior men’s captain Zach Lefever said he enjoyed the extra time on campus.

“We were in quarantine, so I could only train with my roommates, but even being with them is totally different from running at home,” Lefever said.

Isolation is never fun, but it may have come with an unexpected benefit — improved team chemistry. Senior women’s captain Ally Brunton said the team has spent much more time together than usual.
“We don’t go anywhere outside of our studies and practice because we want to limit our contact with people, so I feel like we’ve become a lot closer this year,” Brunton said.

Unlike football players, cross country harriers don’t have extensive summer practices or a training camp together, so they didn’t miss out on any usual practice time.

While COVID-19 didn’t alter summer practices, the season itself changed drastically. The Panthers held their first meet of 2019 on Aug. 30. This year, they opened at Navy last Friday. The Panthers had four meets before the Atlantic Coast Conference championship last season, including a couple of major invitationals. But they only have two this year, and won’t face any ACC teams until the postseason begins.

Lefever said the compressed schedule does have some advantages. The Panthers can focus more exclusively on training because they have less meets. Instead of worrying about a huge invitational, they can train through their meets and better prepare themselves for postseason play.

“Our workouts have been harder than they normally are, harder than it would be if we had more meets coming up,” Lefever said.

The lack of conference opponents this season will also help the team ignore the outside noise. Every course is different, with variations in turf and terrain that impact speed. Because teams aren’t competing on a level playing field, the AP Poll and conference rankings will have less meaning, and Pitt can enter the postseason as a dark horse.

“We don’t know what the other [ACC] teams are doing, but that’s fine because we know what we’re doing, and we know that we’re training hard and working our best,” Brunton said. “We’re definitely ready for it.”

The team doesn’t need to be together to practice plays or review the playbook — at the bare minimum, members just need to run. That solitary nature is well-suited for the current era of social distancing. The mental aspect of the sport — fighting against one’s own body while trying to grind through grueling long distances — remains unchanged. Strong leadership has proved vital to keeping the team focused and together, which Pitt’s coaching staff has taken on.

“Coach [Brad] Herbster is in the office for hours everyday, making sure we can get our training in,” Brunton said. “[The coaching staff] has definitely gone above and beyond to make sure we can still have this experience and compete.”

The two squads have taken different trajectories. The women’s team lost its top finishers of 2019 in the ACC Championship and NCAA Mid-Atlantic Regional meets — Sam Shields to graduation, and Devon Hoernlein transferred to Maryland. In the absence of those standouts, the Panthers have 10 first-year runners on the roster, and Brunton said she has adjusted her mindset to help the new additions settle into the grind of Division I athletics.

“I think this year my mindset is much more focused on my teammates, versus past years when I was more focused on improving myself,” Brunton said. “I want to make sure all the underclassmen are happy, safe, confident and ready to race and train.”

The men’s team is in win-now mode — two seniors and a graduate runner lead the pack on race days, and they want to make some waves in their final season.

“We have our eyes on ACCs at the end of the year,” Lefever said.

Despite the high hopes for the season, both teams had a tough day in Annapolis. The men’s team lost a close one, 23-37, while the women’s team lost 15-50.

As we’ve seen from other sports leagues, anything can happen in an abbreviated season, and the Panthers have the potential to make some noise in their third season under Herbster. Lefever hopes the improvements he’s watched the program make since his first year will emerge this fall.

“We’ve been a historically bottom-tier distance program in the ACC,” Lefever said. “Since my freshman year we’ve gotten better and better, and I feel like this year is the time to make a name for this program.”