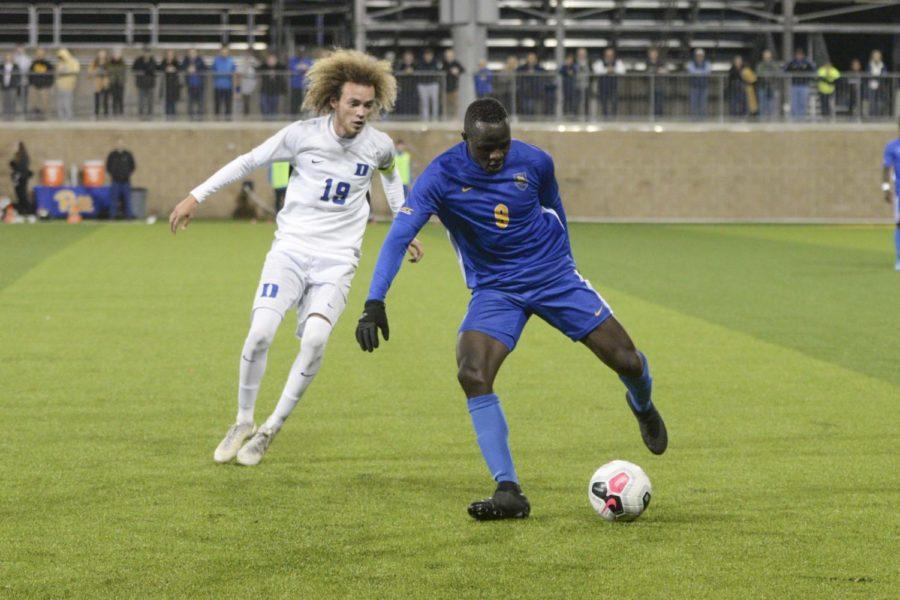 Pitt soccer announced last week that Edward Kizza, the second highest goal scorer in program history, is no longer on the team.

The No. 2 Pitt men’s soccer program (2-0-0, 1-0-0 in ACC) will go through the rest of what has started as their most promising season in recent memory without the services of last year’s leading scorer, senior forward Edward Kizza.

Kizza appeared in both of the Panthers’ exhibition matches, scoring twice. He did not appear in the Panther’s regular season non-conference opener versus Notre Dame nor the ACC opener versus Syracuse.

“Edward Kizza is no longer with the University of Pittsburgh Men’s Soccer Program,” Pitt said. “No further statement will be given at this time.”

Why exactly Kizza departed the team was not clear, and the program refused to comment further.

Kizza made the All-ACC First Team and All-South Region Second Team in 2018 after a 15-goal season, following a debut season where he ranked second on the squad with four goals and three assists while being named to the ACC All-Freshman Team.

Pitt’s offense has maintained stride without the forward through the team’s first two games of the season, scoring three goals in games each against Notre Dame and Syracuse this past Tuesday. The Panthers have had strong contributions from first-year Bertin Jacquesson, with one goal in each game.