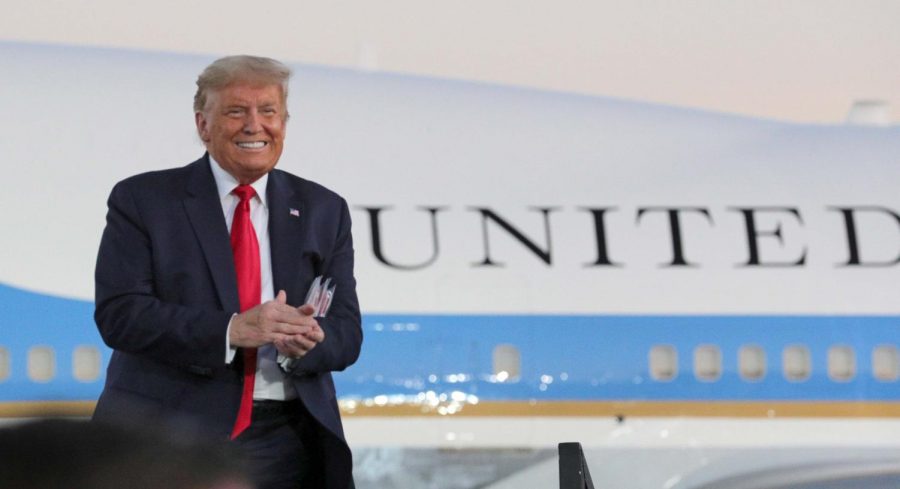 New rules proposed by the Trump administration seek to create fixed terms of up to four years for student visas, as well as create new applications for international students to extend their stay in the United States, among other changes.

When Sri — who asked to be identified by her first name out of fear of retaliation from Immigration and Customs Enforcement — heard about the Trump administration’s new round of proposed visa changes, she wasn’t surprised.

“I always mentally prepare myself that things are going to happen,” Sri, a graduate student in the English department, said. “I’m always in a perpetual state of fear and anxiety about visas.”

The new rules published on Sept. 25 by the Department of Homeland Security — which would affect many of Pitt’s more than 3,100 international students — seek to create fixed terms of up to four years for student visas, as well as new applications for international students to extend their stay in the United States. For students from 59 countries, the new rule would limit student visas to just two years.

Currently, student visas are good for “duration of status,” meaning students can stay in the United States indefinitely if they remain enrolled in school and abide by the rules relevant to their immigration status.

Delo Blough, director of Pitt’s Office of International Services, said the two- versus four-year difference is partly dependent on the United States’ standing with the country. Students from countries designated as “state sponsors of terrorism” such as North Korea, Iran, Sudan and Syria, as well as students from countries with student and exchange visitor visa overstay rates exceeding 10%, are included in this list.

“In effect it’s any country that the U.S. is not in great standing with, or, with this president, it could be anything at any time,” Blough said.

These fixed four-year terms are shorter than the typical Ph.D. program of about five to seven years, and shorter than the time many students take to finish a bachelor’s degree. Blough said this change is “ridiculous.”

“It’s ridiculous to think you’re going to finish in two years,” Blough said. “Every year they need to extend that is going to the immigration service and paying a huge fee and waiting for it to get approved.”

“Every time an international student comes into the country, someone who doesn’t look white, they’re stopped,” Malki, a junior biology major, said. “If I’m coming in and every time I get stopped for two hours at the airport, I think that proves there’s enough oversight.”

Sri said constantly changing visa rules and increasing costs will discourage international students from attending American universities such as Pitt. The cost to file an application for an extension of status is currently $370, along with an $85 biometric fee. Congress also recently passed a law that created a “premium processing fee” of up to $2,500, which guarantees that a visa application will be processed faster.

“I think the U.S. is going to be unattractive for international students very soon,” Sri said. “The U.S. attracts talent from all over the world, but that won’t be the case anymore if these rules — that are still in the draft form — come into being.”

Chancellor Patrick Gallagher said at a late September board of trustees meeting that while overall enrollment remained relatively steady for the Oakland campus, international students have faced the most challenges returning to campus. Enrollment for international graduate students dropped by 17% this fall and undergraduates fell by 2.8%.

These proposed changes come in the wake of a number of controversial visa rules proposed by the Trump administration over the summer. ICE issued guidance in July that would have forced international students to leave the country if a student’s classes were entirely online. Following a sea of lawsuits from colleges and universities and student outcry, ICE rescinded the guidance a week later. Pitt was among the universities that filed court papers arguing against the new guidelines.

Students such as Malki criticized Pitt’s delayed response to the proposed rules at the time, as well as the confusing messaging she said she received from OIS. Malki said she hoped Pitt would be quicker to act if there was a similar move from ICE again.

“It shows that if this does happen again, Pitt will hopefully do the right thing,” Malki said at the time. “Again, better late than never.”

But she said messaging from OIS was still confusing after the latest round of proposed changes. She referenced a Sept. 29 email from the University to international students that explained some of the new visa changes.

“They sent something once this rule was proposed saying that they were going to look into how it affects international students, but they didn’t tell us what [the proposed rule] was — I had to go look at it myself,” Malki said. “Once they are in place, or as they are being discussed, [Pitt should] put how these will impact international students.”

“I don’t think OIS at Pitt is any use. It was one bullet point where they mentioned ‘oh this rule came into being and we are reviewing it.’ That’s it, nothing else,” Sri said. “It did not offer any suggestions for what people can do or whether there’s a distinction between current and future students.”

In the email, OIS said it is “aware” of the proposed rule and is “reviewing that rule to better understand all the implications and respond accordingly.” The email also said international students are valuable to the University.

“All international students are extremely valuable members of the Pitt community and we will continue to strongly advocate on your behalf through the proposed rule comments process,” the email said.

“The University is assessing how to best protect the rights of international students to pursue their education in the United States and also maintain their safety and health,” McMahon said. “We have joined our peers in the Association of American Universities — as well as other local, state and national allies — in demanding the reversal of this policy, which flies in the face of Pitt’s values.”

“The University keeps saying at the end of every email that they send out to international students, ‘You are welcome here,’” Sri said. “But the support structures are not evidence of the fact that we are welcome here.”

Sri added that she thinks Pitt and other universities should use their collective power to push against the proposed rule while it’s still in the draft stage.

“I do think that the universities have enough power to make sure they aren’t doing it, but are they? I don’t think so,” Sri said. “I haven’t received any communication from Pitt on whether they’re doing it.”

Blough said the government’s numerous visa rule changes and proposed changes this year have made her office’s job more difficult. She said they’ve been “overwhelming” to follow.

“We can’t give students legal advice, and we have to tell them what they’re required to do,” Blough said. “Not only do we need to try to make sense of these regulations and then alert students to what they are, but we also have to deal with helping students with what they need.”