‘Renting’ an NFL head coach: Does it actually work? 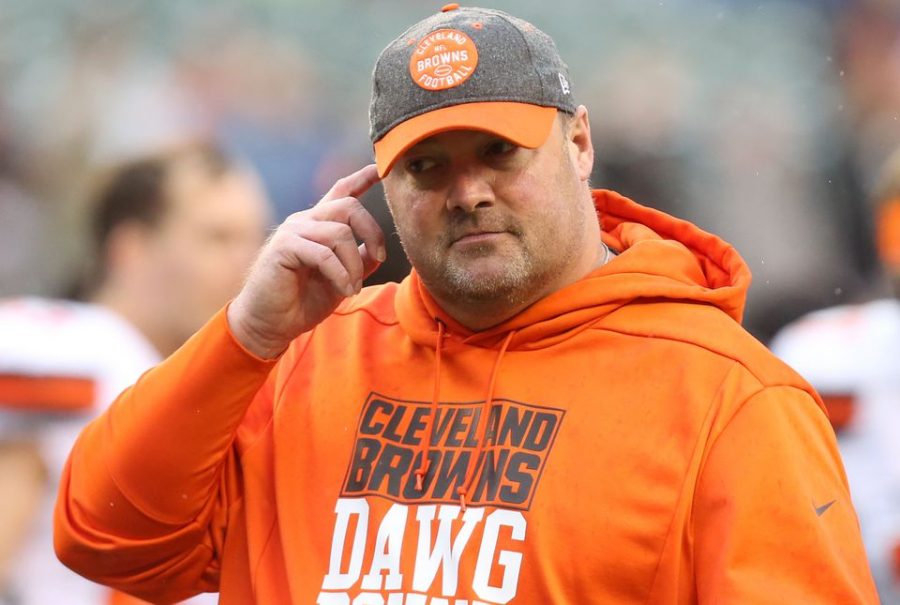 Nobody enjoys watching their team lose.

Fed up with the incompetence of Bill O’Brien as head coach and general manager in 2019, Houston Texan fans put together multiple Change.org petitions back in March calling for his firing. One petition even garnered 20,000 signatures.

But the Texans ownership didn’t make a change — until they finally did.

For the fans who don’t root for the Texans as hard, O’Brien’s firing last week came at just the right time. Whether they believe in interim head coach Romeo Crennel or not, fans can rejoice in knowing the guy they wanted out is finally gone.

Renting a coach in football, whether at the professional or collegiate level, doesn’t happen too often. “Renting” refers to an interim coach hired in the middle of a season to replace a coach who got sacked. Only 87 NFL head coaches have been fired mid-season in the past 50 years. But with recent firings of O’Brien and Dan Quinn, head coach of the Atlanta Falcons, it’s time to ask the question — is renting a coach an effective strategy?

The Browns fired head coach Hue Jackson eight games into the 2018 season, after starting the year 2-5-1, bringing his collective record as head coach of the Browns to 3-36-1. The Browns finished the year 7-8-1 after renting defensive coordinator Gregg Williams, but made a change in the off-season, hiring Freddie Kitchens to replace Williams and Jackson. After finishing their last eight games of 2018 at 5-3, the Browns would go 6-10 in 2019, on their way to firing yet another head coach. The Browns’ coaching rental won more games than he lost in 2018, but the team stifled the development of its quarterback of the future, Baker Mayfield, through constant regime change.

The Giants took a massive step backward after making the playoffs in 2016, going 2-10 through the first three-quarters of their 2017 campaign. Head coach Ben McAdoo soon found himself unemployed, replaced by defensive coordinator Steve Spagnuolo. The Giants won just one of their final four games, ending the season 3-13. The Giants have found almost no success since their mid-season coaching change, sitting at 10-31 since McAdoo’s firing. Pat Shurmur replaced Spagnuolo at the end of the year, only to go 9-23 in two seasons. The Giants now sit last in the NFC East at 0-5 with Joe Judge at the helm.

The Rams kicked off their 2016 campaign winning three of their first four games, before dropping eight of their next nine, leading to the firing of head coach Jeff Fisher. Special teams coordinator John Fassel took over as interim head coach for the remainder of the season. The Rams lost their final three games, finishing the season 4-12. Washington offensive coordinator Sean McVay grabbed the reins in 2017, leading the LA team to a division-winning 11-5 record. The Rams used their rental to transition into the McVay era, where they are 37-16, including a 4-1 start to the 2020 season.

The Titans moved on from Ken Whisenhunt after seven games in 2015, promoting Mike Mularkey to interim head coach for the remainder of the season. The Titans ended the season 2-7 under Mularkey, but the front office felt he had earned the job going forward, so he stayed at the helm in 2016 and 2017. The only team on this list whose coaching rental went on to serve as their full-time head coach, Mularkey’s Titans went 9-7 and finished second in the AFC South in each of his years as head coach. Even with Mularkey leading the franchise to its first playoff win in 14 years, the front office envisioned a different direction for the offense — the reign of the interim coach ended after two winning seasons.

If the current coach has problems with players, it makes sense for a team to move on as fast as it can. But if that isn’t the case, and it really is about poor performance, then based on these examples, there’s no reason to sack a coach just to continue losing. And when it comes down to it, most interim head coaches don’t get hired full time anyway, so what’s the point, unless you truly believe an interim coach will lead your team to the playoffs — which is rarely the case. Even the anomaly that is the 2018 Browns didn’t make the playoffs, and Williams wasn’t hired the next year.

Every team gains transparency in their coaching search with mid-season firings, but it isn’t enough to justify the toll that three coaches in a span of two years can take on players. Tossing your coach mid-season is unfair to the players who have worked for one coach all season as well as the rent-a-coach, who knows he’ll likely leave at year’s end. The only people who benefit are fans fed up with the situation, and the front office that gets a scapegoat for poor performance.