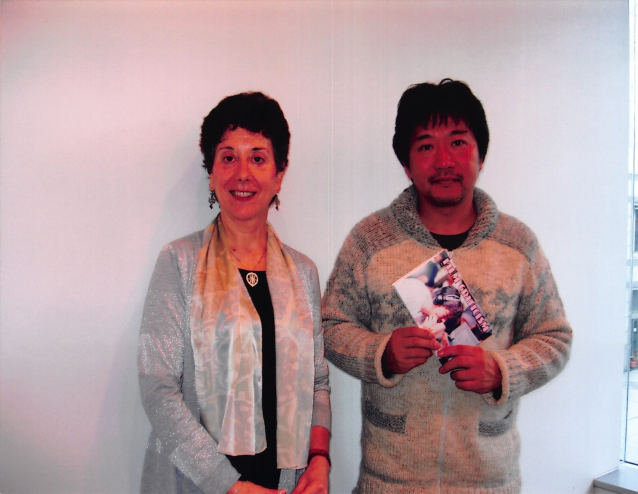 Japanese filmmaker Hirokazu Koreeda doesn’t speak French, but audiences watching his 2019 film “The Truth” might never know that. According to Neepa Majumdar, an associate professor of English and film and media studies, “if you didn’t pay attention to the credits, it could easily pass as a French film.”

“The Truth” is Koreeda’s first international work, shot in both French and English. Pitt’s Screenshot: Asia program hosted a Zoom screening of the film Wednesday night, followed by a discussion with Majumdar and Charles Exley, an associate professor of modern Japanese literature and film.

The screening was part of the Hirokazu Koreeda Film Series, which began Sept. 2 with “After Life” and will conclude Nov. 4 with “Shoplifters.” Linda Ehrlich, a professor at Case Western Reserve University and the author of “The Films of Hirokazu Koreeda: An Elemental Cinema,” will lead a discussion at the Nov. 4 screening. Students and faculty interested in attending can register through the Asian Studies Center’s website.

Fabienne has at the same time taken a new role in a science fiction movie. This movie — based on the short film “Beautiful Dreamer” — tells the story of a mother who must leave Earth to save herself from a fatal illness. Returning to Earth every seven years, the mother remains youthful while the daughter, played by Fabienne, grows old.

According to Exley, he and his colleagues chose to screen “The Truth” because it marks a major step for Koreeda into the role of international filmmaker — especially with the appearance of Binoche and Deneuve, two widely celebrated French actresses.

“The all-time most famous French actresses just happen to be in this film,” Exley said. “Both of those women have been in Hollywood films, they’ve been in French films. They are well known around the world as leading actresses.”

“The Truth” plays into Deneuve’s status as a major French celebrity, including subtle references to the actress’s career. Majumdar also pointed out that Deneuve and her character seem very similar on a personal level.

“There were times when it was hard for me to think of her as playing a character, as opposed to playing Deneuve,” Majumdar said.

The acclaimed French actresses in “The Truth” may make it appealing to Western audiences, but according to Ehrlich, Koreeda’s other films also hold weight outside Japan.

“He’s a very important filmmaker, not just for Japan but for the world,” Ehrlich said. “He doesn’t do grand epics or special effects or anything like that, but his stories focus on what makes us human.”

Bruno Cursini, a graduate student in film and media studies, watched “The Truth” for the first time at Wednesday’s screening. A fan of Koreeda, he pointed out that this film has different strengths compared to his earlier works.

“I liked the film, even if not for the usual reasons I’ve liked other of Koreeda’s films,” Cursini said. “The dynamics among the characters and the cinematic discussions were the highlights for me.”

Although “The Truth” is outside the box for Koreeda, Exley and Majumdar both stressed that it plays off familiar themes from the director’s other films, including the untrustworthiness of memory. As Lumir and Fabienne reminisce about and fight over the past, it becomes less and less clear what version of events is correct.

“The deeper you get into it, the more you realize, ‘I recognize the family elements, I recognize the interest in cinema and the constant references to memory,’” Exley said.

“The Truth” also dedicates much of its plot to developing the character of Fabienne’s granddaughter, Charlotte (Clémentine Grenier). Ehrlich said she appreciates Koreeda’s ability to direct child actors — including Yuya Yagira, who at age 14 became the youngest person to win Best Actor at the Cannes Film Festival for his performance in “Nobody Knows.”

“[Koreeda’s] respect for children inspires me, and I see a big difference when I see some other films with other child actors,” she said. “With Koreeda, the children collaborate with him on the films.”

While “The Truth” is Koreeda’s first international film, most Americans better know the director for “Shoplifters.” The 2018 film, which won the highest award at Cannes, tells the story of a family of petty thieves who take in a young girl off the streets.

Ehrlich attributed the international success of “Shoplifters” in part to its nuanced portrayal of a nontraditional family, as well as the universality of its characters.

“The main characters are very relatable,” Ehrlich said, “although they’re not necessarily like you and me at all. But the dilemma that they’re in is not so far from the dilemma that anyone could be in.”

The success of “Shoplifters” stands as an example of Western audiences crossing boundaries to appreciate an Asian film. According to Exley, the ability of cinema to transcend cultural differences also appears in “The Truth,” since during filming, Koreeda and his actors learned to make art together despite speaking different languages.

“Language is not as important as sharing the vision of the director, and as long as you have that shared vision, you can make something happen,” Exley said.