Editorial | Allowing students to attend football games is too risky 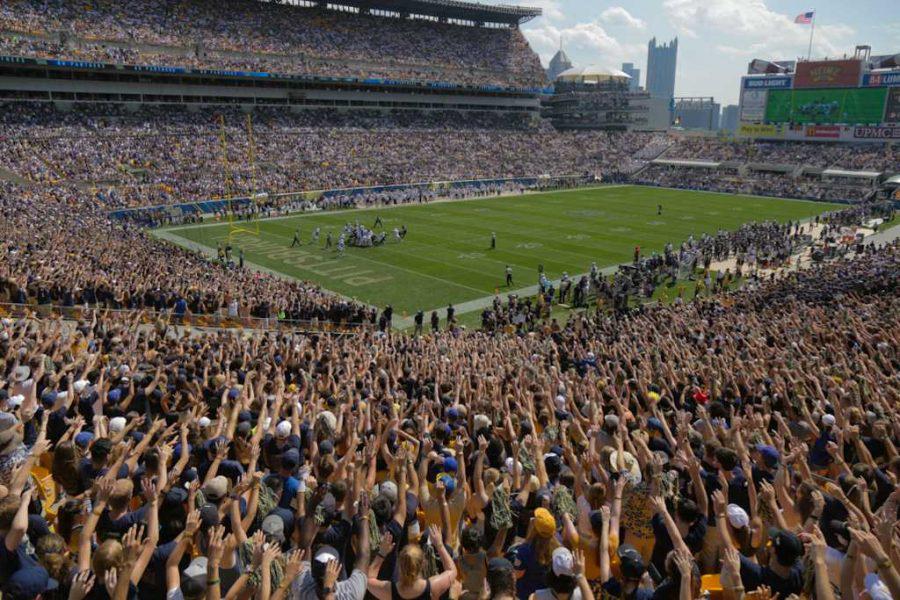 Pitt announced Thursday that it would allow fans to return to Heinz Field to watch the football team’s two remaining home games.

In theory, Pitt allowing students into Heinz Field to watch upcoming home games is a low-risk move, given that the stadium won’t be at capacity and the University told students they must follow social distancing measures while in the stadium.

But in reality, there is no foolproof way to stop people from congregating inside the stadium or to ensure they follow all precautions. This all makes the idea of allowing football fans into the stadium extremely risky and raises questions about why Pitt thinks this is a good idea.

Pitt’s announcement states it will allow “approximately 5,500 fans” into the stadium, with the maximum capacity set at 7,500 — a number that includes facility staff and personnel. The normal capacity for Heinz Field is about 77,000 people, which includes stand seating, club seating and suites. This means that Pitt can, at most, fill the stadium to about 10% of its usual capacity.

On paper, it sounds like allowing fans into the stadium would be a low-risk endeavor, especially considering that most of the seating is outdoors. With proper social distancing and mask wearing, it would likely be a fairly safe environment. But this is not necessarily the case. People will inevitably gather in smaller, enclosed areas such as bathrooms, the lines to buy concessions or gift shops.

While the Heinz Field website outlines several precautions management has taken to limit contact through concession stands, the fact that food and drinks will still be available for purchase is another risk associated with football games. People who purchase food or drinks will logically have to take off their masks to eat or drink, and there’s no telling where or when they’ll do this.

The fact that gift shops within the stadium will be open causes additional concern. On its website, Heinz Field encourages fans to visit the Steelers’ Pro Shop and the Panther Team Store inside the stadium. Both locations will likely be high traffic areas and as such pose a higher risk than just sitting outside would.

Another issue with this is that the majority of people in the stadium will not be Pitt students. There will be about 4,800 seats available in the stadium, and 1,000 of these will go to Pitt students, meaning that people from areas outside of Oakland could fill about 3,800 seats. This will put Pitt students in close proximity with people who they would not otherwise come into contact with. Additionally, the people who attend the game may be from places where there are higher numbers of COVID-19 cases, which again increases the risk of allowing students to watch the games in person.

While some may argue that allowing in-person classes is as risky as allowing people to watch football in person — if not more risky, given that classes are held in enclosed, indoor spaces — this is not the case. People can argue that there is a discernible benefit to allowing students to return to in-person instruction, as many find it easier to focus and retain material when in a physical classroom setting. This does not apply to football — football is not an essential activity, and it isn’t more challenging to watch a game from your house.

If Pitt wants to allow students to watch football games in person with as little risk as possible, it must release stricter protocols as to what will or won’t be allowed inside the stadium, and it must have a plan in place to enforce these protocols. Or, better still, Pitt should discourage students from attending.