Bigelow to partially reopen as construction moves into fourth phase 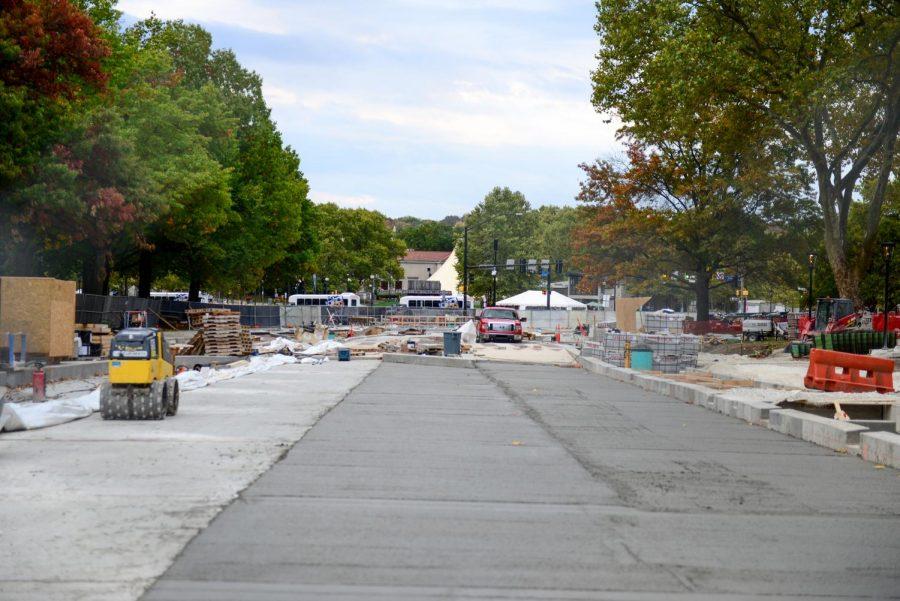 Parts of Bigelow Boulevard will reopen on Saturday as the University's massive construction project moves into its fourth phase.

Parts of Bigelow Boulevard will reopen next Saturday as the University’s massive construction project moves into its fourth phase.

According to Scott Bernotas, the associate vice chancellor for facilities management, the road will remain closed to cars, but surrounding areas will be open to pedestrians.

“The project will reach a new milestone on Oct. 24, opening the Bigelow Boulevard mid-block crosswalk, north and east areas of the William Pitt Union grounds and surrounding walkways,” Bernotas said.

The newly renovated Union grounds will provide students with more room to spread out as the University moves to the Guarded Risk posture Monday. While these areas may not be utilized as often this semester with dropping temperatures and continuing COVID-19 protocols, students will be able to enjoy the outdoor seating during the spring term.

David DeJong, acting senior vice chancellor for business and operations, said students will eventually be able to reserve the outdoor amphitheater in front of the Union starting in the spring.

Phase four, the final stage of construction, was originally slated to take place from June to August of this year, though construction was halted and deliveries were delayed throughout the spring and summer due to county COVID-19 restrictions.

Officials said there was a two-month pause in construction due to COVID-19 guidelines, and concrete planters — which are key to the finished design and vehicular safety — were delayed an additional two and a half months.

Aside from a few setbacks, DeJong said the project has gone according to plan and that there are site-specific safety protocols that will be in place for the duration of the project.

“We are pleased with the progress and look forward to opening a new and improved Bigelow Boulevard and William Pitt Union grounds, connecting the campus and community,” DeJong said.

The final construction phase is projected to take place until around mid-December, Bernotas said. It will include the placement of the concrete planters and other barriers and eventually the opening of the road to vehicular traffic.