Satire | What is homecoming anyway? 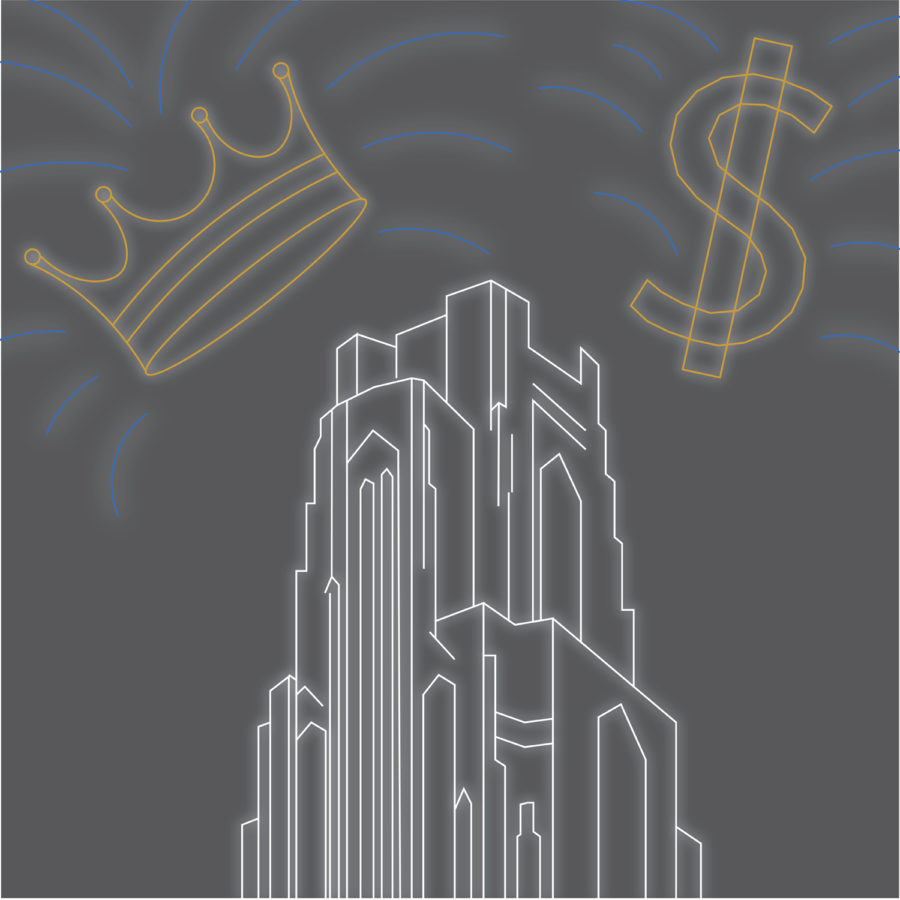 You probably think I’m stupid. Including high school, this year marks my eighth homecoming celebration as a somewhat-participant, so for eight years I have just been showing up at football games and voting for strangers without being cognizant of why. Now that I’ve reached my last homecoming as a student, I’ve decided to get to the bottom of this.

I know that a simple Google search will give me all the answers that I need, and would have given them to me years ago, but I do not Google things that I do not care about. For years my stupidity has been reinforced by concession stand snacks from various football stadiums, which always has and always will be the best way to buy my cooperation. But now that I am a very fancy writer, I figured I could puzzle this out in a way that lets all of you watch a human thought process devolve.

We’ll begin with what I do know. For eight years now, in early to mid-October, I am made aware that homecoming is happening. I am also made aware that certain people would like to be on homecoming court, and I have to listen to them convince me why I should vote for them. Then there is a football game, and people win positions as homecoming monarchs, but I never remember who they are because I am probably eating a pretzel and the cycle repeats year after year.

My first question is why homecoming always happens in October. I don’t know about you, but I feel like October is consistently the suckiest month in school. My theory is that it’s due to midterms and the fact that numerous people on Instagram think that nobody has seen a tree before, but I can’t be sure. Is homecoming meant to make us feel better? Is there something significant about the month of October in the homecoming lore?

Also, what does it have to do with football? I do not see the correlation between contact sports and the crowning of school royalty. I must admit that football is another thing that I don’t understand, even though I used to be in marching band and was required to attend every single high school game for four years. Is it just the best way to gather? Now that there is no football game, and therefore no gathering, what are we even supposed to do?

I am also very confused about the concept of homecoming royalty. When it happened in high school, it made sense because the 10 most popular people out of my class of 150 were pretty easy to identify and subsequently ignore. But now that I’m in college, there are several strangers in my class of thousands that have added me to Facebook groups and emailed my club for endorsements. I respect the hustle, but what is it all for? Every homecoming monarch in my lifetime has graciously accepted the honor on a football field and then disappeared into the school-spirit ether.

What does one gain from being voted into non-power by their peers? I can definitely see the social validation aspect, but for what reasons do people vote for these people? In all the Facebook groups to which I have been added, I don’t see any kind of platform or manifesto. It also seems like a lot of work. These people are creating professionally shot campaign videos and visiting club meetings in search of endorsement. I always think it’s great when people work really hard on something that truly is a net positive, but what are they working towards? When your hard work pays off, what happens?

Now, it is time to start Googling, so maybe some of my hard work can pay off. When I Google search, “what is homecoming?” I get a dictionary definition that defines it as “an instance of returning home,” which does not help at all. So, I dug deeper and found an article from Seventeen Magazine, a publication that always comes through for me despite the fact that I am a 21-year-old adult. Carolyn Twersky says that colleges originated the homecoming celebration in the early 1900s to celebrate the first football game of the season and welcome alumni back to campus. Also, apparently sometimes there are parades, and I don’t even want to think about that.

In terms of the award winners, the email about Spirit of Pitt that I didn’t read until today says that the recipients are awarded a scholarship of sorts and are meant to represent the student body. I must applaud the riddance of gendered titles, even though my transmasculine heart has always dreamed of being homecoming king. I definitely understand that these winners will be a representation of the student body, and I am happy for them — but I still can’t figure out what it is that they do. I believe I am going to just make my peace with the fact that I may never know, and maybe some things are just for fun and not any incredible significance.

I hope you all enjoyed learning about something that you probably already knew about because you pay attention to things and use your brain instead of just living in stupidity like I do. This is the closest I have come to doing investigative reporting, and I think I did an awesome job. Happy homecoming to all, and to the Spirit of Pitt recipients, remember that with great power comes great responsibility.

Alex is a senior theatre arts major and creative writing minor. They primarily write satire about how the world is ending. You can reach them at [email protected].