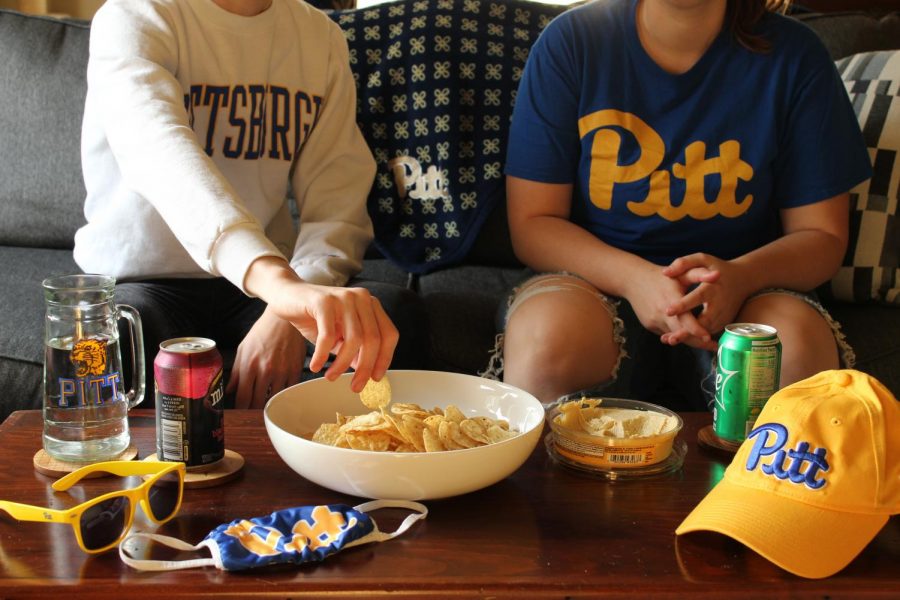 Even though Pitt will allow some fans to watch football at Heinz Field, it’s strictly prohibiting tailgating in its lots for the rest of the season.

On a typical game day, it’s hard to miss the masses of people congregating in the various parking lots of Heinz Field all throughout the game. Donning their blue and gold attire, socializing, grilling, listening to music and playing games are a staple for Pitt fans before cheering on the Panthers.

Andrew Hill, a senior computer engineering major, reminisces on what a typical tailgate looked like for him and his friends in seasons prior. Hill and his fraternity used to host tailgates in the parking lots on the North Shore, complete with plenty of amenities.

“We would always have stuff like cornhole, a lot of different games and music,” he said. “We would sometimes bring a TV out so we could stay out a little bit after kickoff and we could catch the beginning of the game before heading in.”

But this isn’t a normal season.

Due to social distancing guidelines in response to the COVID-19 pandemic, Pitt announced earlier this season that fans would not be permitted inside of the stadium to watch home games, at least for the month of September.

While Pitt is now beginning to let in a small number of fans, Heinz Field strictly prohibits tailgating in their lots this season. Many of the lots that once hosted thousands of football fans on game day are completely closed for the time being.

Although Pitt fans cannot spend time pre-game outside of Heinz Field, that doesn’t mean game day festivities aren’t happening at all this season. Fans are just getting creative with their game day experience at home.

Unable to watch the games from the stands so far this season, fans keep up-to-date with the game and score in a variety of ways. People watch the game on the television and streaming websites, listen to live updates on the radio and check social media for scores and play-by-play updates.

Everything that one used to do during tailgates — grilling, listening to music, playing games like cornhole — can still be done on game days, just on a much smaller scale at home.

Like many other Pitt fans this season, Hill created a new game day routine in the absence of tailgating on the North Side. With social distancing guidelines, he found a way to watch the game and enjoy time with his friends on a much smaller scale.

“The way we’ve been doing it is obviously in much smaller groups. So I’ll have my roommates, some of the neighbors, and a couple of friends over,” Hill said. “We bring our TV out to the front porch and that kind of gives us a way to get involved with the street as well. People will walk by and see the TV and ask what the score is — that type of stuff. We’ll play music and still have some beers out there.”

Long-distance Pitt fans are getting creative with their tailgates, too. Pitt class of 2015 graduate Joshua Loepig now lives in Portland, Oregon, but found a way to show his spirit for his alma mater across the country during an unusual season.

“Last year I started getting Pitt people together here in Portland and actually a good amount of the people in my bubble that are also Pitt graduates out here,” Loepig said. “We get together on Saturdays and had to get YouTube TV to watch the ACC network. We have some themed food and watch the game together.”

After Gov. Tom Wolf lifted restrictions on the number of spectators allowed for events, Heinz Field will welcome fans into the stadium for the next home game against Notre Dame this Saturday.

But with the spread of the coronavirus still a concern, some fans are wary of traveling to the stadium to watch the games and will stick with their new game day traditions from home.

Prior to this season, Loepig and his friends from all across the country would fly out to Pittsburgh to tailgate and support the Panthers in the stands. He said they’ll most likely be skipping out on that tradition this season.

“We plan one or two games to come back to every year just depending on when we can,” Loepig said. “I would stay away from it this season.”