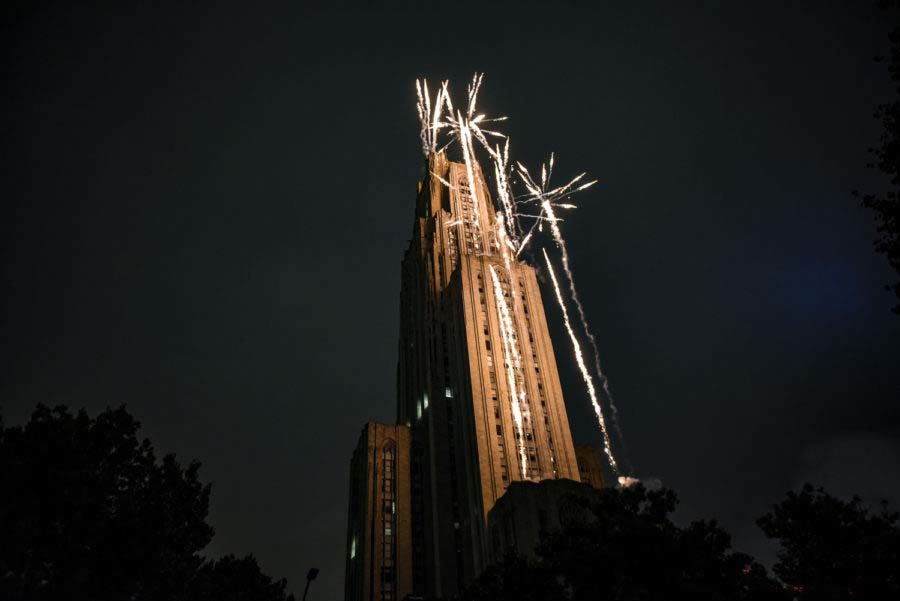 By Julianna Poljak, For The Pitt News

It’s not often that you see South Oakland’s very own Frenchi’s Deli posting about Pitt’s homecoming candidates on their Instagram. But with “#StayatHomecoming” as this year’s motto, candidates have used every virtual advantage they can to spread their campaigns.

With a semester as “unprecedented” as this one, some of this year’s 20 homecoming candidates had to be more creative in promoting themselves to students. With the University only recently announcing the Monday switch to Guarded Risk posture, candidates have utilized primarily online resources and social media to gain votes. This is also the first year when Pitt has removed the gendered titles of homecoming king/queen and will instead have two gender-inclusive “Spirit of Pitt” winners.

Due to the nature of #StayatHomecoming this year and lack of in-person campaigning, candidates are relying on their sponsorships — which are endorsements from student organizations — to help spread the word.

Ashumi Rokadia, a senior and “Spirit of Pitt” candidate, explained that those who run are allowed both primary and secondary sponsorships. To be eligible to run for homecoming, each candidate must have at least one primary sponsor and organizations are only allowed to primarily sponsor two candidates. A secondary sponsor can sponsor as many candidates as they choose.

“Every candidate who’s running gets one or two primary sponsors and we have unlimited secondary sponsors,” Rokadia, an information science major and student director of the Student Alumni Association, said. “Those organizations can just put us on their feed and on their stories too. Then every candidate gets one post on the SAA Instagram and one post on the Blue and Gold Instagram.”

Cameron Clarke, another “Spirit of Pitt” candidate, said he felt there was a measurable difference in how past homecoming candidates have campaigned compared to this year.

“Something that’s been a bit difficult for people who are running is that we aren’t really able to meet others in person,” Clarke, a senior anthropology major and Carribean and Latin American Student Association president, said. “So it’s really been talking to our different sponsors, different communities.”

Regardless of being restricted to online resources, many candidates have taken their campaigns in different directions. Some created a separate Instagram account to share their slogans and answer questions, while others decided to spread the word through their personal accounts. One candidate even shared their video on r/Pitt, a Reddit page dedicated to the University community.

Rokadia and her running mate, Erin Casey, opted to use their own personal Instagram accounts for the campaign, and said they were trying their best to keep a balance between promotion and their typical content.

“I’m trying not to spam my account and annoy the people that follow me,” Casey, a senior rehabilitation sciences major, said. “But also I know Ashumi and I really are passionate about the campaigns and want to do well.”

Specific to a semester via Zoom, Stana Topich said her running mate Ryan Ferrante, a senior biological sciences major, was trying out a new technique to reach students in his classes.

“Ryan has been promoting us in his class Zoom chats and never would I ever have thought to do it,” Topich, a senior psychology major, said. “It went so well. We’re lucky that we have a creative side to it and we’ve been having fun with it too.”

Another candidate, Bea Fadrigon, made an Instagram account specifically for the campaign. Fadrigon, who is running alongside Clarke, said the account is her favorite way so far to connect and interact with students.

“Right now I think my favorite part is we’re doing Instagram day takeovers, to get a glimpse of what our day is like. I’ve been putting a lot of interactive polls or open questions,” Fadrigon, a senior psychology major, said. “I think people are gonna decide what I have for lunch.”

Despite the limitations set on campaigners this year, most candidates said they felt there were plenty of benefits to virtual campaigning. According to Fadrigon, online promotion helps her reach a wider audience.

“I think campaigning online has given us a unique advantage and privilege of being able to connect with the larger Pitt community in ways that we couldn’t before,” Fadrigon said. “It’s harder to find groups of people that you don’t necessarily click with or connect with in person.”

“Spirit of Pitt” candidate Brianna Weissman also said online campaigning made the entire experience easier for herself and her running mate, Lily Swanson.

“In a sense it made it more accessible on our part.” Weissman, a senior biological sciences major, said. “We’ve been going to a lot of freshman programs classes which is so easy because it’s on Zoom and you pop in, pop out.

Even with the optimistic attitude, Swanson, a senior history and psychology major, said there were still parts of in-person campaigning she was upset about missing.

“I feel like the only ‘not fun’ thing is [that homecoming] doesn’t seem like a huge campus thing this year,” Swanson said. “Luckily we’ve been able to go to the freshman classes. But you don’t get a sense of people, or talk to people who aren’t involved with similar clubs that you’ve been in.”

Regardless of the fact that they have to campaign online, Topich said she felt the hard work everyone put into their homecoming campaigns has helped keep the “Spirit of Pitt.”

“Being stuck at home is such a morale killer. And just the fact that there are 20 people who want to show how much they love the University, I think is incredible,” Topich said. “Those people are the Spirit of Pitt and everyone deserves all the love.”