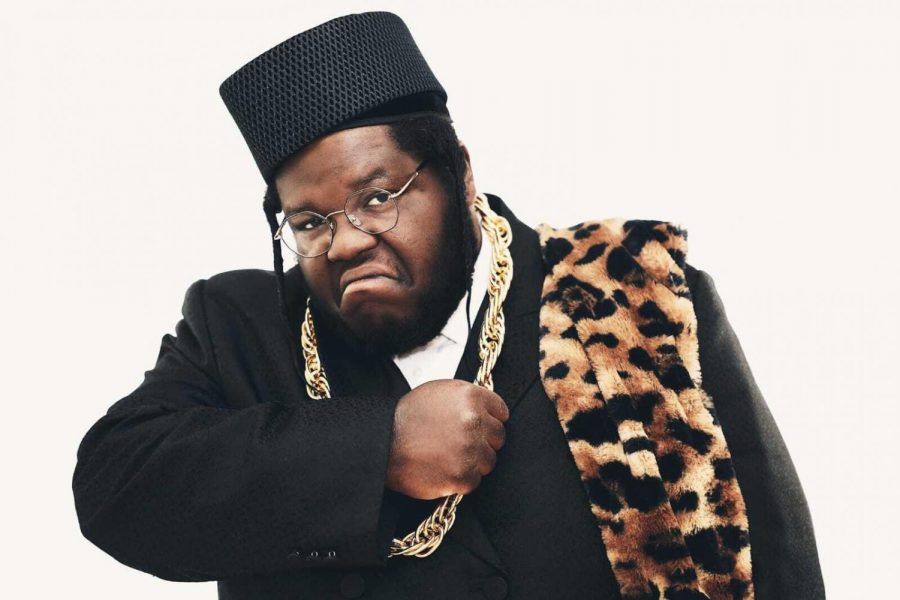 Rapper Nissim Black performed his song “Mothaland Bounce” from Israel Thursday night, moving up and down in the signature dance move from the music video that has amassed over 4 million views on YouTube.

“Black and Yiddish / I been with it, Sammy Davis Cousin / Tried to dodge the industry but now my name is buzzin,’” he rapped.

The performance was part of a Zoom concert and Q&A from Pitt Program Council, Chabad at Pitt and the Jewish Federation of Greater Pittsburgh. Black, a self-identified African American Hasidic Jew, delivered live renditions of his songs and discussed his early experiences in the music industry and his exploration of religion.

Black, who is from Seattle and currently lives in Jerusalem, began the night by recounting the events of his life that led him to convert to Judaism and incorporate his faith with his music career. He said he became entangled in drugs and gang violence at a young age, but also discovered religion at the same time thanks to his grandfather, a Sunni Muslim.

“Although I found myself in a lot of trouble, I still was very much connected to some deeper thought of wanting something more,” Black said. “As time progressed, my grandfather ended up going back to prison. I didn’t stay so religious on the path of Islam, but if anyone would have asked me I would have told them I was Muslim.”

According to Black, he began making music while attending a hip hop program at a Christian camp, leading him to convert to Christianity at age 14. He said a record label discovered one of his demos when he was in high school, but wanted him to develop a tougher persona before signing him.

“I really just conformed almost completely to everything they were saying, with the cursing and the gangsta music. I found myself somewhat confused,” Black said.

Black said his discovery of Judaism came about when he became involved in an altercation in which his friend attempted to shoot a rival rapper. He made amends with that rival rapper, but said the situation led him to make life changes that would help him avoid a similar situation in the future. Black recounted turning further to religion, going beyond his Christian and Muslim roots to explore Judaism as well.

“Going through these different texts, the amazing part that stood out to me about the Torah — and what stood to me about the Tanakh, about the entirety of it — was the honesty of the story,” he said. “This resonates more with me. I’ve had a lot of ups and downs in my life.”

After sharing his story, Black launched into his performance of songs like “Best Friend,” from his most recent full-length album. Throughout his performance, Black rapped and sang along with prerecorded tracks, dancing and nodding along to the beat while the camera zoomed in and changed angles. While singing “Eight Flames” — a song about the miracle of Chanukah — Black raised his hand in a power fist.

“Even in the dark we light it through / And now I give that light to you / But we fight back to light that fire,” he sang.

According to Rabbi Shmuli Rothstein of Chabad at Pitt, Chabad wanted to bring Black to campus after seeing Black Lives Matter protests emerge across the country this summer. Rothstein said Black’s music stood out to him for the way it combines his experiences as a Black man with his Jewish faith.

Reagan King, PPC’s special events director, said she agreed to help Chabad put on the event because she thought the Pitt community could benefit from hearing about Black’s experiences, especially in the wake of the Black Lives Matter movement.

“The messages in his music are really interesting and important,” King, a senior communications and rhetoric major, said. “With him being a Black Jewish man, I thought it was important to bring someone on campus that could share a little bit of that perspective.”

Black took questions from the student audience after the musical performance. Ella Mizera, a first-year student, asked him about the subject of his song “Best Friend,” which Black said was about music.

“Music is generally our best friend in times of ups and downs, and knows all the right tunes and all the right words to help us through life. In my case, it’s been with me for a very long time,” he said.

Mizera said she attended the event in part because she was interested in the way the event combined rap and Hasidic culture. She said learning about Black’s story and his journey with faith and with music felt memorable.

“It was incredible to hear him tell his story,” Mizera said, “and to see that someone who had gone through so much be able to find himself through art and religion was powerful.”