Deadline for mail-in ballot requests approaches, some students express frustration with the process 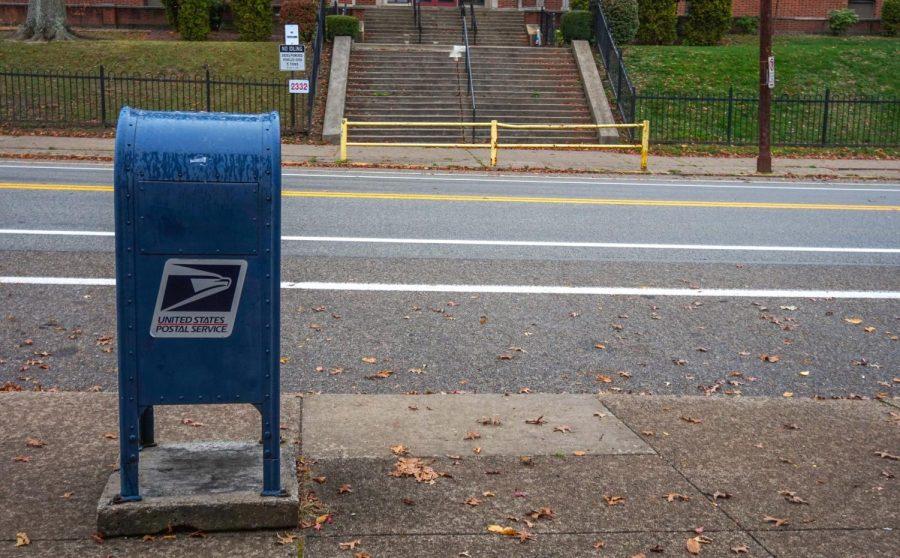 The deadline to request a mail-in ballot is Oct. 27.

This year’s election depends on an interesting candidate, one considered obsolete and unnecessary by some.

The deadline to request a mail-in ballot is Tuesday, and as of Oct. 25, 250,141 out of 401,733 approved requests had already been returned according to the Allegheny County Elections website. There are 937,101 registered voters in Allegheny County, meaning that almost 43% of the county plans to vote by mail-in, absentee or overseas ballots this election.

The rates are significantly higher — both for the number requested and returned — for registered Democratic voters than Republican, according to the Allegheny County Elections website. This comes after President Donald Trump repeatedly made false claims about mail-in voter fraud.

Requesting a mail-in ballot is possible with a Pennsylvania driver’s license number or PennDOT number by completing an online form by Oct. 27. If that isn’t possible, the deadline has passed to mail in a paper form or deliver it to the county office.

Recently, Allegheny County faced criticism after sending out more than 28,000 incorrect ballots. A mapping error caused them to print the data of one voter on the next voter’s ballot, and the error was not caught until reported by multiple voters who had received their ballots. Replacement ballots have been sent out, according to the county’s website, and voters can expect to receive them by Oct. 26.

Dominic Victoria, a first-year undecided major, was one of the voters whose ballot was replaced. He said he didn’t change his registration when getting to college, as he lived in Pittsburgh before becoming a Pitt student, and said he didn’t love having to make an extra trip to his parents’ house for the replacement ballot. But he said he still fully supports voting by mail because he thinks “any way of making it easier to vote is a good thing for voting.”

“It can be trickier, with the double envelopes and having to request it, but if we can get the process out there and then improve on it, I hope we can see a lot more voting by mail in the future,” Victoria said.

Although mail-in absentee ballots have existed before this year, this is the first year Pennsylvania has offered mail-in ballots for any voter. First-time voter Lizzie Stehr said she was relieved to not have to worry about driving home or COVID-19 when casting her ballot this fall.

However, Stehr, a first-year public and professional writing major, was concerned because her ballot didn’t get to her until Oct. 23, and she is registered to vote in her hometown. She said it was unnerving when her ballot hadn’t come less than two weeks out from the election, and she couldn’t just go Downtown to the courthouse to vote if it didn’t come in time.

“I think mail-in ballots are a great idea in theory, but in reality not the best in execution,” Stehr said. “It’s stressful to make sure you get your ballot, especially this year. And if you’re not committed to voting and finishing the process it’s really easy to let it slip.”

Brooke Bowen, a first-year undecided major, said she found mail-in voting to be very convenient, as she didn’t have to plan to go to the polls on Election Day, but was still very nervous about whether her ballot would actually make it back to her hometown.

“I found it very convenient. It was delivered right to my dorm and I could fill it out and just leave it with the mail center and they sent it right back, it was super easy in that sense,” Bowen said. “But I was most nervous about the whole idea of mailing it back and what if it got lost or doesn’t get in on time. But I got an email earlier this week that it was accepted, which was super exciting.”

In order to make voting easier, Allegheny County expanded its hours at the main elections office in order to allow more voters to apply for, receive and return completed mail-in and absentee ballots. County spokesperson Amie Downs said if students have applied for but not received their ballot yet, they should consider going down to the office and having it reissued there.

Downs also said her main concern with student voters is their addresses, as some students are not keeping their registration up to date when moving to and from Pitt’s campus. This could result in a ballot being lost or their application being denied if they update their registration after requesting a ballot.

“What we are finding is that students have a different address this year and didn’t update their record, or that they applied before updating their voter registration and so the application was actually declined. It’s important that the voter registration be kept up to date,” Downs said. “And if you’ve moved or changed where you are since applying, you need to notify the office.”

Victoria said he was frustrated by the mistake in his ballot, but at the end of the day, he was still glad mail-in was even an option. He said this felt more like just a process he needed to get done rather than the typical “experience” of voting but that he still would’ve done it regardless.

“I will for my entire life vote in every election I’m offered, because this is the very least I can do to get my vote out there,” Victoria said.