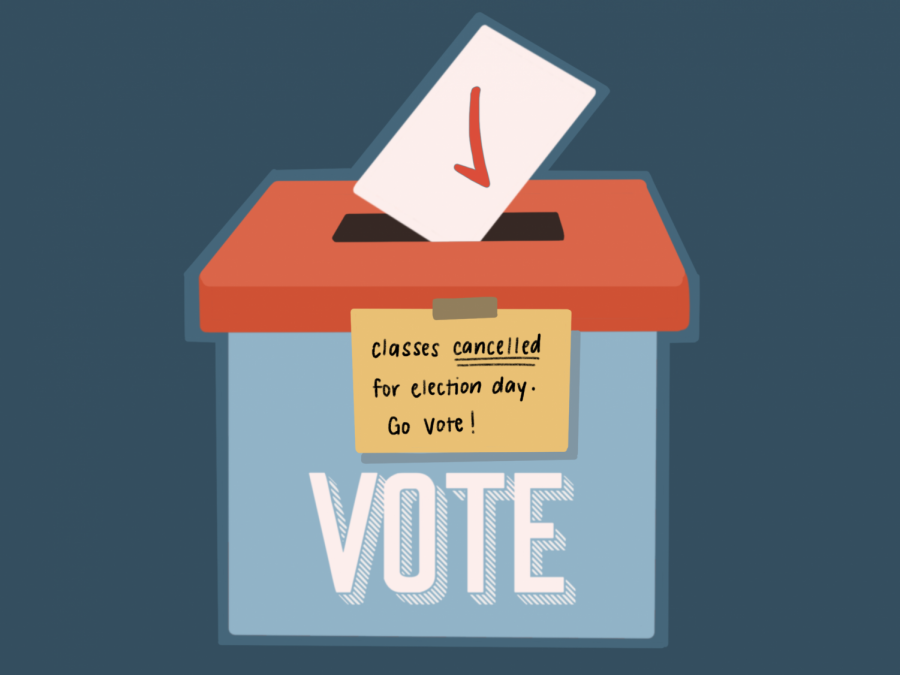 With Election Day less than a week away, anxiety is intensifying.

An Allegheny County contractor distributed nearly 30 thousand incorrect ballots to voters. People are waiting in line for hours to vote early at polling places. The Pennsylvania Supreme Court ruled last week that mail-in ballots could not be rejected solely due to signature mismatches, though it’s concerning that this even made it to the Supreme Court in the first place. Many student voters are still concerned about the status of their mail-in ballots, or what the polls might look like on Election Day for them.

Voter turnout in college-aged students is traditionally low. Only about 48% of college-aged students voted in 2016, and this is a few points higher than 2012. Citing that they were “too busy or had a conflict,” 47% of young non-voters said this was why they didn’t vote in 2016. Results such as these, in addition to student advocacy, have pushed some universities — including Brown University, American University, University of Utah and Colorado College — to cancel classes entirely on Election Day. Pitt is not mandating that instructors cancel class on Election Day, but individual instructors still have the ability to cancel their classes on Nov. 3. And they should.

Voter accessibility and suppression — factors that contribute to lower turnout rates — have always been a pressing issue, but their effects are heightened this election cycle. It’s vital, then, that we collectively work to make voting as accessible as possible to everyone.

In rural areas, some people have to drive over an hour to their polling location. In New York City, some voters waited in line for over five hours for early voting — casting a bleak picture of what voting on Election Day might look like. Communities of color — specifically Black and Indigenous communities — often face disproportionate voter suppression. Not every Pitt student chose to, or could feasibly, return to campus this fall. This means students could be anywhere, facing voting barriers different than what they’d typically face in Pittsburgh.

It’s also important, in the time of COVID-19, for young people to consider working polls. In the 2016 general election, 58% of poll workers were over 60 — an age group at a higher risk for COVID-19 complications. Some states faced a shortage of poll workers in the 2020 primaries, which decreased voter accessibility by default. The Centers for Disease Control and Prevention have offered guidelines to make the polling environment safer and cleaner, but there’s always risk involved. Canceling class gives students the chance to do this, and the entire community benefits.

Still, professors might face time constraints on their coursework by canceling class. At Pitt, we’re already working on a shortened semester. Instructors are shoving 16 weeks worth of instruction into 14 — and being primarily online seems to make school work and teaching harder for everyone. Many of us feel like this semester has been a constant, stressful game of catch-up. It’s true that canceling class on Election Day might push professors further behind schedule, and they might not be able to fit all the course material in exactly how they’d planned. There might not be a great way around this, but frankly, one reading, small quiz or lecture is not more important than voting.

Scheduling an asynchronous class — where students complete coursework for the day on their own time — isn’t enough, either. In a lot of ways, this lets professors off the hook on Election Day, but doesn’t have the same effect on students. Students will still have to worry about getting the work done, or watching a lecture, before the day is over. The same goes for making class attendance “optional.” I know for myself, especially as a younger student, I never saw optional classes as truly optional. I always wanted to attend anyway so that the instructor would take note of my dedication. I suspect a handful of other students feel the same sort of pressure.

I know to some instructors, 90 minutes seems insignificant. I know it’s hard to believe that canceling one class, or postponing one assignment, could be the difference between whether or not a student chooses to vote — and in some cases, this might be true. But it’s not really anybody’s place — or business — to decide what some else’s voting barriers might look like.

There are already so many barriers in the 2020 election. Pitt instructors, please don’t make a discussion board post and a lecture another one.

Leah writes primarily about mental health and the spices of the world. Write to Leah at [email protected].