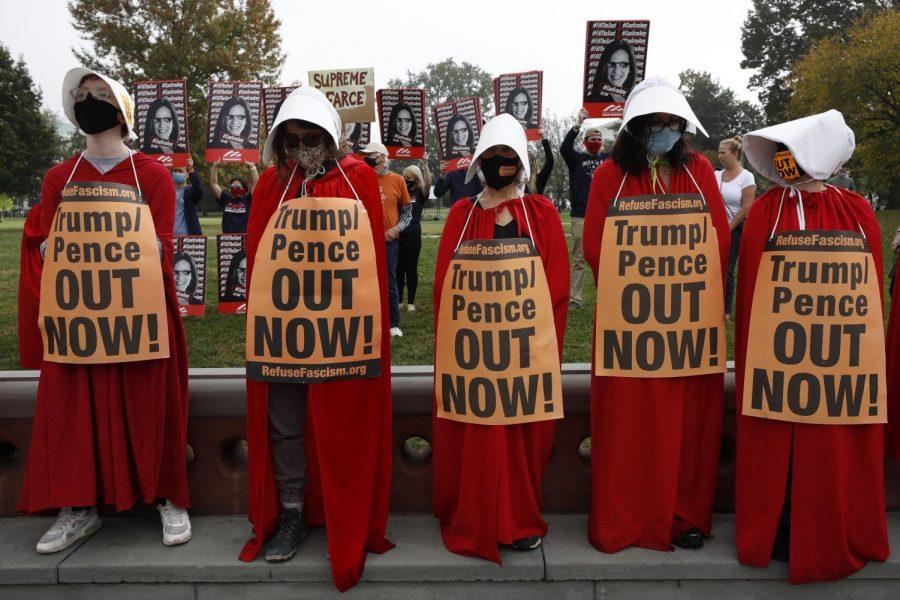 The Senate confirmed Justice Amy Coney Barrett to the Supreme Court on Monday, cementing a 6-3 conservative majority on the court, following months of outrage about her nomination.

Barrett’s confirmation to the Supreme Court is nothing more than President Donald Trump and the Republican party attempting to forcibly maintain power should they lose the White House in the upcoming Nov. 3 election. They weren’t playing fair throughout the confirmation process, and now it’s time for Democrats to start playing by the GOP’s rules.

Following this election, it’s vital that Democrats do everything in their power to overturn the conservative majority in order to preserve the rights of people of color, women and LGBTQ+ people — and if they have to pack the court to do so, then so be it.

One issue with Barrett’s nomination was hypocrisy. Notably, people cited Sen. Lindsey Graham, R-S.C., who in 2016 said he wouldn’t confirm a justice during an election year.

“I want you to use my words against me. If there’s a Republican president in 2016 and a vacancy occurs in the last year of the first term, you can say Lindsey Graham said let’s let the next president, whoever it might be, make that nomination,” Graham said.

Well, Graham got his wish — people absolutely used his words against him. He didn’t seem to care, though, as he went back on his word and orchestrated Barrett’s confirmation, despite the fact that she was nominated only a few months away from the general election.

It should be obvious to everyone that Trump rushed to put Barrett on the Supreme Court in order to ensure he has a conservative majority to support him if the election results don’t turn out in his favor — he’s said so himself.

“I think this will end up in the Supreme Court, and I think it’s very important that we have nine justices,” Trump said.

Trump has also admitted he won’t accept the election results at face value, claiming that he’ll “have to see.” And now that Barrett is officially sworn into the Supreme Court, Trump has everything he needs to contest or attempt to deny the legitimacy of the election results.

Perhaps most worryingly, the new conservative majority poses a serious threat to established court rulings such as Roe v. Wade, the case that provides foundational abortion protections, and Obergefell v. Hodges, the case that legalized same-sex marriage. Both of these cases provided fundamental civil rights to American citizens, yet there is a possibility these rights will be taken away if the Supreme Court overturns the rulings.

President Franklin D. Roosevelt wanted to pack the Supreme Court back in the 1930s to get his New Deal legislation through. Senate Democrats need to do it now to ensure that people of color, women and LGBTQ+ people do not lose their rights, because the conservative majority in the Supreme Court is a threat to accessible birth control, abortion and marriage rights.

The Democrats have to play by the GOP’s rules on this one — there is no longer a reason to take the moral high ground. Politics is a game that has to be played dirty sometimes.