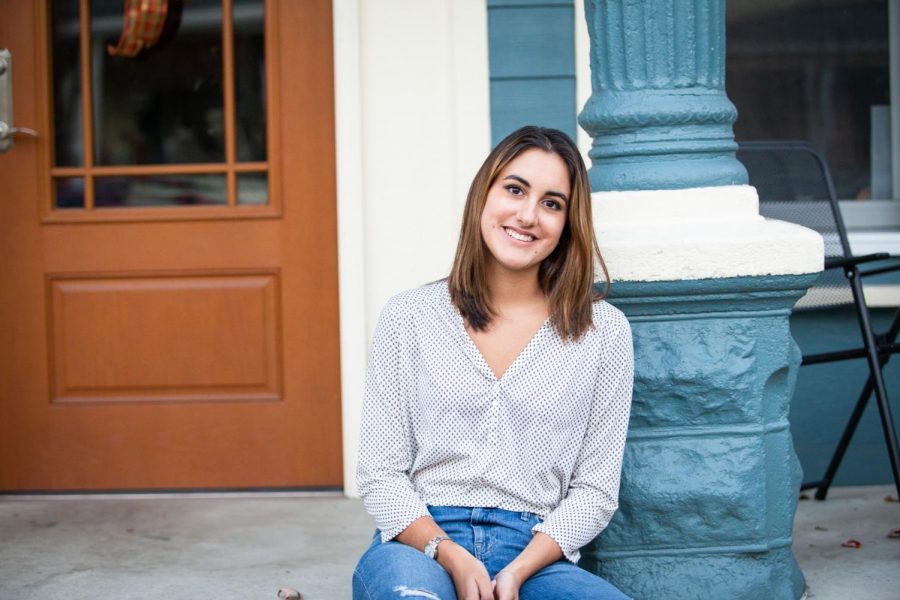 Priya Gupta voted for the first time this year but had to track down a missing ballot after it was lost in the mail on the way from New Jersey to Pittsburgh.

Priya Gupta has looked forward to voting in her first election for years, but she said this election season was less than “picture perfect” after she had to chase down a missing ballot.

“It’s frustrating and stressful, but mostly just disappointing,” Gupta, a first-year pre-emergency medicine major, said. “There’s so much buildup to turning 18 and finally being able to have your voice heard, but to feel like it’s such a struggle even as a fairly privileged individual to just get my basic ballot — it’s upsetting.”

Gupta is one of the 24 million Generation Z voters who will have the opportunity to vote on Election Day. Most members of Gen Z still aren’t old enough to vote, but they will represent one in 10 eligible voters in 2020. Some first-time voters at Pitt described their thought process leading up to the election and the issues that sway them the most.

Gupta said she was frustrated when her ballot got lost on the way to Pittsburgh, causing her to spend lots of time on the phone with her hometown election office in New Jersey. She said the election officials knew her by name because she had called so often.

“I put in a request in the third week of August, and I still haven’t gotten it,” Gupta said. “I’m chasing it down, too, it’s not like I’m just sitting and waiting.”

But Gupta said the trouble is worth it, because she sees her vote as bigger than herself. Gupta said she’s voting for her friends who feel endangered by President Donald Trump’s policies targeting LGBTQ+ people and other marginalized communities.

“Last election, I was paying attention, but I couldn’t do anything,” Gupta said. “It definitely feels empowering but frustrating with the choices and with how hard I feel like I’m fighting the system just to be able to vote.”

Corey Barsky, vice president of Pitt’s College Republicans, also expressed frustration in the mail-in ballot process for his first presidential election vote. Barsky — who got his ballot on Monday, eight days before the election — said while it was easy to request a ballot, he felt uncertain about whether it would get mailed to him.

“If mail-in voting is done right, it can be done right, but when it’s done wrong, it can lead to fraud or disenfranchisement,” Barsky, a senior neuroscience major, said. “I’m going to be let down if I can’t use my voice because of a simple logistical issue.”

Barsky said this election season is “intense” and “crazy” and that he wants to make sure he’s as educated as possible when he casts his ballot. He said this is more difficult for first-time voters.

“I want to make the most informed choice I can, and that research would take some time, whether it’s my first or my 10th time voting,” Barsky said. “But it definitely can be compounded by figuring things out for the first time.”

Barsky said he’s voting for Trump, but is considering crossing party lines in some down ballot races, such as his state representative.

“It’s mostly just a personal choice out of what I want from my elected officials,” Barsky said. “I think all voters — especially new ones — should consider why they are voting the way they are instead of blindly following something or someone.”

Not every first-time voter decided to use a mail-in ballot, though. Katie Nagy, a first-year political science and urban studies double major, said she decided to vote in person because she was worried about potential issues with mail-in ballots, such as it getting lost or rejected.

Nagy said she originally planned to vote at her polling location in Allegheny County, but after speaking with a Biden campaign organizer, she found out she could vote early Downtown at the Allegheny County Courthouse.

“The combination of the pandemic going on and the postal service running out of money is really what makes me and so many fearful,” Nagy said. “With the pandemic, so many people were planning to vote by mail, but then I wondered what if my vote doesn’t make it there on time, and as college students away from home that puts a lot of roadblocks up in our ability to vote.”

Voters are using mail-in ballots at high rates across the country because of the COVID-19 pandemic, but there are concerns about the United States Postal Service’s ability to handle the influx of mail, although it said it can handle the election volume. In Allegheny County, about 43% of the county had requests approved to vote by mail-in, absentee or overseas ballots this election.

Nagy said she is voting for Joe Biden for president, even though she doesn’t agree with all of his policies and voted for Bernie Sanders in the primary. She said she also researched down-ballot races, but ended up voting entirely for Democrats because she was scared about the country’s future under a Republican administration.

“For me, voting blue pretty much no matter what feels like the only safe option,” Nagy said. “I looked into it, but even if I wasn’t planning on voting Democratic, they are the candidates that most align with me.”

Some organizations on campus are working to energize all students on campus, including first-time voters. Pitt Votes provides training and resources to classes and student groups and collaborates with academic departments and athletic teams to encourage voter turnout, according to Student Affairs spokesperson Janine Fisher. She said Pitt values voting because it’s an important part of being an active citizen.

“Elected officials make important decisions that directly affect our lives now and in the future,” Fisher said. “Voting is our opportunity to choose decision-makers and express our wants, needs and desires.”

Students groups such as Students Demand Action are working to energize young voters as well. Taylor Shaw, Pitt’s president of SDA, said the organization has helped register 100,000 new voters nationally. She said initiatives like these are important because she thinks the right to vote is one of the most important components of a democracy, and SDA helps people access this right.

“When you cast your ballot, you’re vocalizing what you want to see manifested in the world,” Shaw, a junior political science and environmental studies major, said. “By not voting, you’re restricting what you want your future to be.”

Shaw added that students should vote because young people have a responsibility to use their voices to influence the government.

“I believe it’s our civil duty to exercise our right to vote, to vote for the change we want to see,” Shaw said. “The right to vote should never be taken for granted, and as young people, we’re in a pivotal moment to affect the outcome.”

Gupta said while she was disheartened by her ballot issues, she is encouraged that her vote — and young people nationally — could impact the future of the country.

“It’s important to not just vote for yourself, but to vote for others who are less privileged,” Gupta said. “It’s easy to do, and I know what I am doing matters.”