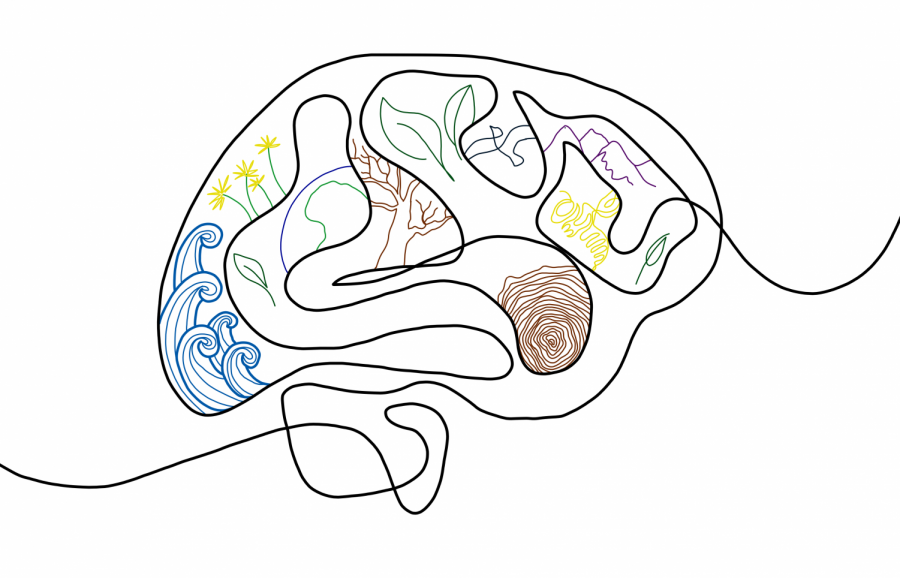 I remember sitting in my fifth-grade science class, reading a book about global warming under the desk so my teacher wouldn’t see. It was too depressing of a topic to teach to little kids. And yet, we grew up in a world that reflected almost nothing but that depressing reality about which we were never taught. In some places, climate change is already showing its catastrophic effects. The average global sea level has already risen between 4 and 8 inches, and fires this year have burned more than 600,000 acres in 14 states in the West.

We almost lost sight of the direction our planet was heading until the mid-1990s and early 2010s when Gen Z was born. We are more depressed, stressed and anxious than any other generation before us. Looking at the world today, that really doesn’t seem surprising. Every generation has its defining world events and characteristics, and aside from COVID-19, Gen Z’s is climate change. In a 2019 Washington Post-Kaiser Family Foundation poll of American teenagers, 57% said that climate change made them feel scared and 52% said it made them feel angry — both higher rates than among adults.

Gen Z is aware of our planet’s dire situation now more than ever. We have all the information in the world at our fingertips, and information about climate change is often presented in a way that can lead to eco-anxiety. The Al Gore method of climate alarm — scaring people with images of starving polar bears and melting ice caps — is no longer effective. We know what the climate crisis is and we know the urgency. We do not need headlines reminiscent of the upcoming apocalypse – we need science and ways to fix it.

We, as a generation, are suffering both mentally and physically from the climate crisis. Climate change is and will be directly affecting Gen Z more than it has ever affected the rest of humanity before. Gen Z can be key in helping reverse the effects of climate change, by redirecting negative doomsday energy and anger toward activism.

Our young age and eco-anxiety may just be the things that push our generation to be the ones to finally enact change. Reinterpreted past research shows that youthful and aging brains are just as different as we knew them to be, but not in the ways we might have thought. The adolescent brain allows for more flexible thinking, thinking across multiple dimensions and imagining innovative policies to adapt to future contingencies, while older brains are better suited to resolving practicalities. Older brains fixate on short-range benefits and negatives, while younger brains are more likely to focus on the long-term effects of their decisions.

Our eco-anxiety is the key to saving our environment. Author Clementine Morrigan has proposed that embracing how ecological distress affects human nervous systems is “important political work.” By doing the emotional work and activism together, we may be able to channel our energy into a stronger and more productive movement. After all, it’s hard to make something change when everything feels fine.

Eco-anxiety, solastalgia, pre-traumatic stress, psychoterratic illness and ecological grief are among the many new terms that are not yet recognized in the Diagnostic and Statistical Manual of Mental Disorders. Psychologists are using these terms within the field of ecopsychology to address ecology-related mental illness — the American Psychiatric Association described eco-anxiety in 2017 as “a chronic fear of environmental doom.” These intersections between climate change and our psychological well-being can lead to extreme mental health issues, from massive depressive episodes, burnouts and guilt, to the point of people starving themselves to refrain from participating in the consumerist culture that fuels climate change.

Gen Z’s eco-anxiety seems to stem from many things. First and foremost, previous generations thrust this situation upon us, and we are now left to clean up the mess. Gen Z is also perhaps the most empathetic generation ever, considering their own impact on the next generations and having an understanding of intersectionality between issues. Environmental studies students are reframing the field from something that used to be more about escaping humanity to emphasizing that humanity is the key to saving the environment. Feelings that can also drive the youth climate movement fuel this eco-anxiety.

Gen Z is the most affected by the climate crisis, so it makes sense that Gen Z will lead the movement for action. Greta Thunberg is a 17-year-old Swedish environmental activist, and she is the face of the youth-led environmental movement. Thunberg, Time Magazine’s 2019 Person of the Year, inspired the biggest ever climate strike in the world last year, drawing some 4 million marchers on all seven continents to demand environmental action. Despite being one of the most influential youths of our time, she still faces large amounts of criticism from older generations, accusing her of being ingenuine, commenting on her autism to delegitimize her statements or saying that she, and the rest of the youth-led climate movement, are too young to know what they’re talking about. Too young, I would argue, to have to experience the consequences of neglecting the health of our environment.

We don’t know when the world will end, but it’s looking like it might be much sooner than we thought. At this point, we’re pretty certain how it will end — at the hands of human beings. After decades and generations of destruction and inaction, Gen Z is suffering from a climate crisis that we did not cause. We are terrified of our future, and because of that, we are the generation that has a real chance at finally acknowledging and working toward solving our planet’s climate crisis.