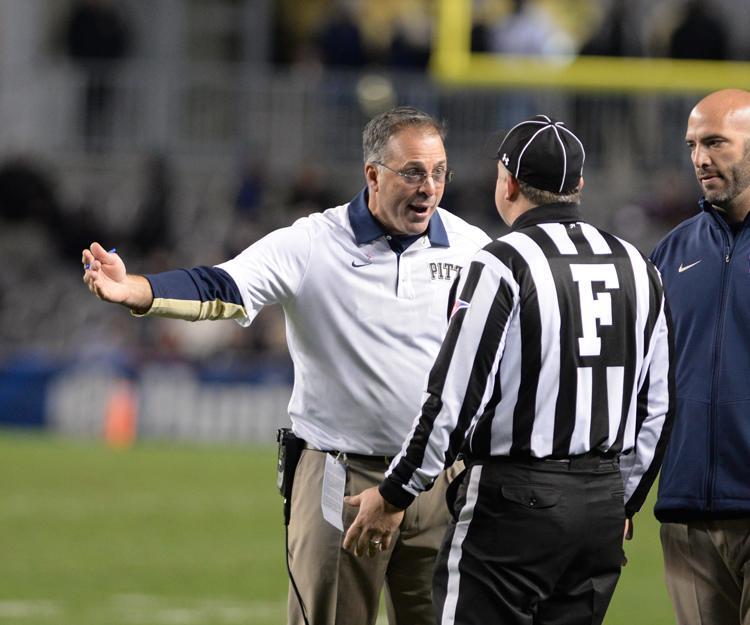 Referees make an impact on every game played.

Sports fans swear that biased referees make an impact on every game played, from the lowliest high school football game to the bright stage of the NBA Finals. With a few notable exceptions, like Tim Donaghy’s point shaving scheme or the 2002 Western Conference Finals between the Sacramento Kings and Los Angeles Lakers, almost all claims of direct tampering are unfounded.

Sports and fandom require intense passion, and people take it personally when things don’t go their way — that “us versus them” mentality is what makes competition so addictive. Fans pay to see the players win or lose a game, not to see an official’s mistake decide it. But too many times, like the notorious missed pass interference penalty in the 2018 NFC Championship game, refereeing mistakes ruin the outcomes of quality games.

In all fairness, it’s impossible for every spectator to come away pleased with the officials. Even when their team wins, fans will always find a call to complain about. Hate for referees is so frequent, it might as well be in the job description. That being said, it’s still the job of the sports leagues themselves to ensure that referee bias doesn’t have undue impact on the result of games.

Professional sports have done a fantastic job of this, having officiating experts handle coaches’ challenges and other video reviews at the league offices. The NHL and NBA go above and beyond, reviewing every scoring play independently just in case.

The NCAA lags far behind its pro counterparts. Instead of handling video replays or hiring referees as a league, it delegates that responsibility to each conference. This wouldn’t be a problem in a vacuum. But with dozens of conferences across Division I sports all competing against each other — sometimes frequently, in other cases with decades between matchups — and with their own complex internal economies and power structures, this system presents problems.

Conference referees call intraconference games, but two teams playing an out-of-conference matchup decide who will supply the officials by agreeing on a contract before the game — in most cases, the onus lies on the road team to supply the referees.

With officials in the pocket of their respective conferences, it makes it that much easier for bias to rear its ugly head. Better performing teams means more revenue for the conference through nationally televised matchups and tournament berths, and everyone benefits if a conference is in excellent financial standing. In the ACC, for instance, football television revenue is currently shared evenly between teams, and the referees’ pay scale is certainly impacted too. At the very least, they’re less likely to get laid off if the conference is financially stable and the market is growing — the trickle down economics of college sports, if you will.

If the different conferences compete for more time in the limelight, like college football’s tug of war between the powerhouses of the Big Ten and SEC, referees with a conference allegiance make no sense. The conferences aren’t static — teams join, leave, and move around frequently. Schools that have played in a conference longer tend to have a higher pedigree, like Duke and UNC’s historic basketball programs do in the ACC. Any bias, accidental or intentional, can impact the outcome of games, which is why the NCAA should do everything in their power to limit it. By allowing conferences to contract their own referees, the league hurts its own legitimacy and the quality of the product on-field.

The NCAA makes sure that referees who have no ties to either team’s conference officiate the College Football Playoff games — PAC-12 refs called last year’s title game, between the SEC’s LSU and the ACC’s Clemson — but even that’s an imperfect solution. The Ohio State vs. Clemson semifinal game, which had several egregious calls go in the Tigers’ favor, was called by SEC officials, bringing their rivalry with the Big Ten to mind.

If the NCAA thinks that unbiased referees — or those with minimal bias — are critical at the highest level of the sport, why doesn’t the same hold true for regular season games? The league generated more than 1.1 billion dollars in revenue in 2019 alone off the backs of their players — players they don’t even pay to put their bodies and futures on the line. It’s not like college sports can’t afford it. Most NCAA referees themselves even think that the NCAA shouldn’t tie their jobs to certain conferences. If it’s coming from the horse’s mouth, then change is needed.

Third-party referees would greatly reduce the chance for bias in games, create a better on-field product and shift the public image of a league that needs it. It would show to its fans that the NCAA has committed to more than protecting its bottom line — it’d show that they care about the quality of the sport as much as making a profit.

Having out-of-conference officials for playoff games is a step in the right direction, but they’ve got a mile to go before removing all bias from NCAA games to call them in a fair and sensible manner. The NCAA must drastically transform its current officiating system, replacing conference-affiliated referee assignments with one unified, neutral referee pool from which to pick.