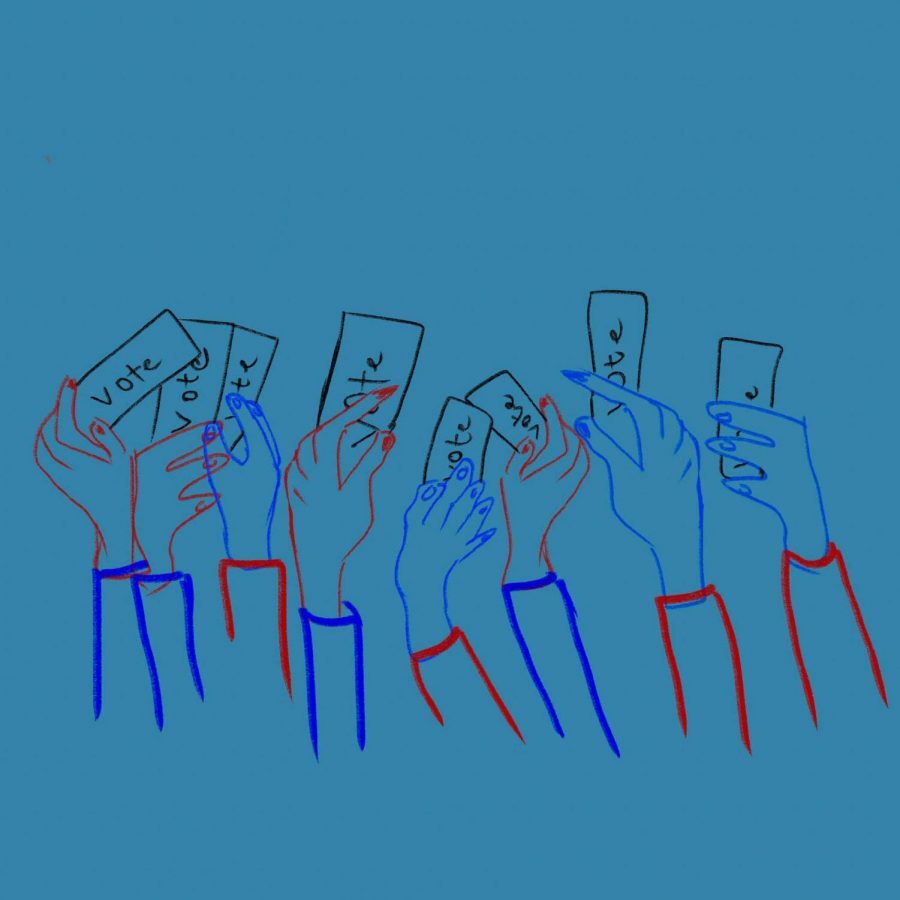 As the streets of America erupted this summer with calls for justice, Pitt Athletics searched for ways to make a difference.

Driven by the looming Nov. 3 presidential election, the athletics department realized it could make an impact by increasing voter participation among athletes. As a result, Pitt launched the Voting Matters campaign in an effort to register every single Pitt athlete to vote.

Voting Matters teaches athletes on all 19 varsity teams about civic engagement. Fumi Kimura, the associate athletic director for culture, diversity and engagement, said the students learned, amongst other information, how the Electoral College works and the important role that swing states play in elections. The campaign encouraged students to register and vote, with a goal of having every single athlete registered by mid-September.

Kimura said Pitt provided resources to stress the value of athletes’ votes and make the process of voting seem “relatable.” She said Pitt sought to both inform athletes on voting and get them to register to vote.

“We thought about how we could be involved in making sure our student-athletes and staff are registered to vote,” Kimura said. “Then we provided education around voting, not necessarily on a specific candidate, but just education on voting and what that means.”

Pitt created the program in collaboration with Student Affairs as part of a broader, University-wide initiative to increase voter turnout. Groups such as Pitt Votes, as well as Student Government Board and its community and governmental relations committee, have also made efforts to ensure students are informed about how to vote in the upcoming election.

“This effort started in August, and they used Pitt TurboVote and a representative from that organization to set teams up, through Zoom, and to walk them through the process,” Kimura said. “I think the step-by-step process was explained, and some of the education of voting was also explained.”

We registered to vote! Did you?

“We saw a video that described the importance of voting and absentee ballots,” Veltri, a senior, said. “Also, the leaders on each team really pushed everyone to get registered until we had all done it.”

The campaign achieved one of its primary goals quickly — all eligible players on every varsity team have registered to vote for the upcoming election. Pitt student athletes completed the tasks assigned by the campaign within a month and a half.

“We did have 100% of our teams registered to vote,” Kimura said. “That’s actually something the ACC is doing now, some schools have done it already and some schools are on their way in that effort, so it’s really exciting that Pitt got it done early.”

Whole team is registered to vote! Proud of my support staff for helping to make this happen. Proud of my guys for WANTING to do this! As we have taught from day one, you are more than an athlete. Basketball is what we love, and what we love to do. But it is not WHO WE ARE!#H2P pic.twitter.com/QaOwD2fdJQ

Such a statistic is impressive considering college students are notorious for low voter participation rates, with only 48.3% having cast a ballot in 2016.

Beside learning how to vote, Kimura said the Voting Matters campaign taught athletes how their vote could affect their daily lives. It placed a special emphasis on local elections, which decide many of the policies influencing citizens’ daily lives.

“There was information all of us learned,” Kimura said. “Something that really hit home for me is that if you want to really see policies that affect you personally changed, that’s where voting comes in. And it’s not necessarily the presidential primaries, it’s the local level.”

Veltri said many of her teammates took inspiration from the campaign, despite the struggles of finding time for civic engagement in a hectic schedule.

“I think a lot of us didn’t really realize this is an opportunity to have our voices heard, and to actually express our opinions,” Veltri said. “I think the education part of them really telling us how we can make an impact made a difference. Now we can get the mail-in ballots even when we’re travelling, so it’s just easier.”

Pitt kept the initiative strictly nonpartisan. While they informed athletes how and why they should vote, Student Affairs spokesperson Janine Fisher said the program didn’t try to influence the athletes’ voting choice.

“Pitt Votes does not support or oppose candidates for public office,” Fisher said. “Nor does Pitt Votes take a stand for or against any political party.”

As the leadup to the 2020 election enters its final days, Voting Matters’ impact will be seen if the athletes come out to vote on Election Day. Pitt said it hopes to free up athletes schedules’ on Nov. 3, giving them plenty of time to submit their votes.

“The lowest voter turnout is among young people,” Kimura said. “Why would you want an 80-year-old determining policies that are going to affect you for the next four years?”