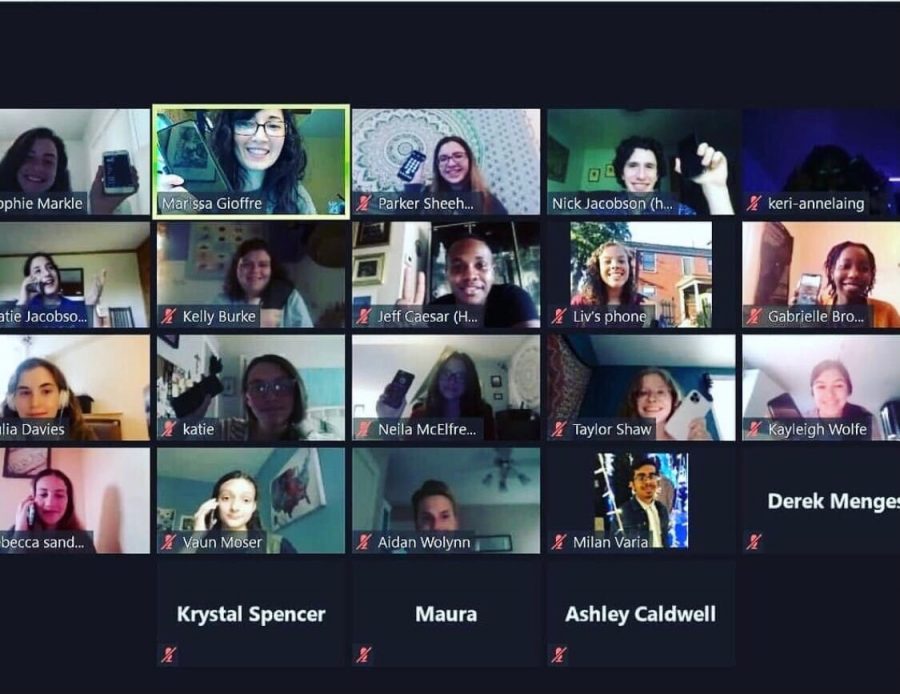 Political clubs have adapted their campaigning methods prior to the Nov. 3 election and are now doing the majority of phone banking online.

By Punya Bhasin, For The Pitt News

More than just classes have moved online this semester — political advocacy has, as well.

Multiple student organizations are coming up with new ways to politically engage their peers while America faces a global pandemic at the same time as the upcoming Nov. 3 presidential election. Political clubs, such as College Republicans and College Democrats, have adapted their campaigning methods prior to the election and are now doing the majority of phonebanking online.

Now, volunteers log into Zoom meetings instead of going to a designated location to phonebank in groups. They are given a list of phone numbers with specific voter groups each day, such as Republicans, Democrats and unregistered individuals whom they call to tell about their candidate and encourage them to vote.

Sophia Shapiro, a first-year political science major and co-president of Pitt for Biden, said virtual phonebanking has allowed even more people to participate, including older generations, as it provides more flexibility.

“Across the state, older Americans are working hard to get people to vote through phonebanking because it provides a flexible schedule for them, especially since they get to stay at home,” Shapiro said.

Shapiro said while it’s tough to tell how effective these new remote strategies are until after the election, these new ways of campaigning are likely to change the way students and volunteers campaign in future elections.

“Now there is a possibility that students in Pennsylvania can be campaigning for candidates in states across the country, like California, through Zoom,” Shapiro said. “It opens up an even wider range of opportunities for those who wish to be politically involved.”

College Republicans have been focusing their attention on phonebanking as well. Corey Barsky, the vice president of College Republicans, said the group seeks to interact with independent and non-affiliated voters to encourage them to vote, and provide insight about Republican candidates.

Barsky said phonebanking is an easy way to get involved with politics and can help clubs further their message.

“If you’re interested in politics and campaigning and you’re not getting involved in 2020, I don’t know when you would get involved,” Barsky, a senior neuroscience major, said. “The enthusiasm and participation levels among young people for political activism are up everywhere.”

Shapiro said Biden’s campaign has recently started doing literature drops around campus and the surrounding neighborhoods — placing pamphlets of information about the candidate — instead of in-person canvassing. This allows for a creative and no-contact way of getting the information across.

Other groups, like Students Demand Action, are furthering their message through phonebanking as well. SDA is an organization which seeks to empower and engage students to help enact gun violence legislation.

“I see a positive change in virtual engagement for activism,” Shaw, a junior environmental science and environmental studies major, said. “One of the silver linings in this pandemic is that we adapted so quickly. It showed us that we have the tools to adapt and as a result of the increased virtual engagement, I have been more active in voter registration and the election that I ever have in the past.”

Christian Resch, a junior political science major and president of College Democrats, said he has put a hold on in-person canvassing because he does not want to take the risk of spreading COVID-19.

“We don’t canvass in-person anymore because I don’t feel comfortable taking college students who are probably more likely to be exposed to COVID to neighborhoods where people of all ages and health situations live,” Resch said.

According to Resch, online canvassing and phonebanking can also help candidates get data on voters.

“Whether it is phonebanking or canvassing, at the end of the day you make the calls and interact with people to compile data about who’s voting, how many people are voting and what the main concerns are,” Resch said. “These analytics help those at the tops of the ticket determine how they want to campaign and what they should focus on.”

Resch said he feels remote methods of campaigning are not only safer, but can be just as effective as those in person.

“In this time period it is what we have to do to save our democracy,” Resch said. “A phonebanker could make the difference between a person voting or not, and that’s what holds the democratic process together.”

Shaw said she believes there is more momentum for political activism among young people now than there was two years ago and the engagement shown by young voters is promising.

“I think that people are starting to understand that this government is ours, this country is ours, and we have a voice, we have a vote and that our government needs to listen to us,” Shaw said.