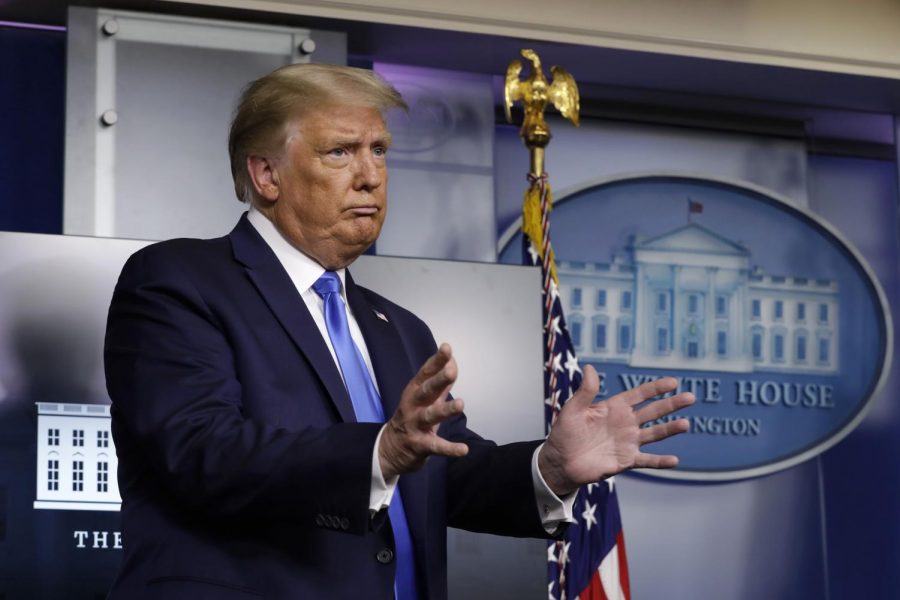 President Donald Trump during a news conference at the White House.

President Donald Trump said Sunday that he and his campaign would be “going in with our lawyers” to try to halt the count of ballots arriving after polls close on Election Day this Tuesday at 8 p.m. in Pennsylvania.

County boards of elections are legally permitted to count ballots postmarked on or by Tuesday, and received after Tuesday at 8 p.m. and before Friday at 5 p.m., under a Pennsylvania Supreme Court ruling from mid-September, citing documented delays with the United States Postal Service. The U.S. Supreme Court declined Oct. 19 to immediately take up a Republican-led lawsuit to strike down the state court ruling, still leaving the door open to post-election litigation.

The litigation would become part of an unprecedented wave of lawsuits filed by Republicans across the nation in recent weeks to restrict ballot box access in Trump’s hotly contested re-election. This is one of a series of anti-democratic moves from Trump. He would not commit to a peaceful transfer of power when asked by a reporter in September, saying, “well, we’ll have to see what happens.”

Pennsylvania, with its 20 electoral votes, is one of the most important swing states in the country. FiveThirtyEight’s presidential race forecast gives Trump an 84% chance of winning the presidency if he carries the state, and former vice president Joe Biden a 96% chance of winning if the state flips blue. With poll averages showing Biden leading Trump by about 5% in Pennsylvania, the race for the state’s electoral votes is likely to be tight.

Pa. Attorney General Josh Shapiro said on Twitter that he would “be happy to defeat [Trump] in court one more time” if the suit is brought.