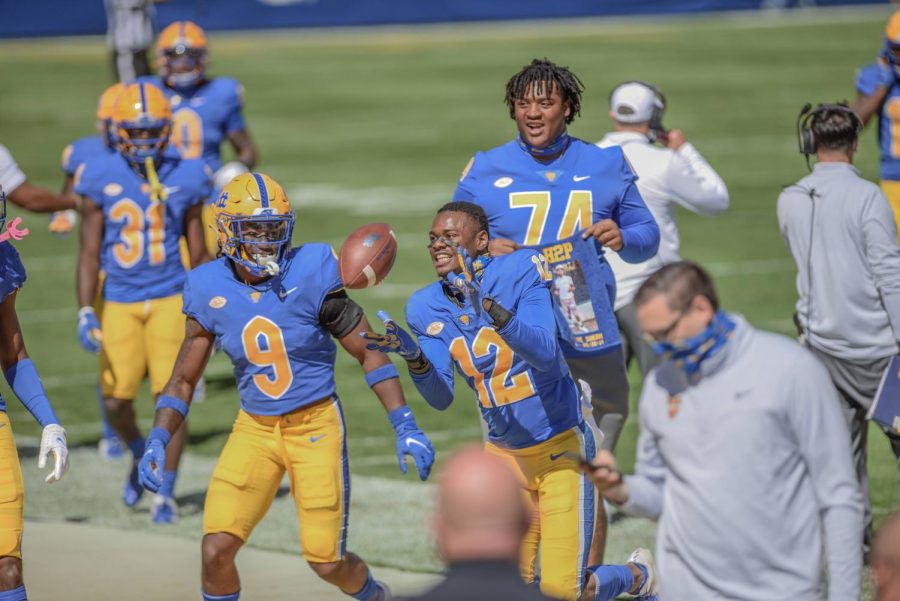 Paris Ford celebrates his interception during the third quarter against Syracuse.

Narduzzi said to his knowledge, neither the Panthers’ four game losing streak or concerns over COVID-19 risks factored into Ford’s decision to opt out. Ford has yet to provide any comment about his reasons for sitting the rest of the season.

He called Ford “a tremendous football player and tremendous person,” and added that opting out of this season was something Ford had time to consider long before the season began.

“Everybody’s got decisions to make,” Narduzzi said. “Paris has had these thoughts going back to February … and then there were all the opt-outs over the summer … They’re business decisions, family decisions that we respect … There are always conversations.”

After being named to the preseason All-ACC team, Ford — a Pittsburgh native — led the team in interceptions and was second on the team in total tackles.

He also brought an unmatched energy to the team from both the sideline and defensive backfield.

Redshirt first-year Brandon Hill, who Narduzzi called “a playmaker” is expected to fill Ford’s starting spot. Narduzzi also singled out redshirt sophomore Judson Tallandier as one of the players who could vie for playing time in Ford’s absence.

Pitt travels to Tallahassee, Fla. this weekend to play Florida State. Kick off is slated for 4 p.m. and will be broadcast on the ACC Network.