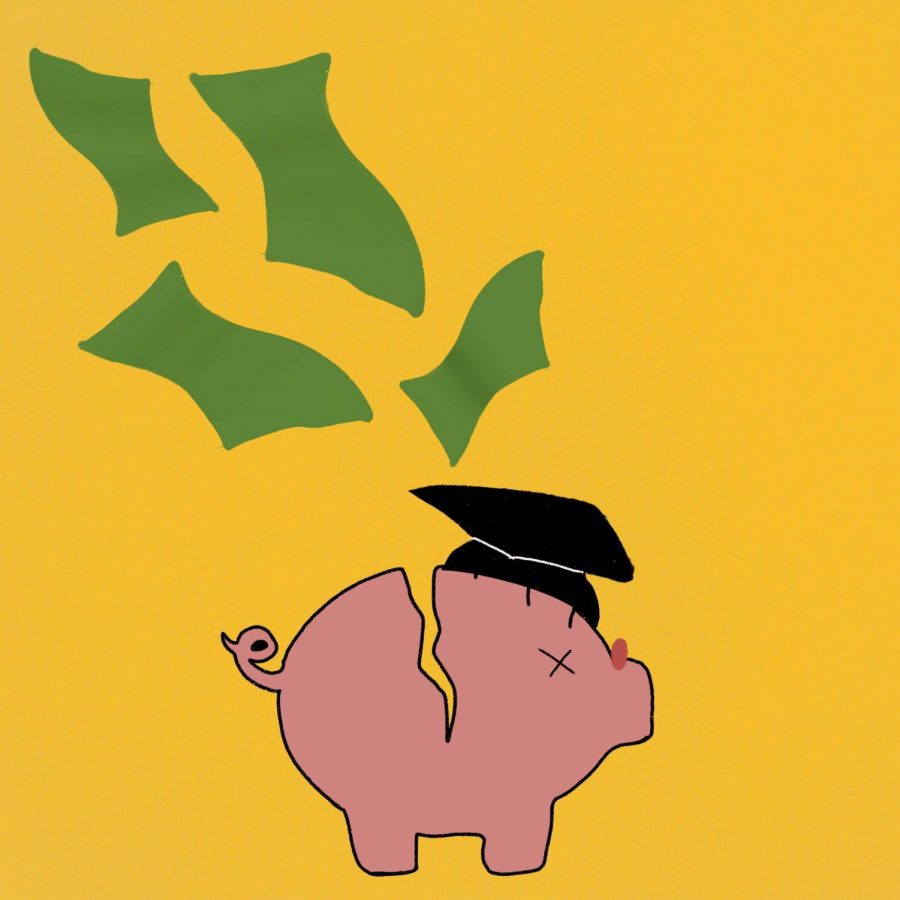 Whether it’s undergrad or graduate school, university application season is incredibly stressful. There’s the burden of testing, sending transcripts, and writing essays and personal statements. There’s also the burden of application fees which — for some students — can amount to hundreds, if not thousands of dollars.

An increasing amount of undergraduate programs have become test-optional over the past five years, though most still require standardized admissions tests. Some institutions have suspended standardized testing for the 2021-22 application cycle due to COVID-19, but there’s no indication that once the pandemic is over, the test requirements won’t resume. And these tests are expensive. The GRE, required for most graduate programs, cost $205 per test. The LSAT — required for law school admission — costs $200 per test, an  the MCAT — required for medical school — costs $320 per test. Some students take these admissions exams more than once. Both the SAT and the ACT cost just under $65 with the essay portion, which most undergraduate universities require for admission.

And even after the tests, there are remaining fees connected to the scores. Undergraduate students have to pay between $12 and $16 to send their standardized test scores to colleges. Most universities also charge a transcript fee for graduate students and transfer students, which is often no more than $10, but can add up quickly. Standardized test prices and processing fees are often out of university control, but these fees combined with the application fees could be way outside a student’s budget.

Many — though notably not all — universities offer a fee waiver for applications, but the process of obtaining one is a burden within itself. Most universities require students, or their families, to be receiving some sort of government assistance — whether it’s in the form of food stamps, subsidized public housing or the free and reduced lunch school program. Income-wise, a student in a family of four with a total income of about $50,000 or less would be eligible for a fee waiver.

This is problematic for many reasons, the most obvious being that a low-income student shouldn’t have to jump through hoops to be able to afford to apply to college. But also, a student in a family of four with a household income of over $50,000 a year still might not have $900 laying around to apply to graduate school. It’s also not a university’s place to judge accessibility based on factors like income and level of government assistance, when the student’s individual financial situation isn’t clear.

Some universities, like Pitt, waive undergraduate application fees for students who visit campus. Waiving fees for campus visits once again signals the classist ideology that, if students are interested in attending a school, they’ll schedule a visit to campus. This process assumes that all students have the resources — specifically the time and money — to visit campus in the first place. If universities are really concerned with filtering out applicants who aren’t seriously looking to attend the school, they’d be wise to just tack a few extra short essay questions onto the application. I know that would be more than enough to keep me from applying somewhere I wasn’t interested in attending.

Universities love to flaunt their commitment to equal opportunity and accessibility. The truth is, we’ve got a long way to go if we want to even the playing field between the upper-class, middle-class and working-class students. This includes better financial aid and scholarship opportunities, cheaper textbook options and ultimately finding ways to cut back on tuition prices. These are institutional problems that cannot be fixed overnight, but we’ve got to start somewhere. If universities really care about equal opportunity, the least they could do — the absolute bare minimum — would be to stop charging application fees.

Leah primarily writes about mental health and the spices of the world. Write to them at [email protected].