Opinion | Not just bad at math: 10 things to know about dyscalculia 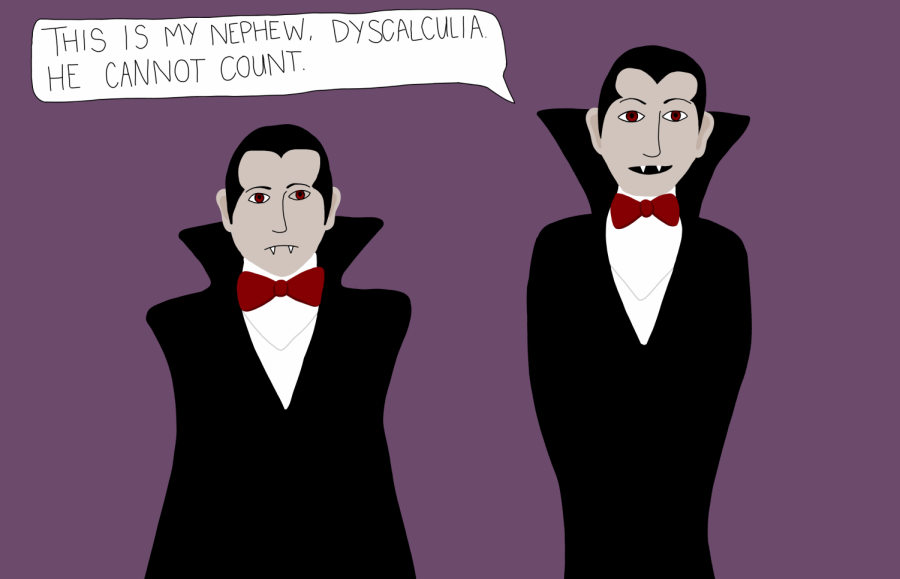 I nearly failed or did fail every math class I’ve ever taken. I can’t do simple mental math. I can’t keep numbers straight. I thought I was just bad at math and clumsy until I failed a math class in high school. I always had good grades in the rest of my classes, so this came as a shock. Despite what my teachers and peers said to me as a child, I’m not just “bad at math,” and I’m not too “right-brained.” I have dyscalculia — a lesser-known specific learning difficulty that affects an individual’s ability to perform basic math skills, making math classes for both children and even college students with the disorder nearly impossible.

10. Although many people call it “math dyslexia,” it is not the same as dyslexia, a disorder that impacts reading skills. Dyscalculia is a math learning disability that impairs an individual’s ability to learn math, logic and number-related problems. Dyscalculia is one of a family of specific learning difficulties and is often comorbid with attention deficit disorder and attention deficit hyperactivity disorder, dyslexia, dyspraxia developmental coordination disorder or dysgraphia. Specific learning difficulties affect the way information is learned and processed. They are neurological, usually run in families and occur independently of intelligence. They can have a significant impact on education and learning and on the acquisition of certain skills.

9. I literally cannot count. Not forward and much less backward. I like learning languages, and as of now, I should be able to count in three languages. I can’t count in any. I skip over numbers, forget where I am and easily forget numbers. I’m terrible with dates and times. I can’t do mental math. Calculating tips and change can’t happen for me without my trusty calculator. Counting errors, along with other colloquially called “careless mistakes” in calculation and misremembering dates and times are common in people with dyscalculia. We usually aren’t aware of the errors we make until someone else checks our work or reminds us that we have an appointment.

8. I can follow patterns and complete math work, but I forget how to do them just as fast as I learned them. Without detailed, step-by-step notes and a calculator, I’m pretty much screwed. Math tests that weren’t open-note were the bane of my academic existence. Scientifically speaking, I and many others with dyscalculia can operate from fleeting memory, but we lack a deep understanding of mathematical processes. I, for example, am able to understand concepts sometimes, but I am almost never able to apply a concept to a problem. Over the summer I had to take a statistics class for my major. I was terrified, as my last experience with a math class had been more than two years earlier and I had failed that class. Without the teacher allowing “cheat sheets” for the exams, I most likely wouldn’t have passed the course.

7. People with dyscalculia have more than just problems with math. I can’t read music well — even though I played violin for five years and I’ve been singing in choirs since 4th grade. Although there has not been much research done about the connection between dyscalculia and reading music — or about dyscalculia in general — it may have something to do with the correlation between mathematical reasoning and musical skill in the brain.

6. I have zero spatial awareness. There isn’t much research yet into what causes dyscalculia, but the consensus seems to be a deficit in spatial processing in the parietal lobe. Those raffle things where you guess how many M&M’s are in a jar? Yep, can’t do that. I don’t know how many yards that thing is away. Stop asking me. I can’t even picture what a yard is. I have a warped sense of spatial awareness and a weak understanding of shapes, distance and volume that’s more like guesswork than actually knowing how many M&M’s might be in that jar. Because of the issues with spatial awareness, specifically visuospatial awareness, I’m also clumsy. Ask my friends, I’m practically the master of falling both up and down stairs.

5. I talk to myself a lot. Especially when I’m doing a particularly challenging task. Hence why I study anywhere loud enough to mask it, like the ground floor of Hillman rather than the silent fourth floor. Reasoning out loud to keep ideas in mind is common with not just dyscalculia, but with all specific learning difficulties.

4. There is no single test for dyscalculia. Clinicians look for the disorder by reviewing grades and performance on standardized tests, asking about family history and learning more about how difficulties manifest in school, work and everyday life. They may also administer diagnostic assessments that test strengths and weaknesses in foundational mathematical skills.

3. Dyscalculia has not been thoroughly studied and is often missed in kids or is dismissed as not being good at math. It is one of the most underdiagnosed learning difficulties out there. Because of its low rates of diagnosis and low awareness, there aren’t very many resources for adults with the disorder. Many, like me, didn’t know they had it until much later on, despite most intervention being focused on children. To date, very few interventions have been developed specifically for individuals with dyscalculia.

2. Dyscalculia is thought to be present in 5% to 7% of the general population, but estimates by country and sample vary somewhat. Many studies have found prevalence rates by gender to be equivalent.

1. College students particularly may have a tougher time dealing with their dyscalculia due to the fast pace and change in difficulty of the work. As a result, students may develop a lot of anxiety and frustration and can start to hate math and try to avoid it as much as possible, resulting in lower grades in math courses. However, students with dyscalculia often do very well in writing, reading and speaking. Students may try to succeed through determination and persistence because of their inability to do math. They may try to keep a positive attitude, even with the frustration and anxiety, because they want to meet their goal in life. The problem, when it comes to college, is that professors cannot grade entirely on a student’s persistence, determination and efforts — they have to grade based on the numbers.