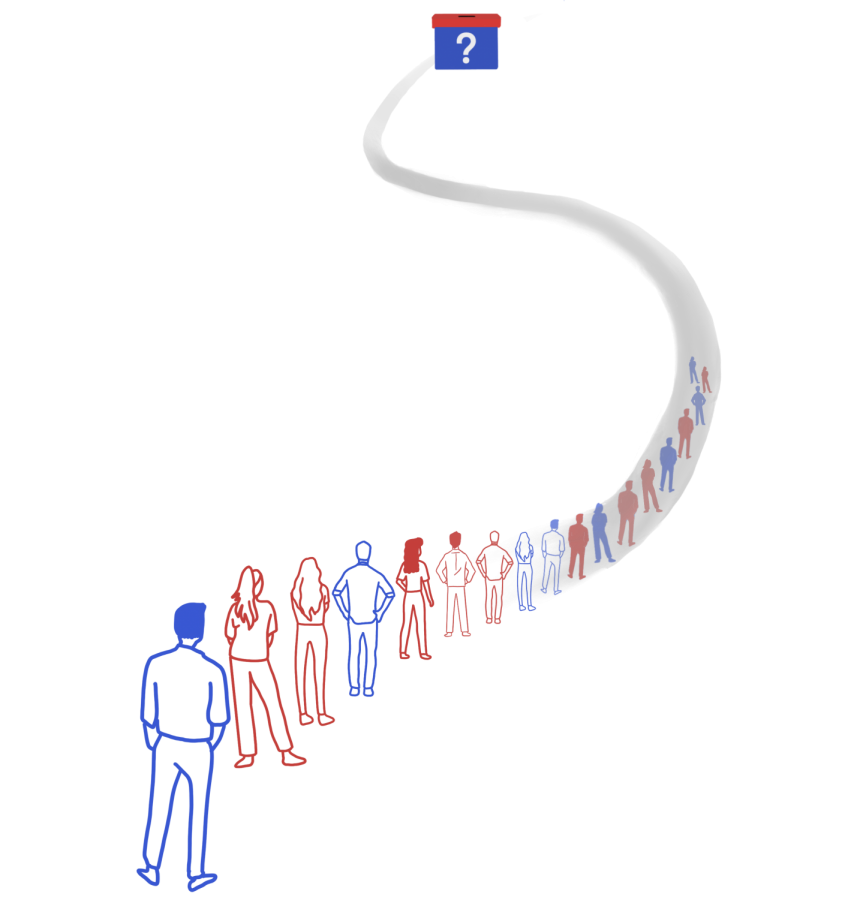 The 2020 presidential election remains too close to call as of early Wednesday morning.

The 2020 presidential election remains too close to call as of early Wednesday morning, with the nail-biter election hinging on the outcome of several midwest swing states, including Pennsylvania, which are still counting ballots in the high-turnout contest.

President Donald Trump won Ohio, Iowa and Florida while Former Vice President Joe Biden was able to secure Minnesota and New Hampshire. However, races were too early to call in North Carolina, Georgia and Pennsylvania — all major battleground states.

With 64% of the expected vote in, according to the Associated Press as of 12:47 a.m., Trump leads Biden 57.04% to 41.78%, or 682,543 votes. Trump won the state in 2016 by about 44,000 votes. The bulk of the remaining votes to be counted are mail-in ballots, which take more time to process. Pennsylvania law blocks county election officials from beginning to count ballots until 7 a.m. on Election Day, unlike other states where the count can begin ahead of Election Day.

According to political analysts, Pennsylvania, specifically western counties such as Westmoreland and Allegheny, could be the key to Trump or Biden winning the election. Pennsylvania holds 20 electoral votes, which could decide the race.

Trump has repeatedly challenged the counting of votes after Election Day. County boards of elections are legally permitted to count ballots postmarked on or by Tuesday, and received after Tuesday at 8 p.m. and before Friday at 5 p.m., under a Pennsylvania Supreme Court ruling from mid-September, citing documented delays with the United States Postal Service.

Biden spoke from his campaign headquarters in Wilmington, Delaware, shortly before 1 a.m. on Wednesday morning. He said it’s not his place or Trump’s place to call the election.

“We believe we’re on track to win this election. We feel good about where we are,” Biden said. “We knew because of the unprecedented early vote and mail-in vote, it was gonna take a while. It ain’t over till every vote is counted.”

Trump said in a tweet — without evidence, since many states are still counting ballots — shortly before 1 a.m. that his campaign is “up BIG, but they are trying to STEAL the Election.”

Pennsylvania, with its 20 electoral votes, is one of the most important swing states in the country. FiveThirtyEight’s presidential race forecast gives Trump an 84% chance of winning the presidency if he carries the state, and Biden a 96% chance of winning if the state flips blue. With poll averages showing Biden leading Trump by about 5% in Pennsylvania, the race for the state’s electoral votes is likely to be tight.

Biden made a final campaign push Monday afternoon in Pennsylvania, making multiple appearances across the state. His wife, Jill, made a stop in the North Hills to meet with suburban women. Biden and pop singer Lady Gaga stopped by Schenley Plaza before speaking at an event with Black community members in Homewood. Finally, Biden and Gaga held a rally at Heinz Field Monday night — the final event of his campaign before Election Day.

Trump also visited Pennsylvania on the last day before the election, holding a rally on the eastern side of the state in Scranton. Trump won Pennsylvania in 2016, despite Obama winning the state in 2008 and 2012.