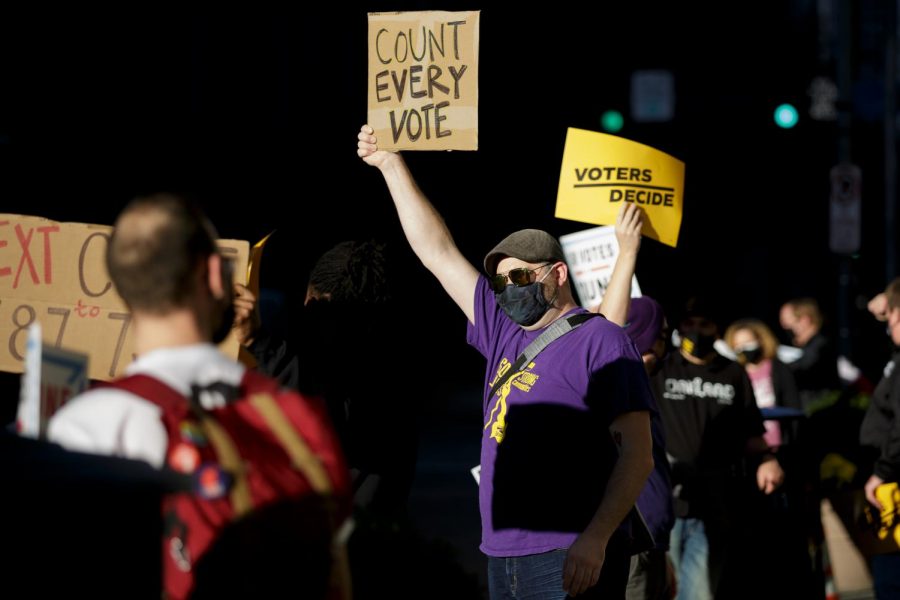 Two rallies were held downtown outside the City County Building Wednesday. The first protest at 4:00 p.m. was hosted by the Pittsburgh United group along with partners such as Service Employees International Union and Bend the Arc. The second rally called “Don’t Let Trump Steal the Election” was held in the same location at 5:30 p.m. and was hosted by Socialist Alternative Pittsburgh, and nine other leftist groups such as the CMU Labor coalition and the Green Party of Allegheny County. Both had similar calls to not call election results before all ballots are counted.