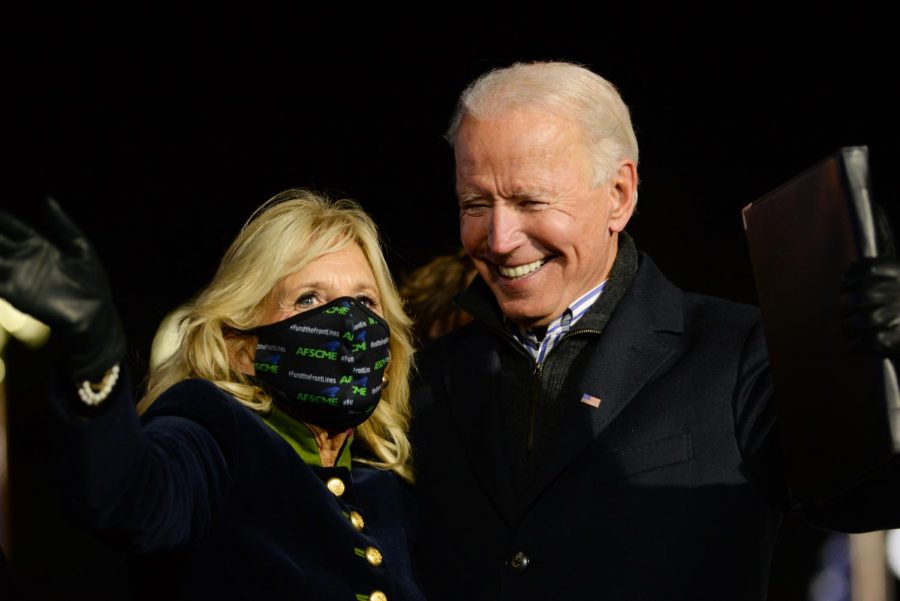 Biden, a Democrat and vice president under President Barack Obama, won by rebuilding the electoral “blue wall” of Pennsylvania, Michigan and Wisconsin, as well as building support in the southwestern states of Arizona and Nevada, to ultimately put him over the top. Biden and Trump presented vastly different views of the nation, from how to handle the COVID-19 pandemic to confronting systemic racial inequality, among other critical issues.

The race call comes after several days of the nation being on edge due to results from many states either being unclear or too close to call since polls closed Tuesday night. Record numbers of Americans voted using mail-in ballots, which take longer to count than in-person votes. Pennsylvania was one of these states, where more than 2.6 million people voted by mail, likely due to the ongoing pandemic. The secretary of state’s website said about 97% of mail-in ballots have been counted as of Saturday morning at 11:36 a.m., with 76,498 left to go.

Arizona, Georgia, North Carolina and Nevada remain too close to call as the count continues in each state.

Biden said he is “honored” and “humbled” that Americans elected him and Kamala Harris, and that it’s time to come together as a nation after the election.

“With the campaign over, it’s time to put the anger and the harsh rhetoric behind us and come together as a nation,” Biden said. “It’s time for America to unite. And to heal. We are the United States of America. And there’s nothing we can’t do, if we do it together.”

Trump’s reelection campaign has filed a number of lawsuits around the country demanding that votes stop being counted and raising concerns about some ballots due to technicalities. In Pennsylvania, the campaign has asked the Supreme Court to allow it to join a lawsuit pending before the court that challenges the constitutionality of the state’s extended mail-in ballot deadline. Pennsylvania’s Supreme Court ruled in mid-September that due to documented delays with the United States Postal Service, county boards of elections could be legally permitted to count ballots postmarked on or by Election Day on Tuesday and received after Tuesday at 8 p.m. and before Friday at 5 p.m.