Panther football breaks through with smashing of Seminoles 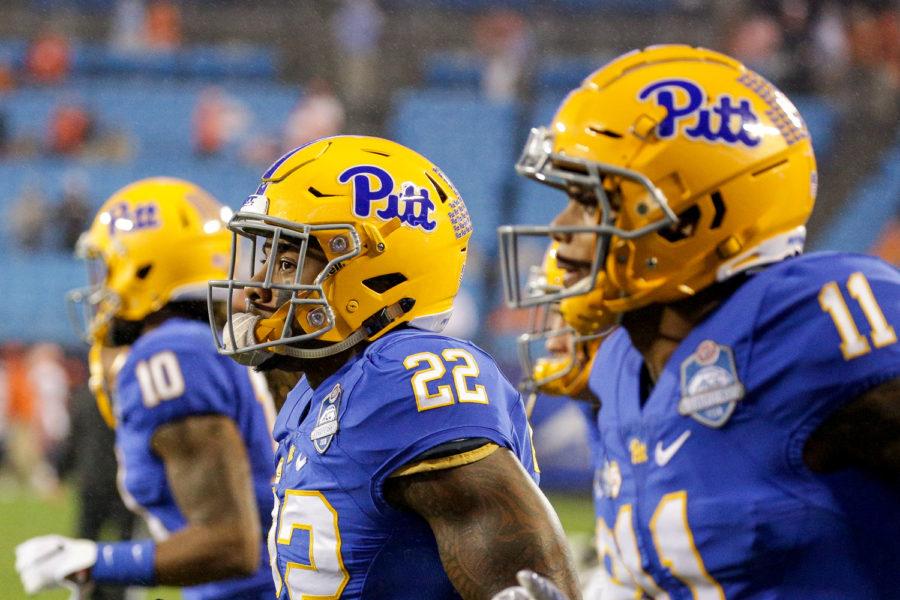 The Panthers obtained a 41-17 win over the Florida State Seminoles in Tallahassee, Florida, on Saturday.

With the winless month of October finally in the rearview mirror, Pitt football returned to its winning ways in a resounding 41-17 win this Saturday over Florida State.

Although it is hardly reflected in the score, the Panthers got off to an ominous start. After two successful Seminole drives, Pitt found itself down early — an all-too-common refrain this season.

Fortunately, the Panthers at last rediscovered what made them so dominant in this season’s first three games. Strong defense, efficient passing from senior quarterback Kenny Pickett and turnovers ultimately lifted Pitt out of its four-game losing streak.

Head coach Pat Narduzzi said after the game that he was heartened by the team’s resilience.

“It just tells you our kids believe in what we’re doing, how we’re doing it and, you know, we really talked a lot about the details,” Narduzzi said. “Take care of the little things and the big things that take care of themselves. We preach that and our kids did a lot of the great details today. They really played together as a football team, and it tells you we have a character football team.”

Perhaps the most promising part of Pitt’s win was the return of Pickett. Pitt’s starting quarterback was sidelined the last two games after an ankle injury against Boston College, and he was missed dearly during his absence.

Having gone without for two games, it has become crystal clear that Pitt needs Pickett in order to be competitive. Redshirt freshman Joey Yellen was unable to fill his shoes against Miami and Notre Dame, and the offense just looks generally out of sync without its veteran quarterback.

But Pickett was back against Florida State, and the offense exploded in a way not seen since a 55-0 blowout of Austin Peay in the season opener.

In fact, Pitt avoided almost all of the issues it has struggled with this season on offense. The Panthers managed to establish a balanced run game, were efficient scoring in the red zone and did not turn the ball over.

Most important among those details is the red zone offense — Pitt has repeatedly failed to punch the ball in from the red zone this season, and it has cost the Panthers games. Pitt ranks 52nd in the nation in red zone scoring, yet Saturday it scored on all five trips.

As for the offensive line, it finally had a good game. Perhaps it was the return of Pickett, or perhaps the Seminoles defense was as lousy as advertised, but the linemen managed to create a solid push off the line of scrimmage and provided adequate coverage for their quarterback.

On the defensive side of the ball, the Panthers took care of business as usual. Despite the loss of junior cornerback Paris Ford and senior defensive back Jason Pinnock, Pitt’s depth showed out by suffocating a rotation of hapless Florida State quarterbacks.

In total, the defense combined for seven sacks and three interceptions, effectively cutting the Seminoles off from any chance of winning. The second half was particularly rough for Florida State, with the Panthers preventing even a field goal from making it through.

First-year Brandon Hill — who was making his first career start for the since-departed Ford — explained how Pitt’s depth plays a critical role in the defensive secondary.
“I feel like everybody in that room, in that DB room, was very talented,” Hill said. “When everybody got the opportunity to come, it was time to step up. A great group of guys in that DB room and we felt like we played good together. I feel like we’re a close group. I feel like we’re very close together. The communication was there.”

All things considered, Pitt’s Saturday performance was as frustrating as it is relieving. On the one hand, Pitt showed serious grit and determination, fighting back from an early deficit while in the midst of a four-game losing streak.

But at the same time, the Panthers proved themselves capable of avoiding the errors that cost them games against NC State and Boston College. When the team finally punched it in from the red zone, ran the ball effectively and remained solid on defense, the Panthers won handily.

Conclusions can be drawn from Pitt’s win, but they are painfully obvious ones. If the Panthers continue to play the way they did Saturday, they will continue to win football games. Otherwise it will continue to be a long, painful limp to the finish.