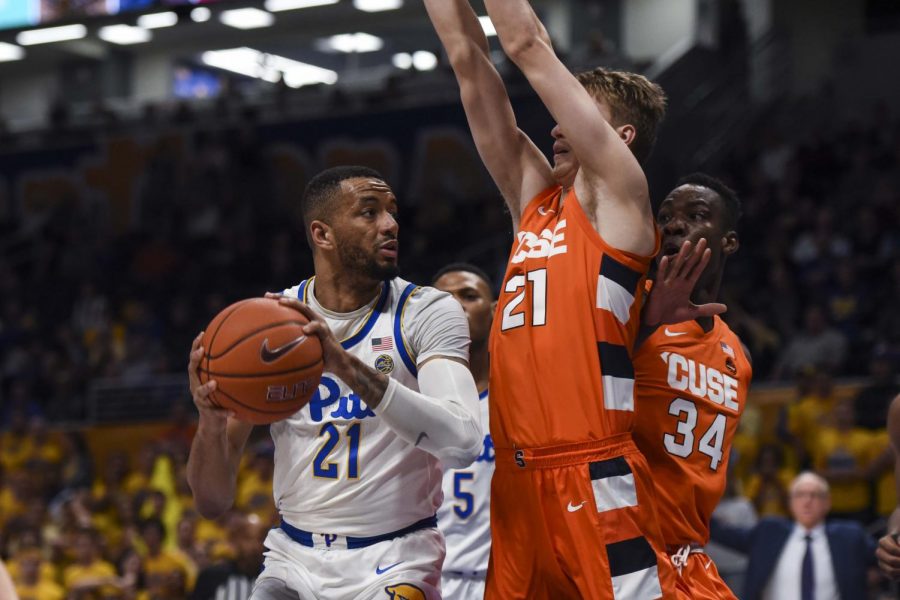 The ACC released a full conference schedule Tuesday morning with 20 games for each basketball-playing member school.

Pitt men’s basketball has been practicing for well over a month, but without a full schedule. But on Tuesday morning, the ACC released a full conference schedule with 20 games for each basketball-playing member school.

The Panthers will play a home-and-home series with Louisville, Duke, NC State, Wake Forest and Syracuse. Home contests against Notre Dame, Florida State, Virginia Tech and North Carolina plus road trips to Miami, Clemson, Georgia Tech, Boston College and Virginia round out the remainder of the regular season.

The ACC also still plans on holding the end-of-season championship tournament from March 9-13 at the Capital One Center in Washington, D.C.

Pitt will add these games to a schedule that had previously consisted only of a road game at Northwestern on Dec. 9 — as part of the Big Ten/ACC Challenge — ahead of a home tuneup against Gardner Webb on Dec. 12. Then the ACC slate opens on Dec. 16 when the Panthers visit the Hurricanes.

And it doesn’t get easier after head coach Jeff Capel’s team makes the trek down South. Over the month following the Miami game, Pitt faces Louisville, Notre Dame and Florida State at home, with a journey to vaunted Cameron Indoor Stadium for a date with Duke tucked in between.

Besides a brutal stretch at the beginning of the season, the Panthers will have to play five of their final eight games on the road, where last year’s team struggled mightily. The team was 2-9 in true road games last year.

Conference rules allow for each team to play 25 total games — 27 if they participate in a multi-team event. The Panthers had a multi-team event planned for later this month, but the Myrtle Beach Invitational was cancelled.

The remaining three Pitt basketball games that have yet to be announced — which Pitt Athletics said it is “still finalizing” — will be announced at a later date.

The Petersen Events Center will be filled to about 10% capacity, with 1,250 spectators allowed in, 350 of which Pitt will allocate for the Oakland Zoo and student spirit squads. Tickets for Pitt home games will be sold on a single-game basis. Additional seating within the typical Oakland Zoo sections will be opened up to the public for games played when students close the semester for winter break.