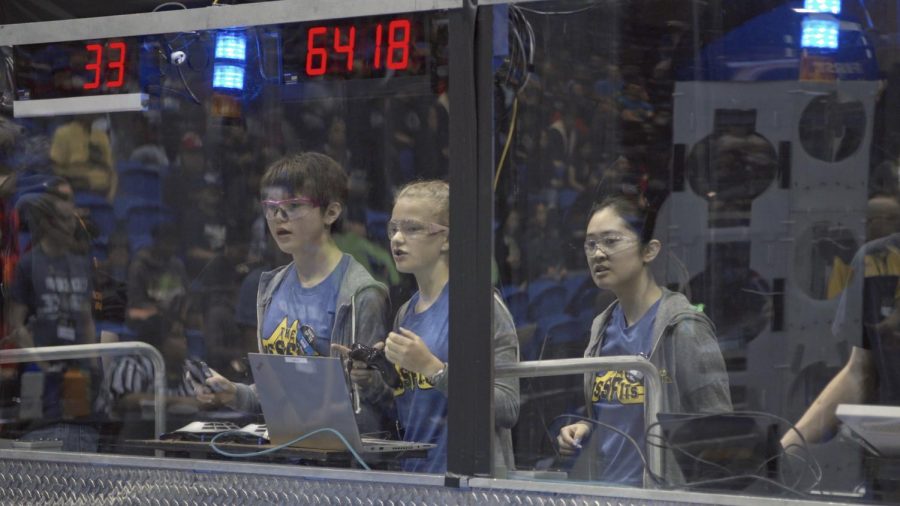 Still from “The Missfits.”

Director Sarah Gurfield didn’t have the budget to hire someone to do the special effects for her zombie flick “Boy Eats Girl.” Instead, she made intestines from vegan sausage casing, tofu and mochi for her actors to feast on.

“I love my actors, so I wanted to mitigate the gross factor as much as possible,” Gurfield said. “I tried a couple of different recipes. I put soy sauce on some of it, and they seem to like that.”

“Boy Eats Girl” is one of 167 films streaming at the virtual Film Pittsburgh Fall Festival, which begins Wednesday and runs through Nov. 22. Interested attendees can buy all-access passes, as well as tickets to stream individual films or blocks composed of several short films, on the festival website.

According to Kathryn Spitz Cohan, executive director of Film Pittsburgh, the organization originally decided to combine Three Rivers, Pittsburgh Shorts and ReelAbilities when it acquired the operations of Three Rivers from its previous host, the Pittsburgh Center for Arts and Media. Film Pittsburgh added JFilm to that list after it cancelled the April festival due to COVID-19.

“It became clear in July that we would not be gathering, but up until then I think we were all holding out hope that we would be able to gather in November,” Spitz Cohan said. “We wanted to make it as easy and smooth as possible for our patrons to participate in the festival at home.”

“Boy Eats Girl,” part of Pittsburgh Shorts, has won awards at other festivals in categories for both rom-coms and horror. Over the course of the seven-minute film, two zombies fall in love while sharing a meal of a woman’s intestines.

According to Gurfield, the film is a mildly gross, light-hearted comedy, but it also has feminist undertones. She said over half the film’s cast and crew are women, and the female zombie’s desires drive the plot forward.

“It is a woman’s appetite, both literal and sexual, that’s driving the narrative,” Gurfield said. “She’s the one who’s kind of making these choices, and she’s getting real messy doing it.”

Furloni and McLean said the inspiration for “Freeland” came about while the pair were filming “Pot Country,” a 2011 documentary that also takes place in Humboldt and addresses changes in the counterculture community due to the legalization of cannabis. Furloni described Devi’s character in “Freeland” as “a composite of a lot of people that [the directors] met in Humboldt.”

“[Fairchild] went to the farmers’ market one day, when they had a day off on the shoot, and she almost got picked up at the farmers’ market, in the little town where we were staying,” Furloni said. “We were like, ‘Yes, it’s perfect, she’s in character.’”

According to McLean, Devi’s struggles throughout the story reflect on changes not just in the marijuana industry, but in every industry affected by automation and outsourcing.

“I think it was more trying to tell a universal story about loss and change in one person’s life, in a very specific setting and industry and world.” McLean said. “But hopefully in a way that lots of different people could feel and relate to and empathize with.”

Film Pittsburgh Fall Festival also includes some kid-friendly selections. “The Missfits,” part of the Pittsburgh Shorts “All Ages” block, follows an all-girl robotics team of the same name as they prepare for a competition while facing stigma against women in STEM. San Francisco-based filmmaker Ellie Wen directed and produced the documentary as her MFA thesis project at Stanford University.

Wen said she decided to focus her documentary on the Missfits, the only all-girls robotics team in San Francisco, after seeing them give a demonstration to a group of younger kids at a science and engineering convention. From there, she followed them throughout the robotics season, during which time she said she started to see similarities between their experiences and her own.

“It was interesting to me too how much of a parallel there was between my career in filmmaking as a woman in film, and seeing them and the kinds of struggles that they face — the challenges, stereotypes and things that they face as women in engineering and in STEM,” Wen said.

Film Pittsburgh Fall Festival will also show four feature-length films and 12 short films from ReelAbilities, an international festival. According to Isaac Zablocki, co-founder of ReelAbilities and director of the New York festival, ReelAbilities began in 2007 as part of the film program at the Marlene Meyerson Jewish Community Center in Manhattan.

Zablocki said other cities began reaching out to ReelAbilities in 2012 about hosting their own programs. The festival now has iterations in 20 cities across North America, and those cities can choose films from a directory of all previous ReelAbilities films, as well as screen other films that aren’t part of the international festival.

“Every city we like to say has kind of 20% of their own films. Local films, films that we didn’t choose for whatever reason, didn’t come to our festival but work for them,” Zablocki said.

Pittsburgh’s 2020 iteration of ReelAbilities includes the documentary “Can You Hear My Voice?” about the Shout at Cancer choir, composed of singers recovering from losing their voice boxes due to throat cancer. Another documentary, “Code of Freaks,” which audiences can stream for free, explores disability representation in film through the input of disabled artists, scholars and activists.

With films spanning animation, documentary, horror, comedy and drama genres, Spitz Cohan recommended audiences look to film descriptions on the Film Pittsburgh Fall Festival website to decide which feature films to watch. She also suggested audiences tune in for the festival’s short film blocks, which Film Pittsburgh has curated to take audience members on a journey from movie to movie.

“We try to emotionally give the audience the opportunity to laugh, to cry, to be surprised,” Spitz Cohan said. “It’s a really great way to watch short films.”