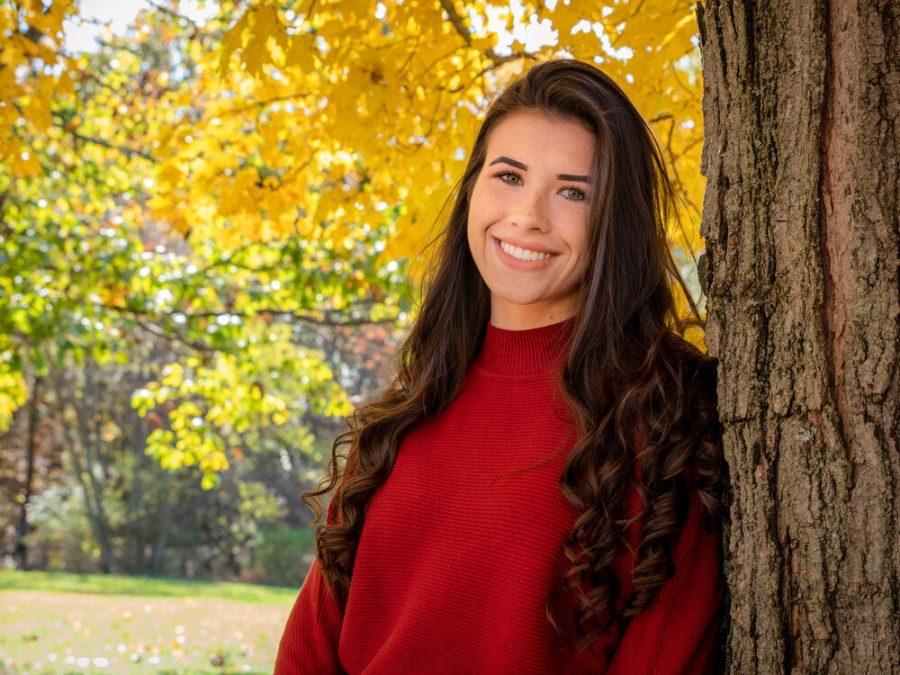 First-year Mairead Clements deferred enrollment to take classes at the Community College of Allegheny County, work and save money.

When thinking about taking a gap year, thoughts of traveling, trying new foods and exploring the world come to mind. But for those who chose to defer their first year at Pitt due to the COVID-19 pandemic, this is not the case. Nonetheless, first-year students who deferred said they are finding other ways to stay busy during their gap year.

While normally about 30 first-year students defer each fall semester, according to Molly Swagler, executive director of enrollment outreach and assistant vice provost for enrollment, 167 students decided to defer this semester.

According to Pitt’s deferring admissions website, students can only defer to the same term as their original admission. Swagler said single-semester deferments are granted as well, but on a case-by-case basis and are not as common as full-year deferments. According to Swagler, after being accepted, students can fill out a deferral request form. She said this form is then reviewed by Pitt’s Office of Admissions and Financial Aid, where the request is either approved or denied, depending on if a student pays the enrollment fee on time.

With online classes as a part of Pitt’s [email protected] program and starting the fall semester in the Elevated Risk posture, some incoming first-years said they didn’t want to start their college careers this way. Samantha Alfieri, an intended engineering major, said deferring was a smart option for her because of her high school’s poor transition to online classes in the spring.

“My experience with online classes was not good, and we just weren’t getting anything done,” Alfieri said. “I did not want to spend my first year of college in a similar experience.”

Alfieri said it wasn’t just online classes that deterred her from enrolling this semester, but also not being able to explore Pittsburgh and hang out with friends.

“I’ve been out [in Oakland] and I’ve gone to the museums, I’ve hung out in Oakland, and it’s like nice, I enjoy that, and once it looked like that wasn’t going to happen, at least for the first semester, I was starting to be like, this probably won’t be good for me,” Alfieri said.

According to the deferring admission website, students must reapply for financial aid, which may cause students to lose the aid initially awarded to them upon admission. Mairead Clements, an intended business major, said she deferred to save money.

“I was just kind of thinking about it, I was like, you know, this would be the year to stay home, save the money for this year, keep working, you know, and get some more money in your bank account,” Clements said.

Deferred students can take and transfer a maximum of 12 credits at another university during their deferral period, which may prepare them for their enrollment, according to Pitt’s website.

“Saving the money was a great choice and, you know, because I’m also making money by having the option to still be working and living at home too and saving up money as well,” Clements said.

While Clements takes courses at CCAC and works, Alfieri decided to join a program at Camp Johnsonburg, her lifelong summer camp, when she heard Pitt was going to be mainly online.

Alfieri said although living at the camp is an adjustment, it’s a good way to spend her gap year.

“Spending a year here doing programming, and hanging out with other people, there are seven of us now, just seemed kind of a good way to spend a chaotic year,” Alfieri said. “So, we’re all living in one of the lodges, and it’s pretty much just us, and just the occasional day or weekend guest, it’s really weird but it’s a lot of fun.”

Alfieri said she recommends making the most of a gap year and to apply to programs or jobs that will allow students to be productive and engaged.

“Looking for a program or a full-time job that you can throw yourself into and be productive and not just kind of be sitting and existing is a huge part of deferring,” Alfieri said, “because I want to do something because I’m young and still have a drive to do it.”